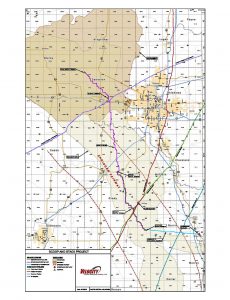 A map of Velocity’s current assets in the SCOOP and STACK plays (see below for full size image).

Velocity has secured long-term anchor customers to support the new 41-mile, 8-in. pipeline and four terminal expansions that will allow producers to deliver as much as 100,000 barrels per day (bpd) of truck injected or pipeline gathered barrels to the most reliable and competitive markets. This new pipeline will directly connect to the company’s previously announced 26-mile, 12-in. Wynnewood Pipeline project set to be in service this April at an initial capacity of 45,000 bpd of oil and maximum capacity of 120,000 bpd, according to a company statement.

The new pipeline runs parallel to Velocity’s existing SCOOP system, which is fully contracted and has a current capacity of 100,000 bpd. The new pipeline and planned gathering lines, coupled with the newly constructed dual-product truck injection terminals, will enable producers throughout the SCOOP to segregate their heavier crude barrels (produced from the Springer and Woodford oil formations) from their lighter barrels (produced from the Woodford condensate formation). The pipeline and gathering assets dramatically reduce or eliminate trucking costs and provide product segregation for barrels that have distinctly different uses and markets.

“We are excited to complete the Wynnewood Pipeline and to announce the looping of our existing SCOOP system in support of increased activity in the crude oil and condensate windows of the SCOOP play,” said Rick Wilkerson, Velocity Midstream’s President and CEO. “Velocity is focused on serving the producers in the SCOOP by decreasing their transportation costs and connecting their barrels to the highest valued and most reliable markets.”

With several recent acreage acquisitions in the SCOOP, permits doubling since this time last year and a marked increase in rig counts, the new pipeline system, planned to be in service mid-2017, will support this increase in development activity and the associated increases in crude oil and light oil production. Velocity’s multi-pipeline corridor through the fairway of the SCOOP allows it to reach more than 400,000 proved gross acres of the Woodford formation and more than 200,000 proved gross acres of the Springer formation, most of which is located within less than 10 miles of Velocity’s main pipeline corridor. 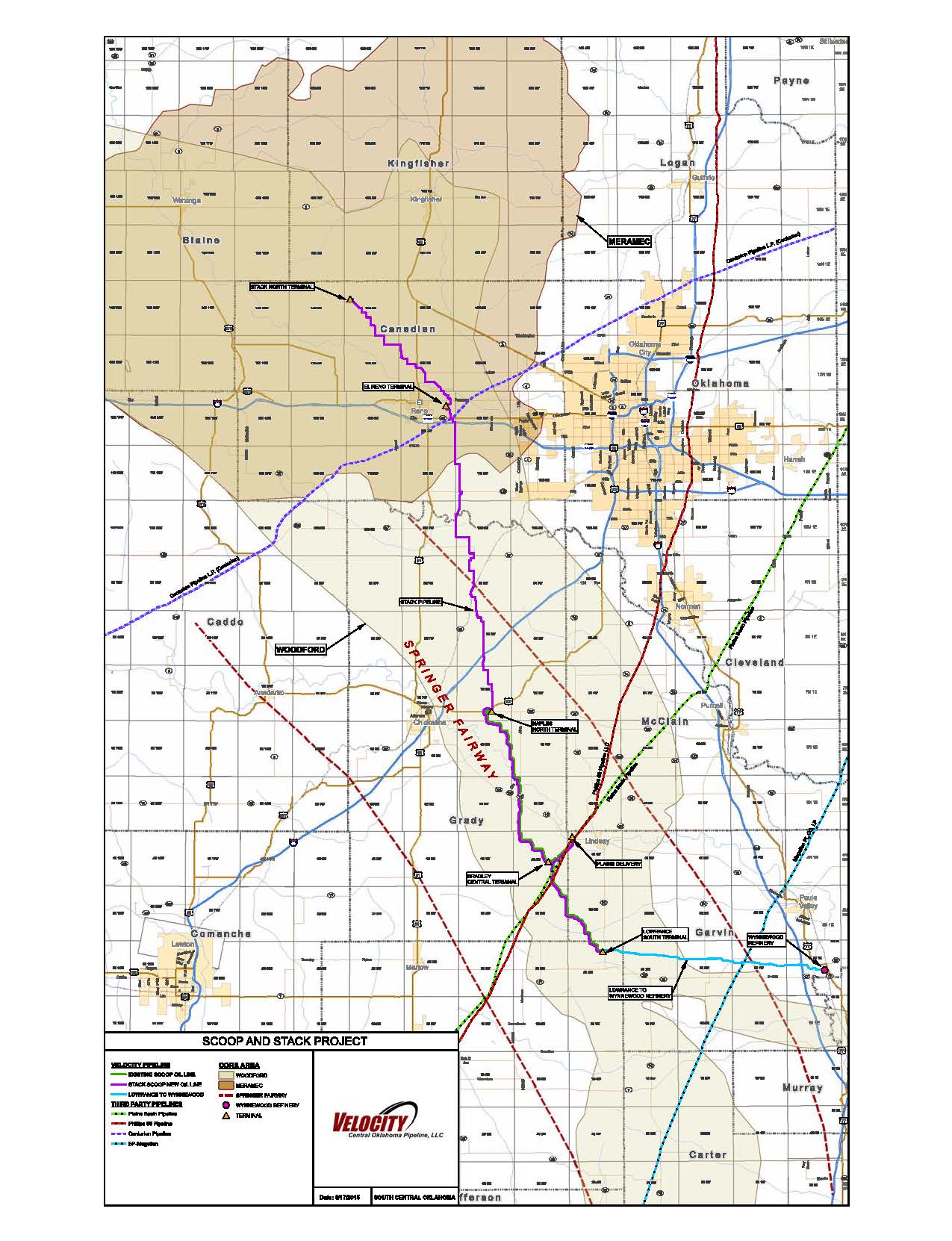 A map of Velocity’s current assets in the SCOOP and STACK plays.