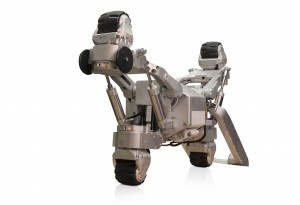 The breakthrough Cirris XI and the Cirris XR robotic systems were developed to allow gas utilities to extend the life of large diameter cast iron pipeline infrastructure. The systems, which are taking on one of the most challenging and sensitive pipeline environments, represent the next evolution of robotics in the gas industry, and are currently undergoing field testing in a live, cast iron gas main in London.

The Cirris XI Inspection Robot is a first-of-its-kind robotic system that internally assesses the condition of cast iron pipelines and collects critical pipeline integrity data that, before now, network operators were previously unable to obtain. The second robotic system, the Cirris XR Repair Robot, repairs leaks and prevents future leaks from occurring through the injection of sealant into the joints of the cast iron gas main. To minimize disruption to the public, both of these groundbreaking robots can carry out their work in live gas mains.

“ULC’s team of mechanical and electrical engineers, sensor scientists and precision machinists worked collaboratively with SGN’s innovation team to integrate the needs of the gas utilities with cutting-edge technologies to develop the Cirris XI and the Cirris XR robotic systems,” said Gregory Penza, president and CEO, ULC Robotics, Inc. “The shared vision of making a positive impact to gas customers, the environment and to gas networks around the globe is what drove our teams to complete the two-year project.” 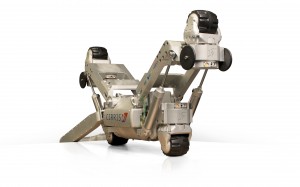 Cast iron pipelines are utilized throughout the United States, Europe and many other countries around the world, but due to their size, weight and inaccessibility can be very costly to replace. However, the thick pipe walls of large diameter cast iron gas mains are capable of providing safe and reliable service for hundreds of years.

By entering the main through a very small excavation in the street and traveling hundreds of meters in either direction to assess and renew these gas mains, the Cirris XI and Cirris XR robots will deliver reduced public disruption and lower costs while fixing and preventing harmful gas leaks.

“We’re thrilled to be trialing the Cirris XI and XR robotic system on live gas mains in London,” said SGN innovation and new technology manager, Gus McIntosh. “It’s all part of how SGN is transforming the way they work in the street. SGN wants to develop innovative solutions to repair pipes that are causing issues now and identify others before they cause issues in the future.”