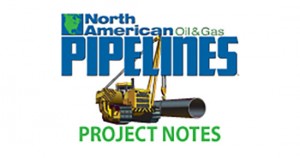 “Power generators in the Northeast and Mid-Atlantic are moving to local natural gas as the fuel of choice because it is a clean, abundant and affordable resource that reduces carbon emissions and complies with stringent air-quality rules,” said John Walsh, UGI president and CEO. “This project serves to meet the growing demand for natural gas from power generators, while providing greater system reliability and enhancing natural gas availability for our expanding customer base in communities across central and northeast Pennsylvania served by UGI Penn Natural Gas and UGI Central Penn Gas.”

The Panda Hummel Station power facility will occupy an 18-acre parcel of the 192-acre Keystone Opportunity Expansion Zone. To date, Hummel Station is expected to be one of the largest coal to natural gas conversion projects in the United States. The plant is expected to supply large power markets, including Philadelphia and New York City, when it enters commercial operations in the second half of 2017.

Later this year, UGI Sunbury LLC will file for approval to construct and operate the pipeline from the Federal Energy Regulatory Commission (FERC), the agency that regulates transportation of natural gas through interstate markets. The 20-in. diameter, steel pipeline will be designed to transport 200,000 Dth per day of natural gas . It is expected to cost approximately $160 million and to be in service in early 2017.
“We are proud to be a part of this exciting project along with UGI Sunbury and Panda Power Funds to provide natural gas supply to Hummel’s state-of-the-art plant,” said David Meehan, president of Sunbury Generation LP. “Our location near the abundant Marcellus shale supply areas has made our site near Shamokin Dam ideal for natural gas-fueled generation, and we are working closely with local communities and the Commonwealth of Pennsylvania to attract other businesses and industries to available land on the site.”

“We look forward to working alongside UGI Energy Services and Sunbury Generation as the lead developer for Hummel Station,” said Todd Carter, president and senior partner of Panda Power Funds. “These projects are good for the community, good for the Commonwealth and great for Pennsylvania Marcellus shale gas producers and royalty owners.”

Additionally, the pipeline and power plant projects are expected to benefit the region’s economy and create jobs. During the construction phase, the two projects combined will create over 800 new jobs.

Panda’s Hummel generating station is expected to bring significant benefits to the region during construction and the life of the facility. Approximately 500 jobs will be created to construct the power plant over a two and a half year period. The generating station will create approximately 27 direct, long-term jobs to run the facility and 45 indirect jobs within the community to support the plant. Construction of the 35-mile pipeline lateral is also expected to create 300 jobs, with several additional permanent jobs created to operate the pipeline over the life of the new facility.

By serving as the anchor tenant in the Sunbury Keystone Opportunity Expansion Zone, Hummel Station will also support additional investment at the site of the retired coal plant. The power facility will also help support a long-term market for Pennsylvania Marcellus Shale gas producers and royalty owners.