UGI Energy Services LLC celebrated the start of construction of its Sunbury Pipeline Aug. 24 in central Pennsylvania. The company hosted a groundbreaking ceremony in Shamokin Dam, Pennsylvania, near the Panda Hummel Station power plant that the pipeline will serve. The event featured remarks from several public officials and community leaders who praised the project and its benefits to the region.

UGI Energy Services is the midstream and energy marketing subsidiary of UGI Corp. Company president Brad Hall welcomed nearly 100 guests to the ceremony. Hall told the audience that UGI is pleased to be a part of a partnership with Panda Power Funds that will result in cleaner power generation and jobs for central Pennsylvania.

State Senator John Gordner, who serves Pennsylvania’s 27th Senatorial District that includes the site of Hummel Station and much of the Pipeline’s route, said the project’s implications reach beyond the Greater Susquehanna Valley.

“As Senate Majority Whip, I’ve worked with the General Assembly to craft policies to encourage development of this natural resource,” Gordner said. “Consumers will benefit from the Sunbury Pipeline as it ensures continued reliable generation of electricity to the regional grid, as well as from economical natural gas prices thanks to the new local supply entering the market.”

State Representative Lynda Schlegel-Culver, who represents portions of Northumberland and Snyder counties, said central Pennsylvanians recognize the significance of the Sunbury Pipeline to the area.

“Aside from providing clean and affordable fuel for Hummel Station, the Sunbury Pipeline will support hundreds of jobs for people in our area,” Schlegel-Culver said. “The pipeline is another example of how Pennsylvania’s abundant natural gas reserves are positively affecting all pockets of the state.”

“Panda is thrilled to be constructing one of the largest coal to natural gas power replacement projects in the United States, which would not be possible without the Sunbury Pipeline,” Lloyd said. “Along with UGI, we’re pleased to be contributing to the local economy through our project’s construction and future operation, and proud of what both the Pipeline and Hummel Station mean for Pennsylvania’s long-term energy reliability and economic growth.”

Other leaders speaking at the ceremony included:

The 35-mile-long Sunbury Pipeline is located entirely within north central Pennsylvania. When it is finished at the end of 2016, it will carry natural gas from the Transco interstate pipeline in eastern Lycoming County and travel through parts of Montour, Northumberland, Union and Snyder counties on its way to the power plant in Shamokin Dam. 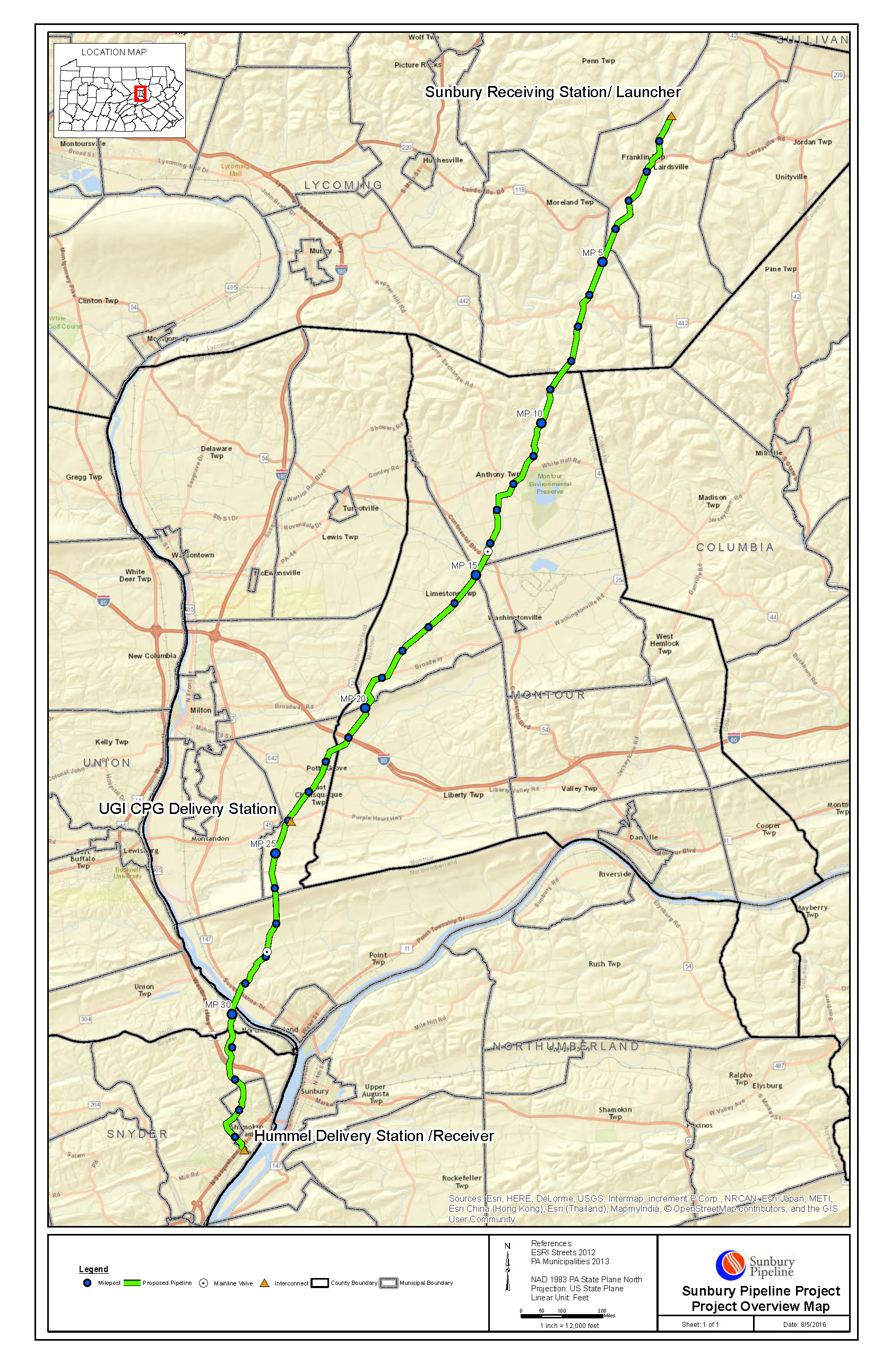