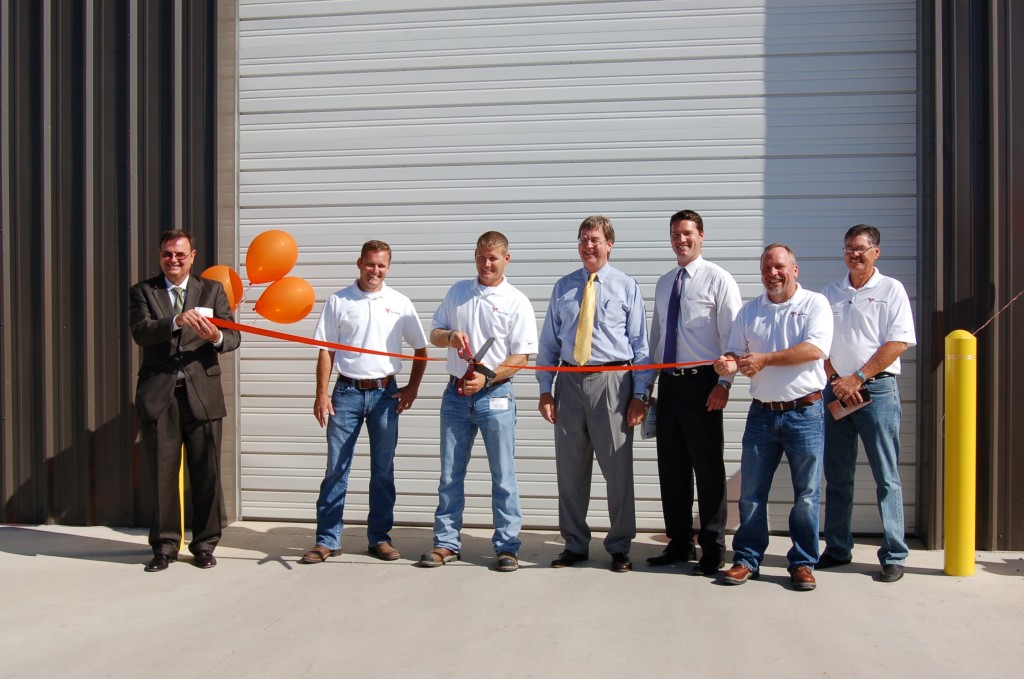 Tulsa Rig Iron, of Kiefer, Oklahoma celebrated a company milestone Aug. 25 with the ribbon cutting at its newly expanded facility.

Founded in 1987 by J.D. Young, the family-owned company, with brothers Trevor and Troy Young at the helm, is well known in the oifield and horizontal directional drilling industries as a leading designer and manufacturer of mud pumps and mud recycling systems.

Tulsa Rig Iron pumps are used for reverse circulation, hydrostatic testing, and well workover applications in the oil and gas and pipeline industry. Recycling the drilling mud can save contractors up to 70% in mud volume usage, and greatly reduces disposal concerns for the spent mud.

Fourth quarter 2013 marked a significant company milestone, as the company doubled its production facility size to more than 100,000 sq ft. The state of the art facility sits on 20 acres and houses a blast and paint booth, bake oven and other cutting edge manufacturing technology. This allows Tulsa Rig Iron to manufacture multiples of its 53-ft maxi systems at once with room to spare.

This expansion required an investment of more than $4 million, but was necessary to enable the company to reach its target production increase of 25 percent. Before the expansion, the company averaged 40 on the payroll but have increased to 54 since, and plan on adding an additional 20 percent to the workforce by second quarter 2015.