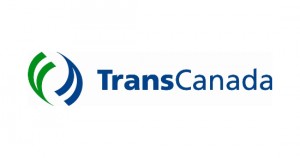 “TransCanada is committed to developing energy infrastructure solutions for our customers in Canada and the U.S., and this project would allow us to directly connect to key refineries in the Houston and Texas City area,” said Russ Girling, TransCanada’s president and CEO. “This is another great example of a project that would help to bolster North American energy security and independence.”

“Magellan is excited about the prospect of further enhancing our crude oil connectivity in the Houston market,” said Michael Mears, Magellan’s president and CEO. “This connection would provide our customers with additional supply options for the Houston Gulf Coast refining region, with access to crude oil from the Cushing storage hub.”

The joint project is estimated to cost approximately $50 million. In addition, Magellan would expect to develop additional infrastructure at its East Houston terminal to accommodate movements from the new pipeline. Magellan would serve as construction manager and operator of the pipeline. Construction of TransCanada’s Houston tank terminal is expected to be completed in 2015.

The joint project is subject to the parties’ entry into mutually acceptable agreements and, pending the receipt of any necessary rights-of-way, permits and regulatory or other approvals, the pipeline would be expected to be operational by late 2016.