Sunland Construction President and CEO Craig Meier was elected chairman of the INGAA Foundation Inc. at the group’s annual meeting in Scottsdale, Ariz., on Nov. 9. 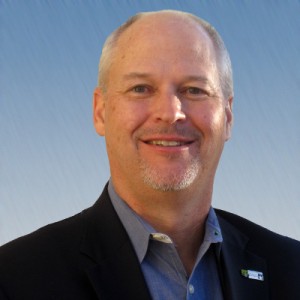 The INGAA Foundation was formed in 1990 by the Interstate Natural Gas Association of America (INGAA) to advance the use of natural gas for the benefit of the environment and the consuming public. The Foundation brings together pipeline operators and their contractors — including construction companies, steel companies, consultants, environmental and safety groups and others — to facilitate the efficient construction and safe and reliable operation of the North American natural gas pipeline system.

“Craig [Meier] is extremely knowledgeable about what it takes to construct a pipeline safely and on time. His expertise and long-standing relationships with pipeline operators and pipeline contractors make him an excellent choice to lead the Foundation for the coming year,” said INGAA Foundation president and CEO Don Santa. “Craig is passionate about the future of the natural gas pipeline industry. He is eager to lend his voice to help the public, elected officials and others understand how pipelines act as the crucial link in bringing new, low-cost, clean, domestic natural gas to markets. And, in turn, how pipelines help drive economic growth, while creating jobs and providing other economic benefits.”

Meier’s main priorities for the INGAA Foundation over the next year are:

Meier joined Eunice, La.-based Sunland Construction, a pipeline construction firm, in 1999 as a vice president and was promoted to president in 2010. In 2012, he also assumed the duties of CEO. In his current position, he manages all of Sunland Construction and affiliate business lines, including 14 division offices in 41 states. Sunland, which has been in business for nearly 40 years, employs an average 2,000 workers, and has a peak workforce of more than 3,000 employees. A diversified construction contractor, Sunland specializes in pipeline integrity, mainline pipelines, rehabilitation, compressor stations, directional drilling, marine pipelines, marsh pipelines, electrical and instrumentation, as well as other construction-related work.

Prior to his work at Sunland, Meier spent 12 years with CenterPoint Energy in a variety of construction and engineering positions, including director of engineering and construction. Meier earned a bachelor’s in mechanical engineering from the University of Oklahoma.