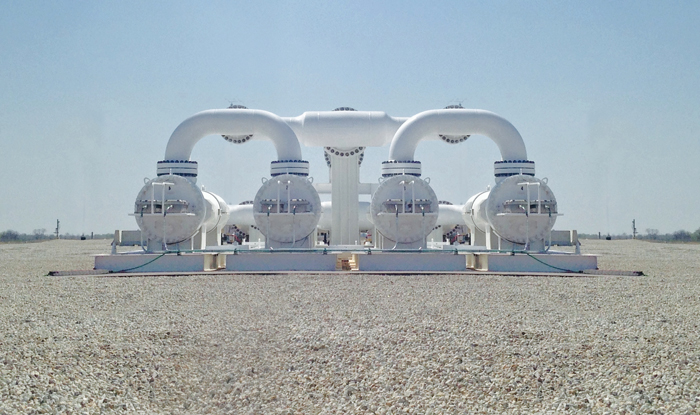 Years of Research Pay Off with Two Installations Completed in 2014

Efficiency is key when moving crude oil through pipelines that stretch from the Gulf Coast to the Bering Sea. The ability to improve that efficiency equates to increased profits for all involved in the process.

After years of research and trials, California-based Save the World Air (STWA) is poised to bring its Applied Oil Technology (AOT) viscosity reduction system to market.

“The first commercial use of AOT occurred on a 500,000 barrel per day (bpd) pipeline that happens to be one of the most modern and advanced in the world,” says Gregg Bigger, STWA CEO, referring to a lease agreement his company landed with a large North American pipeline operator. (He cannot reveal the company due to a non-disclosure agreement.) The system was completed and brought online in July and has undergone extensive efficacy testing.

“Our next deployment is on a line moving roughly 300,000 bpd. That pipeline is a critically important line transporting over 70 percent of the production of the entire state in which it is located,” Bigger adds.

For those unfamiliar with AOT, the system can work on a pipeline as a standalone unit or in conjunction with other products in the flow assurance or drag reduction realm. Where AOT differs from typical flow assurance products, typically diluents, is quite simply electric — literally. The AOT system applies an electric charge to the fluids during transport causing all of the paraffin and asphaltene content to bond together in the line. The small microclusters of molecules reduce the interparticulate drag, improving flow performance.

As for the lineage of the system, STWA first became aware of the ability to use electrorheology to reduce viscosity of crude oil in 2006 through the research of Dr. Rongjia Tao at Temple University.

“Dr. Tao’s original research showed that the application of a non-uniform electrical field could change the mechanical properties of fluids and STWA saw commercial potential in developing industrial equipment to solve growing pipeline capacity problems in the United States and global petroleum industry,” Bigger says. “Subsequent funding by STWA underwrote the testing of various grades of crude oil in the laboratories at Temple, proving the validity of Dr. Tao’s assertions and demonstrating that the operational efficiencies gained by pipelines deploying AOT would make the use of such equipment commercially viable.”

In 2011, construction of full-scale AOT was complete and STWA’s first single-barrel AOT system was tested at the Department of Energy’s Rocky Mountain Oil Field Testing Center in Wyoming in October of that year.

“The test was conducted by installing our equipment on a flow loop consisting of a 4.4-mile, 6-in. schedule 80 buried pipeline,” Bigger says. “DOE engineers filled the loop with field-produced API 34-degree oil for efficacy testing of AOT. Results showed both a significant reduction in viscosity and a drop in power consumption due to better flow and lower pressure needed to transport the crude within the line.”

Further testing was completed by Petro China and independent testing firms and the results led to the lease agreements in place today. The AOT four-barrel configuration in use today is solid state, virtually maintenance-free and is 110 tons of industrial-grade equipment capable of being installed on pumping stations on pipelines anywhere in the world.

“To ensure that the AOT technology is as operationally efficient as possible and as widely deployable as necessary, we designed the system to sit on a skid for rapid and trouble-free installation on virtually any configuration of pumping station. By routing the crude through AOT at the pumping station we’re able ensure maximum efficiency of the viscosity reduction process, which lessens the power consumed by the pumping station, reduces the line pressure needed to move the feedstock and increase the velocity of the crude as it flows,” Bigger says. “We’ve tested AOT on a wide variety of grades of crude and are intent on installing it on a broad spectrum of pipeline systems in locales throughout the world.”

In a press release about the joint venture, executives of both companies said they expect the project to yield a hybrid system optimized to separate commingled fluids under full flow and multiphase conditions.