The Society of Petroleum Engineers (SPE) has named D. Nathan Meehan, senior executive adviser at Baker Hughes, as 2016 president of the international professional society. Meehan, who is based in Houston, Texas, will take office as president-elect on Oct. 29, at the close of SPE’s Annual Technical Conference and Exhibition in Amsterdam, Netherlands. 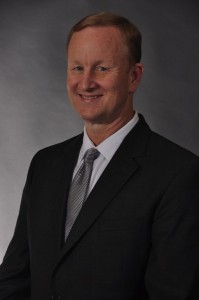 SPE has named D. Nathan Meehan as its 2016 president.

Prior to Baker Hughes, Meehan was president of CMG Petroleum Consulting, vice president of engineering for Occidental Oil & Gas; and general manager exploration and production at Union Pacific Resources. He previously served as chairman of the CMG Reservoir Simulation Foundation and as director of the Computer Modelling Group, Vanyoganeft Oil Co., Pinnacle Technologies and JOA Oil & Gas BV. Previously, he served as an at-large director on SPE’s Board of Directors.

Meehan earned his bachelor’s degree in physics from the Georgia Institute of Technology, a master’s in petroleum engineering from the University of Oklahoma and a Ph.D. in petroleum engineering from Stanford University. He served on advisory boards of the University of Texas and the University of Houston and currently serves on the EME industry relations board at Pennsylvania State and the Interstate Oil and Gas Compact Commission. He is the recipient of the Lester C. Uren Award for Distinguished Achievement in Petroleum Engineering and the Degolyer Distinguished Service Medal and served as a Distinguished Lecturer. He is a licensed professional engineer in four states and has published scores of papers and two books.