The Southern Gas Association (SGA) announced July 15 that William N. Cantrell will retire as CEO and that the board of directors has named Suzanne Ogle to succeed him in the role. 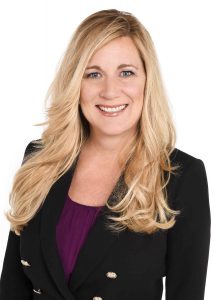 Suzanne Ogle will succeed William Cantrell as CEO of the Southern Gas Association.

Cantrell will step down as CEO on Aug. 31 after serving in the position since January 2017. He has a long history with the SGA, previously serving as chairman of the board in 2009. Subsequent to his retirement, Cantrell will continue to support the SGA in a contract role of liaison for the Gas Machinery Research Council and the SGA Associate Members. He will also continue as an instructor for the Natural Gas Champion program, a initiative developed during his tenure.

“The board of directors and I are grateful for Bill’s leadership and dedication to the SGA mission,” said Adrian Chapman, chairman of the SGA board of directors. “Bill has been a tireless champion for the natural gas industry, both during his time as a member and with the association itself, including his service as chairman of our Board.”

Chapman added that Cantrell leaves a lasting legacy for the SGA to build on, referencing his work building up the Natural Gas Champions program, which helps educate the public about the benefits of natural gas.

“I’d like to thank the board for the opportunity to lead the association,” Cantrell said. “When I moved from the electric side of our industry to the gas side back in 1997, the very first industry meeting I attended was an SGA conference. The association has played an important role throughout my career adding value for each company I’ve represented. The SGA has demonstrated great resiliency and strength over its 111-year history.”

Succeeding Cantrell, Ogle came to SGA with more than 25 years of experience in the oil and gas business and more than a decade of membership and volunteer leadership with the Independent Petroleum Association of America (IPAA). She is a member of the National Investor Relations Institute (NIRI), the Public Relations Society of America (PRSA) and the Women’s Energy Network. She earned the Accreditation in Public Relations credential from PRSA in 2009 and the Investor Relations Charter credential from NIRI in 2018.

“SGA is well-positioned for a smooth and successful leadership transition with Suzanne moving into Bill’s role,” Chapman said. “She has demonstrated a proven ability to build and grow businesses, identified creative ways to enhance our culture and has put members at the center of our strategy to showcase the critical role natural gas plays in our clean energy future.”

SGA’s membership comprises 200 businesses across the distribution, pipeline and gas supply marketing sectors as well as more than 300 industry partners who serve the industry as vendors, suppliers and consultants.