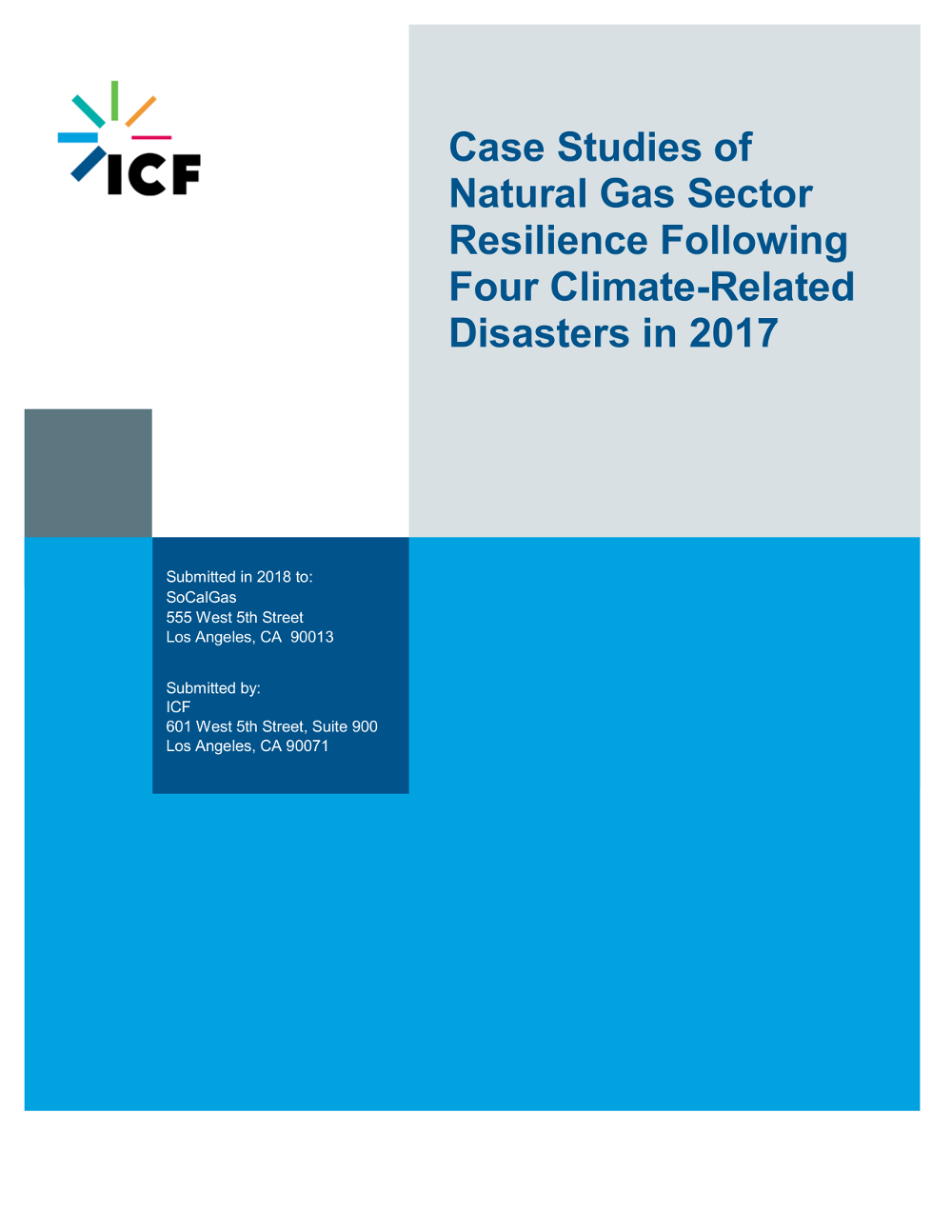 As wildfire season arrives and the U.S. recovers from two Category 4 hurricanes, Southern California Gas Co. (SoCalGas) released a new study that looks at how utilities and communities across the country can be better prepared for such disasters.

The study, conducted for SoCalGas by global consulting firm ICF, investigated damage and disruptions in the energy and transportation sectors caused by four disasters–hurricanes Harvey and Irma, last October’s Northern California wildfires, and the December 2017 wildfires and subsequent mudslides in Southern California.

“This study gave us key insights into how we can create a stronger energy system that better protects communities,” said Jimmie Cho, SoCalGas senior vice president of customer services and distribution operations. “We hope that sharing the results can help enhance resiliency both in California and across the country. The impact of these disasters makes it clear that it’s time for action, and we’re proud to play a part in that.”

The report reveals examples of resilience and best practices by various utilities, drawing from utility and state Energy department reports, interviews recounting first-hand observations, and other sources. The full study is available here.

“This case study analysis makes clear the importance of gathering information through technologies such as SCADA systems and drone capability, then sharing that data in real-time interaction between utilities and government in a natural disaster,” said Don Boland, executive director of the California Utilities Emergency Association. “Utilities, law enforcement, Fire, DOT and emergency responders cannot be siloed. Everyone needs to share information so that all parties know what can be brought to bear in a disaster response.”

The study revealed findings that may be useful for utilities and communities anywhere:

SoCalGas is using the findings from this study to help enhance resiliency locally. The company will apply lessons learned through its Climate Adaptation and Resiliency Planning Grant Program, which will provide $100,000 in planning grants to two selected municipalities.

“There are real and growing risks that energy utilities face,” said Susan Asam, the project lead and Vice President of Climate Adaptation and Resilience at ICF. “SoCalGas has shown leadership in recognizing the need to better understand these risks, the value of learning from past events, and the importance of sharing best practices widely.”