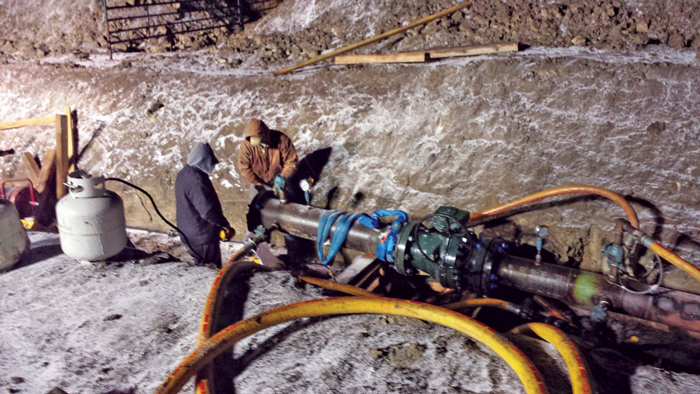 Pipeline geometry/deformation inspections can typically present many different challenges that must be overcome to provide clients with accurate and reliable data. In its 15 years of operation, Precision Pigging LLC has encountered and overcome a wide variety of these challenges while still providing an extremely high level of customer service.

Some of the most interesting challenges the company has faced in the past year included logistical issues relative to rapid deployment and temperature extremes for tool functionality. In accordance with Precision Pigging’s approach to tool design that follows principles of simplicity, which allows its geometry/deformation equipment to be extremely rugged and durable, often the most difficult external challenges may be overcome with simple solutions. Following is a discussion of the trials faced and how Precision Pigging addressed each one.

Rapid Onsite Deployment: Northeast Upgrade Project and NJ/NY Expansion Project
In 2013, Precision Pigging performed an average of two to three inspections per week, sometimes with fewer than 24 hours’ notice for mobilization. The ability to provide such rapid onsite deployment has allowed the company to establish a strong niche position with pre-commissioning clients whose tight construction completion schedules require geometry/deformation inspections on short notice. Mobilization of equipment and personnel to the remote and/or limited accessibility locations where most pipelines are constructed often presents logistical concerns that have become a specialty of Precision Pigging’s to overcome, which is greatly appreciated by its clients. 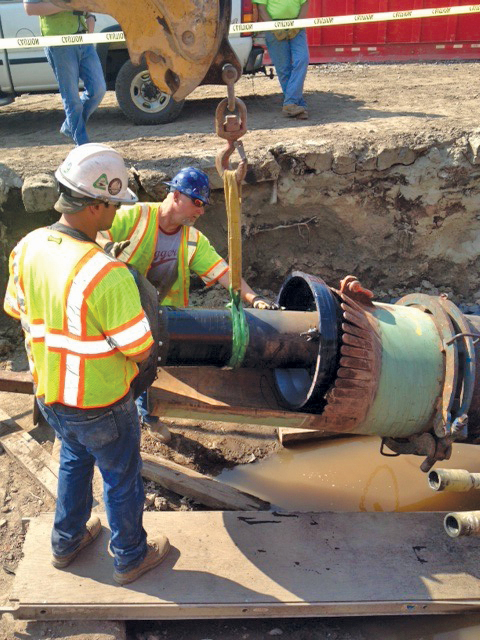 With overall project volume significantly increasing over the last 12 months, one way that Precision Pigging has managed to continue to provide rapid onsite deployment to all clients — and in particular those clients with large pipeline projects that require multiple mobilizations and multiple inspection runs — is to mobilize equipment (including the deformation tool and related equipment, as well as vehicles) to the primary location and to maintain it onsite for the duration of the project. Then, mobilizing personnel in and out on short notice becomes as simple as an airline ticket. (However, on increasingly common occasions, such as when a jobsite is so remote as to not be near any major airport, an airline ticket alone may not solve personnel transportation issues.)

The Northeast Upgrade Project consisted of nearly 41 miles of large diameter pipeline spanning from New Jersey throughout Pennsylvania. Precision Pigging was selected to perform all of the deformation inspections required for this project. For the company, it was an opportunity to return to jobsites previously visited during the inspection process for the entire original Line 300 (roughly 130 miles), which the company had completed in 2011. For purposes of the deformation inspection of the Northeast Upgrade Project, the newly constructed pipeline required 10 separate runs and accordingly 10 separate mobilizations.

During the same period of time, the NJ/NY Expansion Project, another large diameter pipeline spanning from the island of Manhattan to New Jersey, was also requiring geometry/deformation inspections for multiple runs and multiple mobilizations. When the final section had been inspected, Precision Pigging had provided deformation inspections on seven different sections, including a directional drill section that crossed under the Hudson River connecting Bayonne, N.J., and Manhattan.

At nearly 600 lbs, Precision Pigging’s 30-in. diameter deformation tool is a behemoth to mobilize. Adding in all of the equipment required to calibrate and maintain the tool, as well as spare parts such as additional urethane cups (themselves each weighing nearly 50 lbs) and replacement sensor pads and arms, rapid mobilization to the Northeast from the company’s Houston office could have become a logistical nightmare.

Fortunately, both the Northeast Upgrade Project and the NJ/NY Expansion Project were both 30-in. diameter lines and both were relatively close geographically. These two facts allowed Precision Pigging to stage deformation tools and equipment in a central location that allowed technicians to mobilize in and out of the New Jersey area on very short notice. Further, central to the ability to provide such rapid deployments was providing clients with a single point of contact to coordinate same- or next-day assistance. As a result, Precision Pigging was able to complete all of the deformation inspections for both major projects on the clients’ tight performance schedules. 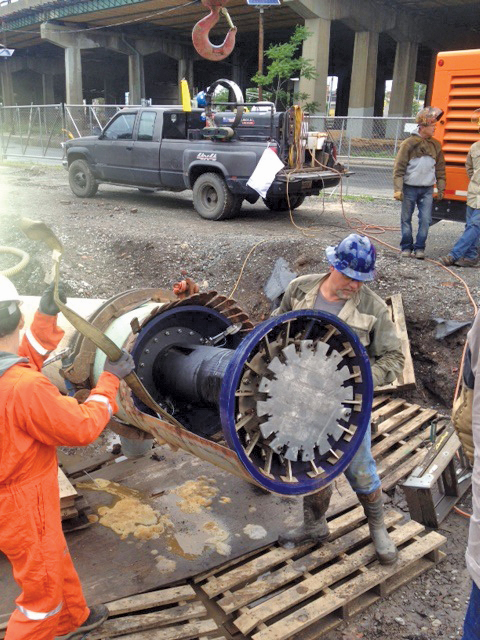 The Northeast Upgrade Project and the NJ/NY Expansion Project were both 30-in. diameter lines, and both were relatively close geographically, allowing Precision Pigging to stage deformation tools and equipment in a convenient central location.

The 10-in. diameter Vantage Pipeline, when completed, will eventually stretch nearly 430 miles from Tioga, N.D., to Alberta, Canada. It will carry colorless, odorless ethane extracted from natural gas in North Dakota. The Bakken shale development continues to produce high-quality ethane as a byproduct of oil production, but this natural gas has typically been underused. The Vantage Pipeline will take full advantage of the available ethane production, carrying it to end-users in Canada.

Precision Pigging’s role during the construction of the 80 miles of pipeline on the United States side of the border was to assist in the pre-commissioning portion of the pipeline construction process by providing geometry/deformation inspection of the completed pipeline.
While temperature extremes definitely play a role in the comfort and safety of onsite technicians, extreme cold can also potentially affect the electronic recording capabilities of deformation equipment. At the freezing point (32 degrees), electronic data recording equipment begins to reach its stated tolerance limits.

In order to preserve tool functionality, Precision Pigging opted to modify onsite operations. First, the deformation tool was kept indoors at all times when it was not in use. Further, onsite calibration and final testing of equipment that normally would take place directly at the launcher location was performed indoors as well, thereby limiting the exposure time of the deformation tool to outside weather extremes. These two simple precautionary measures proved quite successful in mitigating the effects of the extreme low temperatures encountered during the inspection of the Vantage Pipeline.

With many projects already contracted, Precision Pigging expects that 2014 will continue to be a growth year that provides novel challenges relative to performing rapid deployments, pushing the boundaries of deformation equipment specifications, and meeting client expectations.

Lorraine Coats is senior vice president of Precision Pigging LLC and a native Houstonian who joined the pipeline industry as a second career. Prior to joining Precision, she was a litigator specializing in Commercial Defense.