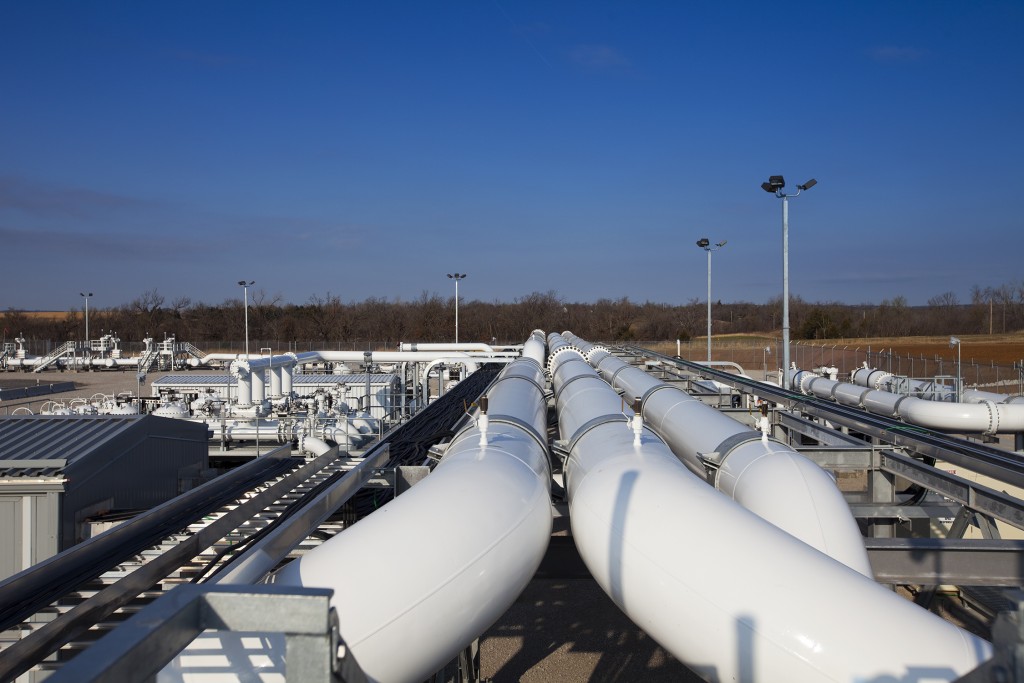 Despite the threats of a veto by President Barack Obama, a bipartisan majority in the U.S. Senate voted to approve TransCanada’s 1,179-mile Keystone XL pipeline project.

Members of the Senate voted 62-36 to approve the long-stalled project that, when completed would offer a more direct route from TransCanada’s Hardisty terminal in Alberta to Steele City, Nebraska where it would join the already existing Base Keystone pipeline system.

As can be imagined, TransCanada President and CEO Russ Girling as well as a bevy of oil and gas industry officials were pleased with the Senate’s vote to move the project forward.

“TransCanada is encouraged by the strong bipartisan support for Keystone XL by U.S. lawmakers. This is the 10th vote the U.S. Senate has passed to support the construction of Keystone XL; 10 votes in support of this important infrastructure project have also occurred in the U.S. House of Representatives,” Girling said. “This latest vote mirrors the strong will of the American public, who have consistently supported Keystone XL in a series of 30 public opinion polls over the past three years.”

The Association of Oil Pipe Lines (AOPL) hailed the passage, which the association says will provide American workers with good-paying jobs, consumers with access to lower-priced energy, communities with safer energy transportation, the environment with cleaner energy transportation and the country with more energy from a stable and secure partner.

The Jan. 29 vote came 20 days after both the U.S. House of Representatives voted 266-153 to approve the Keystone XL pipeline, which itself came hours after the Nebraska Supreme Court ruled in favor of the project route through the state.

“I’d like to congratulate Leader McConnell for passing this bill in an open, inclusive and bipartisan way,” Boehner said. “After dropping his scheme to tax middle-class college savings, we hope President Obama will now drop his threat to veto this common-sense bill that would strengthen our energy security and create thousands and thousands of new, good-paying American jobs.”

Like Boehner, Jack Gerard, president and CEO of the American Petroleum Institute, applauded the Senate vote and implored the president to reconsider his plans to veto.

“We cannot afford to veto 42,000 good paying American jobs because of politics as usual. We urge the president to make the right decision and approve KXL because it is in this nation’s best interest,” Gerard said.

He went on to say that the president’s decision on the pipeline speaks to more than just the TransCanada project but to the overall energy security of the nation.

“We agree with the president that our sights should be higher than a single pipeline. But if we can’t make a decision on a single pipeline, how can we expect to ever convince the market we can accomplish comprehensive infrastructure improvement? Indecision has consequences,” he said. “The fact is that if all other infrastructure projects are delayed like Keystone XL, we are years away from approving anything that could create jobs and enhance our energy security.”

One of the key players in the bipartisan effort and a fierce supporter of the project is Sen. Heidi Heitkamp (D-ND), who helped recruit 10 other Democratic senators to vote on the project issued the following statement that both applauds the vote and urges a continued move to create an all-of-the-above energy plan to firmly cement the nation’s energy independence.

“ Today the Senate finally stepped forward together and said ‘enough is enough’,” said Heitkamp. “Americans are counting on us to work for them, and that means supporting projects, like the Keystone pipeline that are in the best interest of our energy, economic, and national security. If we truly want North American energy independence and if we mean what we say when we talk about seeking an all-of-the-above energy plan, we have to unite on common sense infrastructure projects like the Keystone pipeline that are good for North Dakota and the U.S.

She continued, “While I’m disappointed that my colleagues who have committed to this multifaceted approach in the past did not stand behind my reasonable amendments – which would have strengthened American renewable energy production and advanced North Dakota job and energy priorities – it’s imperative that we pass the Keystone pipeline, and move on so we finally talk about what the larger energy strategy is for our country. Today’s vote is a step in the right direction. We can restore the faith and trust of this nation in our ability to deliver a better future for generations yet to come – and we can do it by working together, like we did today, and making the responsible decisions to move our country closer to an all-of-the-above energy strategy.”

To those who question the need for the pipeline when oil is less than $45 a barrel, Girling pointed out that when the project was first proposed in 2008, the price of oil was less than $40.

“We have continued to show why Keystone XL is an important infrastructure project that benefits American workers, communities, governments and businesses – all without any government investment,” Girling said. “It’s time to approve Keystone XL so we can transport Canadian and American oil to fuel the everyday lives of the American people. We look forward to a decision by the U.S. Administration to approve the construction of Keystone XL.”

As of this post, there is no word from the White House if the president would reverse his decision on a veto.