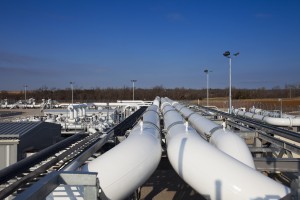 The U.S. Senate has advanced legislation to approve the Keystone XL pipeline, despite warning that President Barack Obama will veto the measure.

The Senate voted 63-32 on Jan. 12 to clear a procedural hurdle and begin debate on the bill. A final vote is expected later this week.

Construction industry leaders have come out in support of the Senate’s action. Dennis Slater, president of the Association of Equipment Manufacturers (AEM), released a statement urging Obama to reconsider his “ill-conceived threat to veto the legislation that will soon be sent to him by Congress, and stop playing politics with our nation’s energy infrastructure.”

“President Obama, it’s time to stop being an obstacle to this commonsense, job-creating project,” Slater said. “[Monday’s] Senate vote shows that the debate over Keystone is over everywhere but 1600 Pennsylvania Avenue. Both the American public and their elected representatives resoundingly support this important piece of energy infrastructure, and any remaining legal obstacles to the pipeline’s construction fell with last week’s decision by Nebraska’s Supreme Court.”

On Jan. 9, the U.S. House of Representatives voted 266-153 to approve the Keystone XL pipeline hours after the Nebraska Supreme Court ruled in favor of the project route through the state.

The White House released a statement earlier in the week that Obama would veto a bill supporting the long delayed TransCanada Corp. project, but that was before the Nebraska court ruling, which the president said he would wait for before making a decision on the pipeline.

The Nebraska Supreme Court began hearing arguments in Thompson v. Heineman last September regarding a Feb. 19, 2014, decision by Lancaster County District Judge Stephanie Stacy who declared that a 2012 law used to approve the proposed pipeline route through Nebraska was unconstitutional.

Stacy ruled the law improperly gave former state Gov. Dave Heineman authority to approve the pipeline route and wrongly divested the Nebraska Public Service Commission of control over common carriers and therefore regulatory control over the pipeline. She granted a permanent injunction to prevent Heineman and the Nebraska Department of Environmental Quality from taking further action to advance the pipeline, but the higher court overturned the decision.

TransCanada president and CEO Russ Girling applauded the Nebraska court decision in a statement and said the federal review of the project could “pick up where it left off.”

“Every aspect of this project has been extensively reviewed and we have repeatedly demonstrated how this project is in America’s national interest,” Girling said. “Along the route, we have acquired 100 percent of land easements from private landowners in Montana and South Dakota, with 84 percent of those acquired along the new route in Nebraska.”

Girling said the project still makes “environmental, economic and geopolitical sense” despite the drop in oil prices over the last six months.

In November, the House approved a similar bill, but the U.S. Senate defeated the measure by one vote Nov. 18, 2014. At that time, many pundits speculated that when the new Republican-controlled Senate convened the long-stalled pipeline project for TransCanada would be at the top of the agenda.