Schramm Inc., a manufacturer of mobile, land-based hydraulic drill rigs used extensively in the global energy industry, has appointed Kelly Shideler to the newly created position of oil and gas business development manager based in Houston. Shideler’s responsibilities will include the energy sector in the South Central Region of the United States including key areas of shale development in Texas, Oklahoma, Louisiana, New Mexico and Arkansas. He will report to Peter Christian, Schramm’s vice president of oil and gas. 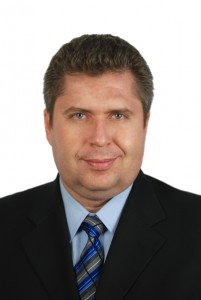 “While we’ve been operating in the U.S. for more than 110 years, we are excited to welcome Kelly Shideler and strategically establish a Schramm presence in Houston and take advantage of the huge potential growth opportunities created by the region’s booming, shale-driven oil and gas industry,” said Ed Breiner, president and CEO of Schramm, “With this new position, we look forward to playing a significant role in developing shale plays across the U.S. and to introducing regional producers to the entire line of Schramm Telemast rigs designed to raise the bar for drill rig safety, portability and production.”

Shideler’s primary focus will be the upstream deployment of Schramm Telemast drill rigs, including the T500XD — the first of the company’s Telemast rigs specifically designed to handle the unique challenges presented by shale pad drilling.

Shideler brings to Schramm more than a decade of oil and gas experience. Prior to joining Schramm, Kelly served as vice president of land rig business at TSC, a global drilling product and service provider. He has also held several positions at oil field equipment and service provider TESCO, including executive assignments in China and Russia.

“As American shale production continues to take off, this is an exciting time to join Schramm and work with cutting-edge technologies that can revolutionize shale production and the entire energy industry,” Shideler said. “It is an honor to join a team with such a great history of American manufacturing excellence and innovation as they work to provide drilling systems that increase community and worker safety as well as lower operating costs and boost industry performance.”