Winston Churchill said, “If you have 10,000 regulations, you destroy all respect for the law.” Respect or not, there are lots of energy regulations, and compliance is required. This is the first installment of a column summarizing recent federal regulatory developments that impact the North American oil and gas pipeline industries.

The functions or products transported by pipelines often determine their regulatory status. For example in the natural gas industry, state regulatory commissions exercise jurisdiction over gathering lines, which transport production from the field to a processing plant or transmission line and distribution lines, which deliver gas under lower pressures to end-users. Interstate transmission lines, which link the gathering and distribution systems are subject to regulation by the Federal Energy Regulatory Commission (FERC). FERC must authorize the construction of new interstate pipeline facilities (and along with that can grant condemnation rights), as well as the rates, terms and conditions of service. In contrast, FERC has no authority over oil pipeline construction, but must approve oil pipeline rates.

Pipelines efficiently move large quantities of natural gas and petroleum products through every state in the country, often in densely populated areas. The odds of a pipeline failure are low, but the consequences can be significant. Federal, state and tribal authorities share responsibility for pipeline safety, but most states (and the District of Columbia) have chosen to adopt by reference the federal pipeline safety regulations. The federal regulations are promulgated by the Department of Transportation (DOT), in particular the Pipeline and Hazardous Materials Safety Administration (PHMSA), which oversees the safety of natural gas and “hazardous liquid” (e.g., oil) pipelines.

The mission of the Environmental Protection Agency (EPA) is to protect human health and the environment. It does this by writing and enforcing regulations based on laws passed
by Congress. Historically, EPA enforcement activities in the natural gas industry related to polychlorinated biphenyl (PCB) contamination and hazardous waste disposal at pipeline compressor stations. In 2012, the EPA, acting under the Clean Air Act, began issuing federal air standards for natural gas wells that are hydraulically fractured.

In March 2015, the PHMSA amended its pipeline safety regulations to address a variety of issues. The effective date of the amendments is Oct. 1, 2015, but immediate compliance is authorized. Examples of the changes include the following. An individual who performed a construction task on a transmission pipeline or main cannot inspect the work. (49 C.F.R. § 192.305) The definition of “hazardous liquid” now includes ethanol. (§ 195.2) And, after discovering an immediate repair condition, the operator of a hazardous liquid pipeline must calculate the remaining strength of the line or reduce operating pressure until a repair can be completed (§ 195.452(h)(4)(i)).

In January, the Obama administration announced a new goal to cut methane emissions from the oil and gas sector by 40 to 45 percent from 2012 levels by 2025, and a set of actions to put the U.S. on a path to achieve this ambitious goal. Why? Methane is a greenhouse gas (GHG) and represented 10 percent of all GHG emissions in 2012.

Among the many pipeline construction projects before FERC, two different proposals involve moving shale gas from the Marcellus and Utica basins to market. First, Spectra Energy Corp., through its pipelines Algonquin Gas Transmission LLC and Maritimes & Northeast Pipeline LLC, is developing the Atlantic Bridge Project to transport 222 million cubic feet (MMcf) per day of shale gas from the Marcellus and Utica basins to New England. The project is currently in FERC’s pre-fling process, that is, a series of activities which provide interested parties (e.g., landowners, government agencies and FERC staff) — an opportunity to review project-related information and identify issues prior to the pipelines’ seeking authorization to construct and operate the proposed facilities.

Second, on Feb. 13, 2015, Tennessee Gas Pipeline (a Kinder Morgan company) filed with FERC an application requesting authorization to transport up to 200 MMcf per day of natural gas produced in the Marcellus and Utica shale supply areas to markets in the southeastern United States. Specifically, Tennessee proposes to construct four new greenfield compressor stations (two located in West Virginia, one located in Kentucky and one located in Tennessee), and modify two existing compressor stations along Tennessee’s system (both located in Kentucky). 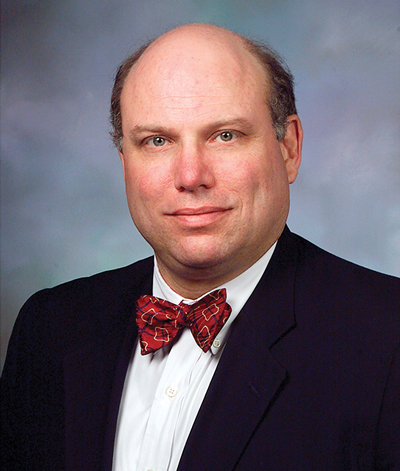 Steve Weiler is a partner in the Washington, D.C., office of Stinson Leonard Street LLP. Steve has more than 25 years of experience in a broad range of administrative, judicial and transactional matters, involving the natural gas and oil pipeline industries. He has represented producers, marketers, intrastate and interstate pipelines, local distribution companies and industrial end-users in a wide range of regulatory proceedings, including administrative litigation and enforcement matters before the Federal Energy Regulatory Commission (FERC), as well as appellate litigation.