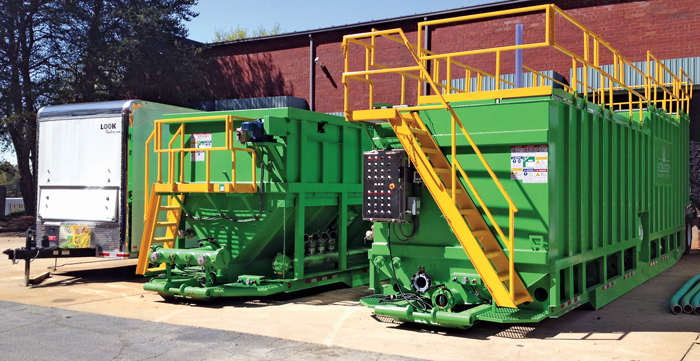 Hydraulic fracturing is controversial, and that controversy certainly is not completely unwarranted. To fully understand the many issues with fracking and how to improve the process, reduce its environmental impact and quell the fears of those who are against it or lack a comprehensive understanding of it, one must first realize that public opinion is rather easily manipulated by fear. That fear is based on environmental concerns, both known and the possibility of further problems yet to be discovered. It is perpetuated by organizations that want to see all fracking completely banned.

The primary target of derision is how drillers use water. Ironically, this is directly in line with the industry itself, which responded that water management is the No. 1 issue in need of regulation, according to a recent survey conducted by Ecologix Environmental Systems among oil and gas industry professionals.

Since water issues top the list of concerns by both environmentalists and the industry, the key to bridging the gap between the two is agreeing on appropriate water treatment. Fortunately, there is a simple solution that satisfies both sides: wastewater management. Fracking opponents will be glad to know that drillers who treat flowback water can greatly reduce their need to withdraw fresh water while at the same time eliminate disposal of chemically infused water. Drillers will be pleased to hear that this solution is not only cost-effective, but it actually improves the productivity of wells.
Water goes through a process, or lifecycle, when used for fracking.

Acquisition
Fracking a well requires water. A lot of water. While the amount needed varies, an average is roughly between 3 million and 5 million gallons. Data on how many hydraulic fracturing wells are in operation is not specific, but a safe assumption is that the number is in the tens of thousands at any given time. So hundreds of thousands of wells exist, and each one needs an average of 3 million to 5 million gallons of water — and that’s per frac. Some wells can be fracked multiple times.

It’s easy to see how high water usage for fracking skyrockets. Where is all this water coming from? The short answer is that it is purchased on the open market. Drillers purchase the right to withdraw water from landowners whose property sits above an aquifer, since water rights are tied to land ownership. This is in contrast to mineral rights, which are usually purchased and traded independently of the land above. Drillers then extract the water from underground aquifers, the same places that irrigation and drinking water come from. 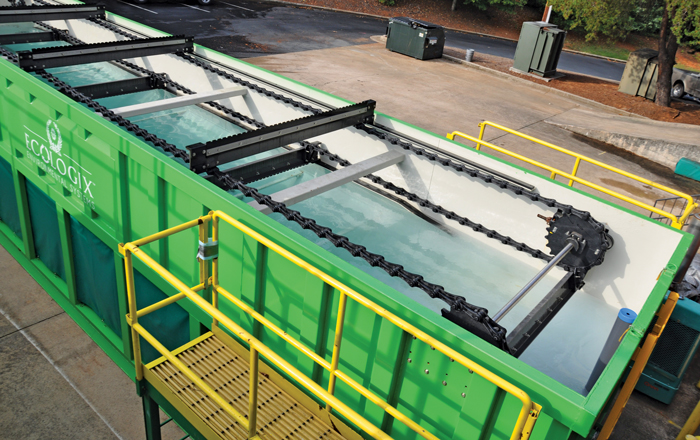 Transport
Since aquifers frequently are not located near drilling sites, water must be transported. The most common method of water transport is via tanker truck. A frac that requires only 3 million gallons of water would need 350 tanks of water, each of which must be hauled by trucks, one at a time, as they burn fossil fuels and cause wear and tear on roadways. Often, local communities also dislike the disruption this causes to traffic flow and noise levels.

Once the water has been delivered and used, it must be discarded in a disposal well, requiring additional transport to get there. Therefore, double the number of trips on the water’s journey: Our well has now required 700 tanker truck trips to operate. Like proximity to aquifers, many drilling sites are not located near disposal wells and the water must be hauled great distances, often across state lines. A remote hydraulic fracturing operation could require more than 50,000 cumulative miles of water transport.

Fracking
When fresh water arrives on site, it is infused with a slurry of chemicals that serve a variety of purposes, including lubrication and dissolving debris in the fissures created by the fracking process. A proppant, or coarse material usually made of sand, is also added to the mixture in order to penetrate into the frac fissures and keep them open and producing. The mixture of water, chemicals and proppant is colloquially referred to as “frac fluid.” This frac fluid is commonly 90 percent water. Sand or another proppant makes up 9.5 percent of the mixture with various chemicals contributing the final 0.5 percent, according to the American Petroleum Institute (API).

The frac fluid is piped into the well, and over the next several days most of it flows back to the surface. What comes back is called flowback water, and it includes the original frac fluid, but it also picks up many naturally occurring chemicals from underground. Additionally, it mixes with oil freed from shale by the fracturing process and highly saline natural brine water from the depths where fracking occurs.

Wastewater
Because of its level of contamination before any treatment happens, flowback water is considered waste. Since it takes several days for most flowback water to reach the surface, drillers usually store it on site until the flow has slowed. The most common storage technique is to dig a temporary pond, line it with heavy-duty materials and let the flowback water pour into it. Large storage tanks can also be used to temporarily hold the flowback water, and some states are now requiring this and banning open-air pits.

Once all the flowback water has reached the surface, drillers load it into tanker trucks and haul it to disposal wells. These are usually dormant, empty wells left over from conventional drilling. Once flowback water has filled a disposal well, the top is capped off and the water is permanently sealed thousands of feet below ground where it stays away from the environment, never to see the light of day again. Not only does this create a net deficit in the natural water balance, disposal wells are also controversial themselves and some studies have linked them to increased seismic activity.

Because of the complex steps water has to go through to be used in fracking — withdrawal, transportation, chemical infusion and disposal — the public has valid reason for concern. While technological solutions that permit less water to be used in the process are in their developmental infancy, operators still have an obligation to minimize impact on water resources and should be held accountable for usage.

Water Treatment
The best solution for water used in fracking is for operators to treat it themselves instead of disposing it. There are many competing systems tailored for this exact purpose available, including the Integrated Treatment System (ITS) available from Ecologix Environmental Systems. Each system works differently, but the goals of all of them are the same — to prevent flowback water from being permanently discarded, or rather to permit flowback water to be reused in the fracking process.

Withdrawal — Frac wastewater treatment systems are not engineered to create potable water; that process is simply too expensive. Instead, the water is treated for the needs of the fracking industry. This enables treated water to be reused over and over in new fracs, greatly reducing the need to withdraw fresh water from local sources.

Transportation — Treatment systems built for fracking are mobile and can be located on individual sites or strategically placed to service multiple nearby wells simultaneously. This greatly reduces the distance the water must travel, and in many instances temporary pipelines can be installed to eliminate the need for truck hauling entirely.

Storage — The longer untreated flowback water is stored, the greater the opportunity it has to cause environmental damage. This water can be treated almost immediately after it flows back and stored. Open-air pits or storage tanks filled with treated water are much less problematic to the environment than when they contain untreated flowback water.

The reduction of environmental impacts that treating wastewater enables is one side of the coin; the benefit it provides to drillers is the other. This benefit comes in the form of increased productivity of the well. Each shale formation has different compositions throughout that can vary, even within the same well at different depths. Understanding and mapping these variations can be calculated into the water treatment process so that as water is treated, it is also conditioned to interact properly with the natural chemistry of the well. Properly conditioned water ensures that the fissures created by fracking remain open and allow maximum flow of trapped oil and gas. This increased productivity almost always more than offsets the expense of treatment programs.

Educating the Public and Industry
The big question is, if treating frac water is a solution that reduces impact on the environment and helps drillers get more output at a lower cost, why isn’t it standard operating procedure? The answer is a combination of inertia and education. Much like a locomotive at full speed requires more than a mile to stop, drillers have been fracking the same way for years and the method has inertia. Fresh water is relatively cheap, the tanker truck industry is established, and there are thousands of disposal wells ready to accept wastewater. It’s a tried and true method.

The other problem is education. There are many drillers who simply do not know that a better way exists. Some who do know may be skeptical of implementing new methodologies unknown to them. The education component also extends to the public. On one side of public opinion you have, “Drill, baby, drill.” And on the other you have, “Ban fracking now.” Like most politically charged issues, the public’s opinion lies somewhere in between these extremes. If more people understood that there existed a way to balance energy needs with protecting natural resources, there surely would be increased public buy-in of fracking.

It’s clear that fracking as an energy production method will remain a part of our energy future. So instead of sitting at opposite ends of the table, environmentalists and energy drillers should come together to promote the idea of responsible fracking. This can be accomplished by educating the general public, activists and the industry on the ways water treatment companies are mediating the lynchpin issues in the industry: protecting water resources and ensuring proper treatment to protect the environment. Lawmakers also can be encouraged to draft enlightened legislation that sets standards for water withdrawal, disposal and treatment that require oil and gas extraction to be carried out responsibly and respectfully. The technology to do so exists, and it’s just a matter of getting the right people to care.