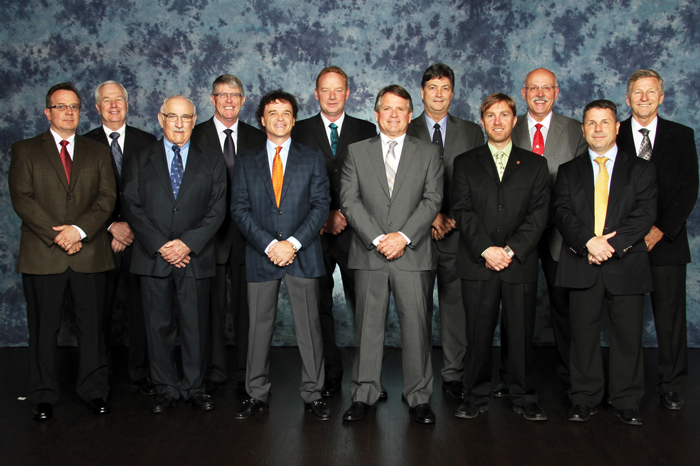 The Pipe Line Contractors Association of Canada (PLCAC) hosted its 60th annual convention at the Westin Bayshore Hotel, which overlooks Vancouver Harbor and the iconic Stanley Park. This milestone anniversary provided the opportunity for a number of special convention celebration activities — not to mention the usual business and networking that occurs each year at the event.

David Johnston, of T.W. Johnston Co. Ltd and PLCAC‘s 2013-2014 president, kicked off the convention with a party the first night with the theme “Diamonds Are Forever.” The second night John Deere treated everyone to a “Splash Bash” party at the Vancouver Aquarium. Wednesday evening featured a “Best of the ‘60s” theme party sponsored by Caterpillar. 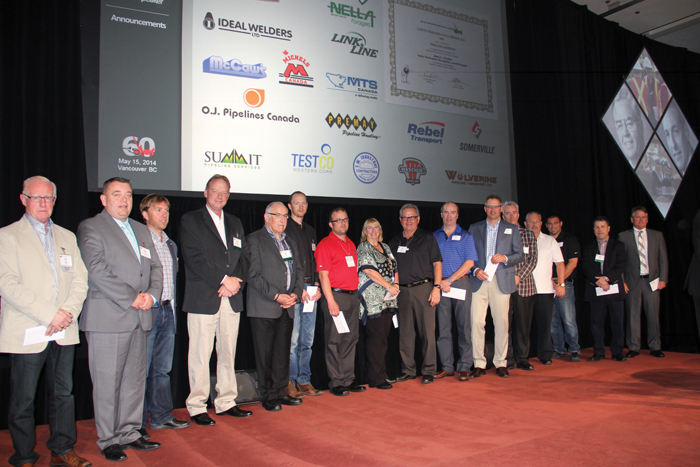 Safety awards were also part of the agenda, as well as the annual Jack Cressey Future Leader Award, which was presented to Tom Patcka, O.J. Pipelines Canada. Attendees also had the opportunity for optional activities that included a tour of Granville Island, a Vancouver Harbor boat cruise, sea kayaking, and a bike tour of Stanley Park.

The final evening featured a 60th Gala Celebration Reception and Banquet. Attendees were treated to a fantastic impressionist, Martin Dube, who entertained the crowd with songs that had been performed by well-known personalities over many years. At the close of the evening, Johnston passed the president’s gavel over to Mike Prior, of Michels Canada, who is PLCAC’s 2014-2015 president.

The 2015 convention will be held April 13-17 on the Island of Maui, Hawaii, at the Hyatt Regency Resort.