We Want You! Pipeline Industry Aggressively Refreshing an Aging Workforce 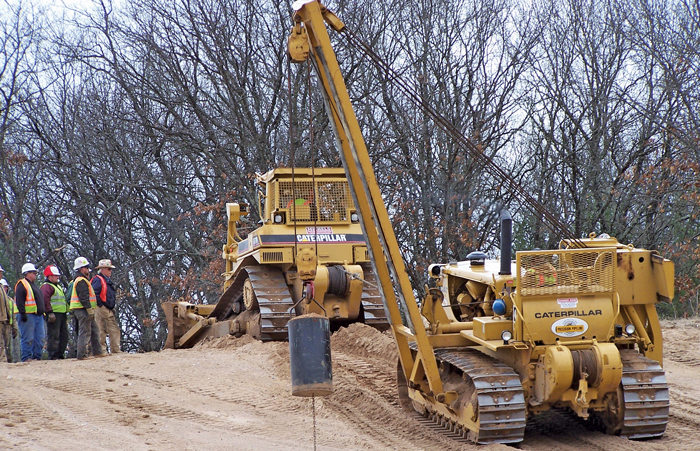 Many pipeline experts say that filling the void left by a workforce, trained in the 1960s and 1970s, that is nearing retirement age, is one of the biggest challenges facing the industry. The issue of the aging workforce came up in several sections of the North American Oil & Gas Pipelines January roundtable discussion story about the industry in 2014. [If you missed it, read it here.]

Further proof of this trend came Feb. 10 when FMI, a leading management consulting and banking investment firm for the engineering and construction industry, released its white paper “Skills Shortages in a Booming Market — The Big Oil and Gas Challenge.”

The report estimates that in the next four years, more than $330 billion will be spent on oil and gas related construction, double the amount spent in the last four years.

The industry, both contractors and unions, are not sitting back and watching their experts retire as the midstream sector booms in North America. Instead, they are actively training the new workforce to meet the demand for more pipelines and to repair the existing infrastructure.
“The need for skilled workers has never been greater,” said Tommie Divine-Alford, director of recruiting for Willbros Group. “We work very hard to always ensure that our recruiting efforts meet our project obligations. That’s one of the reasons we’re proactive with our college recruiting, Graduate Development program, apprenticeships and training for all our employees, including craft personnel.”

The problem is not unique to the United States with the Canadian crafts facing the problem, says Robert Kinsey, UA International Representative for Western Canada and mainline pipeline for Canada.

Retirements Loom
Divine-Alford says that the average age of skilled employees is about 46 and many will retire within the next five to 10 years. Hence the push to recruit and train workers for the industry now because she estimates that it takes the workers two to five years to become familiar with the industry and another 10 or more years to gain experience to get to a leadership position. 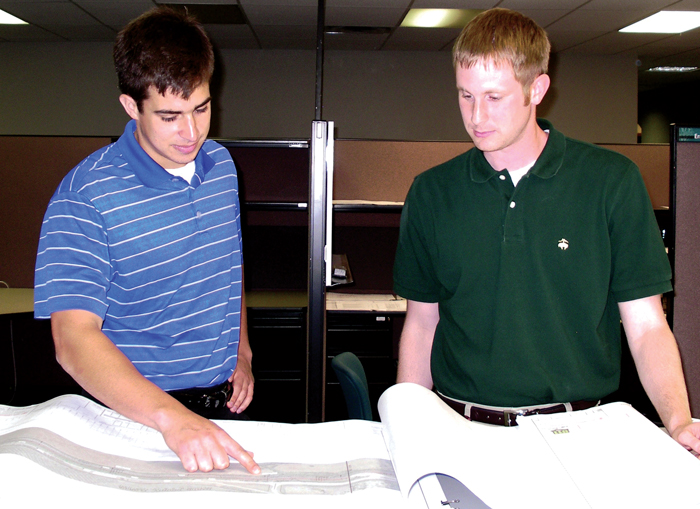 Ernest Gibson and Thomas Richardson, participants in the The Willbros Group began its Graduate Development & Rotation Program to attract, retain and motivate high-quality candidates to join the company. Those in the program must have a Bachelor’s or Master’s in construction management or civil, structural or mechanical engineering.

The FMI white paper estimates that demand across the 18 craft categories involved with the industry will grow from 254,600 in 2012 to an estimated 501,800 in 2017. Key shortages from 2012-2017 will be pipefitters, supervisors, welders and engineers with demand for each segment to be almost twice that of the current supply.

Divine-Alford noted that there is a definite high demand for welders and heavy equipment operators and there is a demand for employees with industry experience in engineering, project management, scheduling and estimating.

“Our average active age of our membership under our most recent evaluation is 43.7 years of age whereas only 15 years ago it was 41.4 years of age,” Kinsey said. “Because of these concerns we are currently spending increasing amounts of training monies in order that we can ensure that we have the qualified, productive and safe workforce that is needed in our industry.”

So why is there a lack of appeal in the pipeline industry despite unemployment being a big issue across the nation?

One reason that Divine-Alford noted is that vocational schools are not as prevalent as they once were therefore the visibility of the trade professions decreases along with the opportunity to learn them. Another reason is the proximity to the work.

“I think one of the biggest problems is that most of the folks work in their local vicinities and not terribly far away,” said Mike Gavlock, a 39-year veteran of the industry and training coordinator for the National Pipeline Training Program. “Granted if there’s work in the Marcellus Shale and it’s right in your backyard and it goes on for years and years then generally that’s not a problem. It’s when they say, ‘Okay now we got a job not in Ohio but we have a job in Montana,’ that’s when it gets a little bit problematic.” 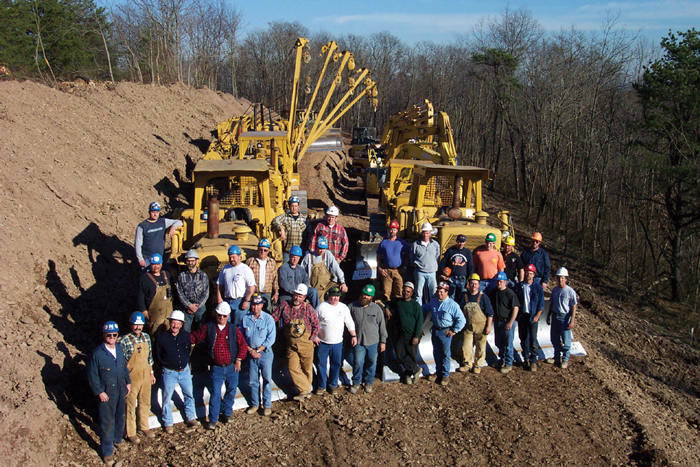 Gavlock chalks that up to a change in lifestyles from when he started working alongside, and learning from, World War II and Korean War veterans who rarely, if ever, missed work and would not balk at working on a Saturday to get the job done.

Hands-on Training
For its part, the UA has spent more than $2 million since 2009 on upgrading its training courses in Western Canada alone.

“Because of this training we are enjoying resurgence in applicants to our programs in the welding and journeymen fields,” Kinsey said.

Kinsey says most of the interest leans toward mainline pipeline applications rather than maintenance or distribution type work.

“We are currently manning all related pipeline work that requires UA tradespeople and helpers at a very busy time in our industry,” Kinsey said. “We have every intention of manning future projects with a growing manpower supply, that if needed, could eventually include qualified U.S. members from our sister organizations in the United States.”

The training program Gavlock coordinates is the outcome of the International Union of Operating Engineers (IUOE) and the Pipe Line Contractors Association (PLCA) National Pipeline Training Fund. The fund targets workers in the sewer and water, heavy, highway and the building trades.

“They’re already operators but we train them to work in the (pipeline) industry,” he said. “Another good target of ours is the IOUE apprenticeship program.”

The targeted apprentices are in their third and fourth years, have some operating abilities and the training fund refines those abilities for pipeline work.

Gavlock’s involvement in growing the training program started 17 years ago when he realized that he was the youngest operator on projects at a time when he should not have been the youngest. At the time (1980s through the 1990s), there was a lull in the industry and he knew that the industry needed to start training people for when the work picked up.

That time is now, and he sees the hands-on program as being a successful one with training available across the country and targeting areas where the work is, addressing an operator’s reluctance to work on a pipeline project due to proximity.

“We have students who never worked on pipelines that have become superintendents for pipeline companies. That is a huge success,” Gavlock said. “Several of them (program graduates) are foremen and a lot of them become key personnel for the company. Yeah, it’s been very successful. We’ve put thousands of people through the program over the years.”

The program gained traction and participation from 2006-2009 and participants receive training on a variety of equipment including angle dozers, excavators, side booms, bending and engineering, horizontal directional drilling, gas and liquid operator qualification and maintenance to name a few. The program continues to grow, with 132 classes planned for 2013-2014.

According to literature from the training program, classes run 10 hours a day split between two hours of classroom instruction and eight hours of field training, six days a week. The programs start with basic techniques and participants progressively learn new skills during the course, which culminates in a practical field test and written exam.

With the tasks performed simulating real pipeline work, Gavlock says that the courses incorporate FERC and OSHA compliance as well as environmental and personal safety.

“They (contractors) are really impressed with our safety program,” Gavlock said. Something the program’s organizers strived to incorporate after hearing safety-related horror stories from contractors.

Keeping it In-House
Whereas the IUOE-PLCA program grows from within the union, with PLCA member companies aware of whom, and where graduates are, Willbros recruits in a variety of ways and then trains in-house.

The company has several avenues to find quality pipeline workers including internships and its Graduate Development Program that helps college graduates hone their career skills, learn about the business, network with other recent graduates and give them much-needed exposure to the senior leaders in the company.

“We attend events with trade schools, colleges and secondary schools to introduce our company and ensure they know the opportunities we offer in the near- and long-term,” Divine-Alford said. “We also have apprentice programs and strong referral and retention programs that reward communication, critical thinking and collaboration.” 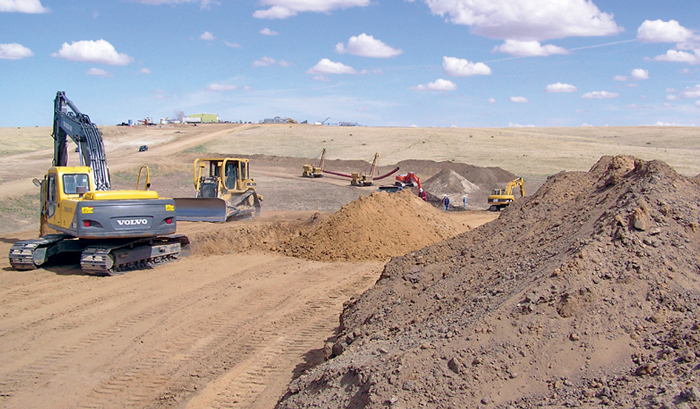 The National Pipeline Training Program has 100 training centers across the country where IUOE members and apprentices can receive hands-on training on several pieces of equipment that are key to pipeline projects.

One of the training programs, she says offers hands-on experience that qualifies the construction crews to perform their respective job duties.
“That program is recognized by the United States Department of Labor’s apprenticeship program,” Divine-Alford said. “Ongoing classroom studies and field demonstrations provide for continuing training and expertise.”

Willbros is an approved trainer for the U.S. Department of Veterans Affairs and the company’s safety program received  the top award from the International Pipeline and Offshore Contractors Association.

“We offer extensive on-the-job training for individuals who have entered the pipeline workforce and show interest and demonstrate high-aptitude for field-type operator or mechanically-related duties. We also formally train our engineers to meet expected competencies as well,” Divine-Alford said. “Additionally, our Project Managers and Project Controls personnel receive training that is designed to expose participants to work processes, methods and tools which align with industry best practices — our training course materials are based on the Construction Industry Institute and the Project Management Institute principles.”

Spreading the Word
According to Kinsey, the UA, both in Candada and the United States,  recruits and works with its current members to boost the labor force needed to work on pipelines but the union also focuses on advertising for new young applicants at the high school level as well.

As with any program, knowledge is power, and Gavlock says that with more than 100 training centers across the country and both the IUOE and PLCA are aggressively marketing the National Training Fund.

“We always want to make sure everyone knows this is available. We spend roughly $4 million a year on training,” Gavlock said, with money for the fund coming from members’ dues. “What I like to say to the clients that we work for, ‘We’re returning back to the industry by this training program.’”

Mike Kezdi is assistant editor at Benjamin Media Inc. and a contributing staff editor of North American Oil & Gas Pipelines. Contact him by email at mkezdi@benjaminmedia.com.