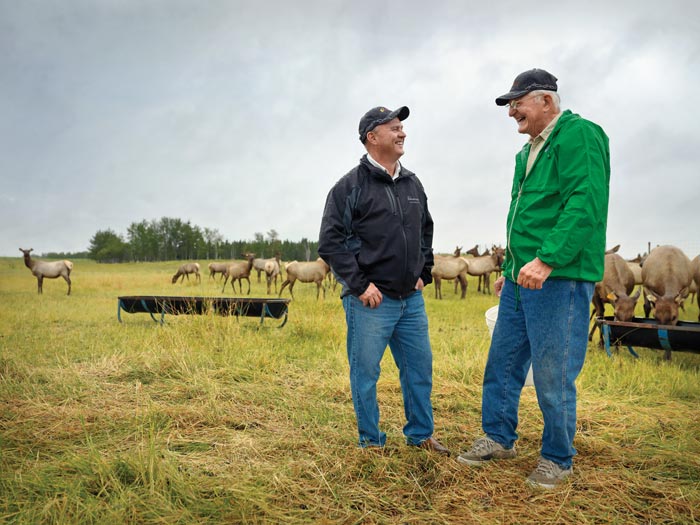 It does not take an economics major to figure out that the money a pipeline company spends following a pipeline incident is more than what it would save via shoddy craftsmanship and cutting corners during construction.

The accusations of shoddy work and corner cutting on pipelines or lobbed at proposed pipelines are out there and likely have always been out there. What has changed, especially in the last four years, is that the folks standing behind those statements have taken the arguments online in the form of blogs and social media.
What is a company to do when this happens? If you’re Enbridge Inc., TransCanada Corp. or any other pipeline company, you make sure your position is known via dedicated websites and a strong social media presence.
“The advent of social media has led many companies in the pipeline industry, to rethink the way they communicate,” says Philippe Reicher, vice president, external relations for the Canadian Energy Pipeline Association.

“We are at a point, generically speaking, with the industry where people are definitely aware and understand the importance of social media. They are monitoring it. They are probably getting involved more from the perspective of making sure their voice is part of the mix,” Reicher adds. “In terms of actual engagement, I think very few are engaging yet through social media because people haven’t really figured out the ground rules and how to go about it.” 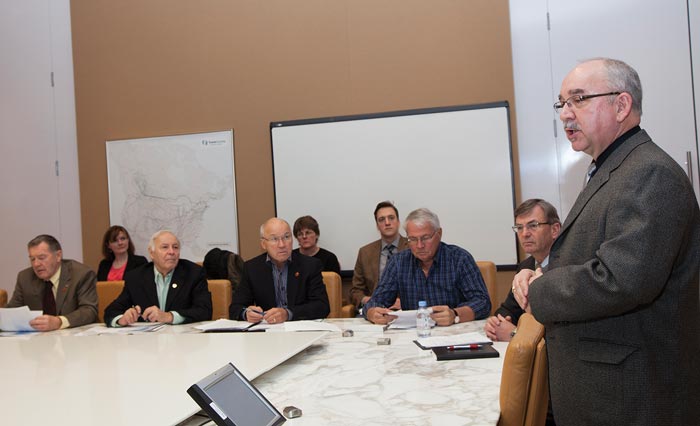 Communicating with the public is an important aspect of a pipeline company’s emergency response plan. Here, TransCanada representatives participate in a tabletop exercise at the company’s Emergency Operations Centre.

2010 and the Digital Age
The changes to communicating in the digital age via social media and improving online engagement is not one that companies were equipped to handle but had to make almost overnight.

James Millar, TransCanada’s director of external communications for North America, notes that for 60 years TransCanada has built and operated pipelines in the United States, Canada and Mexico.

Those regulations are in place to make sure that whatever is constructed is done in a reliable and a safe manner.

“It basically ran that way for 57 years, so what changed?” Millar asks.

It all happened in 2010. The continent watched as BP’s Deepwater Horizon spewed oil into the Gulf of Mexico followed by the Enbridge Line 6B oil spill into the Kalamazoo River in Michigan and then Pacific Gas and Electric’s natural gas line exploded in San Bruno, Calif.

“Pipelines previous to that were these sleepy pieces of infrastructure buried 4 ft below the ground that nobody ever thought about,” Millar says.

TransCanada cut the ribbon on the Keystone pipeline project in 2010. The overall system transports crude from the oil sands in Canada to markets in the U.S. Midwest and Gulf Coast region. The company hopes that the much talked about Keystone XL receives approval in the United States as well.

The proposed Keystone XL is a portion of the system that would run from the company’s terminal facilities in Hardisty, Alberta, to Steel City, Neb., where it would connect to the main Keystone system to move crude to processing facilities in Cushing, Okla. This controversial project sits at the center of the debate on the use of fossil fuels in the United States and Millar says it is unfairly so given the fact that base Keystone pipeline and Keystone XL are very similar lines.

The debate “evolved into the tangible talking point … around the whole aspect of whether or not as a society we should indeed be using fossil fuels,” he says.

Millar is not alone in noting that this change is occurring and requires a new focus for a company’s public relations or communications department. On top of what a department would do for a pipeline in terms of community outreach, presentations, trade show materials, the list goes on, the departments are now finding themselves creating new micro websites, monitoring social media and engaging with online commenters.

“The industry itself has come under greater scrutiny and there are several reasons for that,” says Todd Nogier, manager, western access communications for Enbridge Inc. “That has required us to be more transparent and more forthcoming and in more channels than in the past with information that is germane and pertinent to the public. Things today are vastly different than they were even five years ago in this industry and we’re having to respond.”

Like TransCanada, Enbridge’s new online presence centers on the proposed Northern Gateway Pipeline, a twin pipeline system between Edmonton, Alberta, and Kitimat, British Columbia. The company launched both the northerngateway.ca and gatewayfacts.ca websites to help spread the message about the project.

The move to create these additional communication channels, Nogier says, is a change from a focus on just the stakeholders affected along the right of way to one of answering everyone’s questions from across the country.
“We began on Northern Gateway focused on communities along the proposed right of way,” he says. “There emerged a wider public discussion about Northern Gateway beyond the proposed right of way. That is to say, communities across the province of British Columbia began a public discussion and public dialogue about the pros and cons of the project, and indeed right across the country that conversation took place. That required Northern Gateway to broaden its public engagement to communities beyond the proposed right of way.”
Millar saw the same issues with Keystone XL and the company took what it learned, creating a blog, microsite and dedicated Twitter account and applied it to its $12 billion Energy East project.

“We’re trying to be more creative in the way we present information,” Millar says, noting the differences between transcanada.com and keystone-xl.com and energyeastpipeline.com. “We’ve really tried to enhance our web presence instead of just going with transcanada.com and developing these micro sites for our larger projects. It gives us more flexibility.”

That flexibility includes incorporating more photos, adding videos, engaging in the discussion and most importantly, the websites are responsive, meaning the site looks the same on both mobile devices and traditional computers.

Incident Response
The work that the companies put into creating these websites and engaging in the discussion also help when a pipeline incident occurs.

“What did we do there? You literally, in those situations, you have to be communicating hourly,” Millar says. “We were sending media updates hourly on what was going on. We were doing it proactively. We were not waiting for people to contact us. We were actively working with the regulatory bodies in Manitoba … you work with those companies that actually supply the service.”

TransCanada also had teams on the ground working out of a storefront office to talk to directly to the residents effected answering questions and working with those who suffered direct losses.

“It happened on a weekend, so that Monday morning one of our senior leaders flew out to Manitoba and we had a press conference,” Millar says. “In those circumstances you have to be open, you have to transparent, you have answer people’s questions, and you have to demonstrate that you are doing everything that you can to get the gas functioning again. It really is your reputation that is on the line.”

How does this differ from four or five years ago?
Millar says that in the digital age a pipeline company needs to leverage Twitter, blogs and other forms of digital communication, as well as traditional outlets to make its presence known.

“There has been a greater focus on the industry than we have experienced in the past and that is requiring companies such as Enbridge to put greater resources and greater effort into providing people with the information,” says Graham White, business communications manager for Enbridge. “I think it’s fair to say Enbridge has always been transparent, but the amount of resources that we’re putting into communicating and facilitating that transparency has raised exponentially, both in response to public’s demands and Enbridge’s recognition that expectations of corporations are changing, and we have to respond to that.”

Fact-Based Response
The companies also leverage their websites and social media presence to correct misinformation put into the digital space by the critics.

“Those who are opposed to the project allow their voice to be heard regardless of whether or not those voices and that content of what they are saying is factual,” White says.

As a result, Enbridge uses social media, traditional media, open houses, face-to-face communication and engagement programs with community stakeholders and First Nations groups are used to get the facts out about projects, products, initiatives or proposals.

“If we don’t do that, then we risk losing those important arguments and losing the consent of the people along the right of way in the communities on whom we depend but also who depend on us,” White says.

Coming from a journalism background before joining TransCanada in 2008, Millar sees examples every week of false information about TransCanada projects, the pipeline industry and other industries, which is a source of increased frustration.

“Take the traditional media out of the equation, you can say whatever you want online and you do not have to validate your statement or your argument, but who you make the accusation against, if it’s an industry
like ours, you have to refute the allegation with facts,” he says. “You can’t just say it’s not true. It’s a bit of a double standard.”

Because of this, companies are beginning to staff jobs tailored to monitoring and responding to social media or creating videos for YouTube to tell their stories.

TransCanada’s YouTube channel is easily accessed from its dedicated Keystone XL and Energy East project microsites. The channel features subsections for a variety of TransCanada projects.