A Snort Full of Integrity 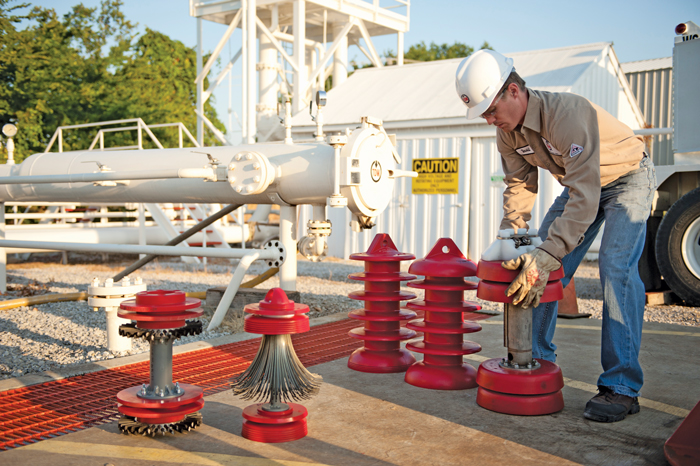 When the colder weather hits, people get their furnaces inspected. Approximately every 6,000 miles automobile owners rotate their tires. People brush their teeth at least once a day.

Why do all of these things? The answer is simple, to ensure that the integrity of the furnace, the car or your teeth is where it should be.

With increased pressure from federal regulations and increased demand because of the shale boom, pipeline owners are looking at ways to maintain the integrity of the lines that traverse North America.

Whether you think it is an acronym for pipeline inspection gauge or named because of the sound early iterations made while moving through a line or both, the fact remains that one way to measure a system’s integrity is with pigs.

Pipeline owners use pigs for cleaning and for inspection of the lines; with the latter style of pigs often referred to as “smart” pigs, and oftentimes the two go hand in hand.

Payne added that in addition to pre-inspection cleanings, which improves the inspection results, lines should be cleaned every two weeks to a month depending on what the line transports.

Pipelines are aging, and more demand means more travel through the pipes. This means pipes that are more susceptible to failure also require more checking. As shale continues to boom, so too will the market for pigs.

It’s not just in the United States that pigging is seeing an uptick. According to Bill Davis, manager of business development at Tulsa, Okla.-based, Enduro Pipeline Services Inc, markets outside of North American closely watch the U.S. and overall North American energy industries for best practices, design codes and regulations with pipeline integrity close to the top of that list.
“This often results in companies outside North America to adopt and apply these same practices to their pipeline assets and operations, which certainly applies to pipeline pigging,” he said. 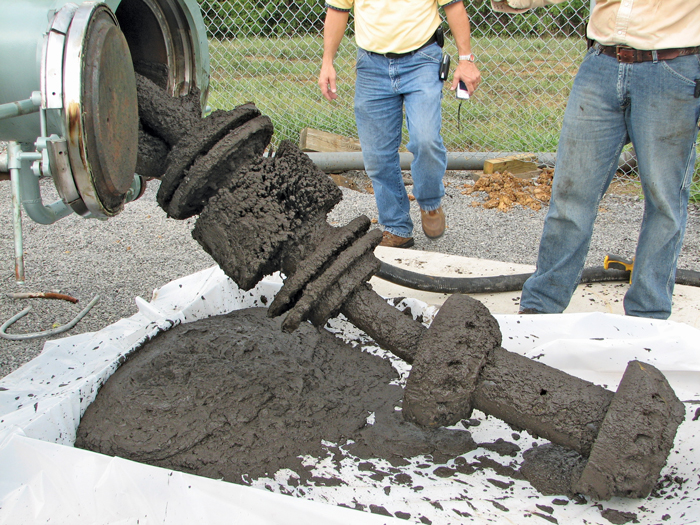 According to a recent study by the consulting firm Deloitte LLP, from 2006-2013 the midstream sector invested almost twice as much capital in pipelines and storage facilities as it did from 1992-2006. That investment, a result of the shale boom, ranks the midstream sector as the third largest in the U.S. oil and gas industry behind the super majors and the large independents.

“As the demand for oil and gas grows around the globe so does the need for more pipelines,” said Michael Henry, general manager at Girard Industries, a Houston-based pigging manufacturer focused solely on the cleaning variety. “More pipelines will require more hydrostatic testing, maintenance and inspections all of which involve pigs.”

The Deloitte LLP report goes on to say that even with this growth, there is a need for more growth to meet the industry’s need. Deloitte estimates a capital investment of more than $200 billion by 2035.

“The pigging boom is now occurring with the development of the shale plays, with the building of gathering and transmission lines,” Payne said.

Tulsa, Okla.-based T.D. Williamson’s presence in the industry dates to 1943 and some credit it with production of the first pipeline pig for use in the War Emergency Pipeline System.

“With the use a space age GPS mapping coordinates, we can locate not only the pipeline’s exact location but a pipeline flaw with sub-centimeter accuracy. We can also track pigs using satellite communication technology and have it send a message to your phone or your email knowing when it passes a certain point.”

With the evolving technology, pigs have become one of the must-have tools in the arsenal of operating a safe pipeline. Materials inside the pipeline that can decrease flow and lead to future damage include construction debris, liquids, dirt and iron oxides.
“Operating a pipeline with an applied routine maintenance pigging program increases flow efficiencies resulting in operational cost saving; while assessing the integrity of a pipeline realizing inline inspection is one option that can be applied towards the ultimate goal of a safe pipeline system,” Davis said.

Davis says pipeline owners must answer certain questions and make several considerations before a line is properly pigged.
“The first question to ask, ‘Has the line ever been pigged and if so, when, how often and type or types were used and the results from such history?’” he said.

With that question answered, he says, the next step is to consider the unique characteristics of the pipeline including its age, pipe thickness and type, weld joint configuration, field bends and valve types to name a few. This information is combined with information about the pipeline’s operating conditions, pressure, volume, flow characteristics and the products transported.

“All of these factors considered allow for a ‘real world’ determination of how to proceed,” Davis said. “It often results in a staged approach to accomplish the desired end results. Multiple steps of cleaning and inspection involving several types or configurations of pigs may be required.”

Henry offered a more in-depth explanation of the cleaning end of the industry.

“Oil and gas pipelines are so diverse in design that there is not one specific pig to cover the entire industry just like there is not one tool in your toolbox that can do everything,” he said. “This leads us to ask numerous questions about the pipeline upfront which can be taxing on all parties, but is important when trying to provide a pig that best suits a given situation. There are some conventional ideologies with pigs such as when to use cups versus discs, sealing surface versus points of contact and everyone’s favorite, ‘It’s always been done this way,’ versus a more effective method. Pigging has been referred to as more of an art than science which can be very frustrating for anyone with little to no experience with them.”

With this complexity, the face of the customer has changed.

“There is no longer a ‘typical customer’ with pigs. Pipeline safety and integrity have become an integral component in the oil and gas industry with severe consequences if they are ignored,” Henry said. “This has led to all levels of the industry to become involved with pigs from the pipeline owners to contractors to the supply stores.”