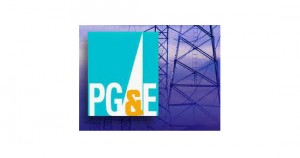 Pacific Gas & Electric Corp. recently announced its interim organization structure as it conducts a national search and review of internal candidates to succeed the president and chief operating officer of its utility, Pacific Gas and Electric Co. (PG&E)

PG&E president and COO Nick Stavropoulos, 60, previously announced his retirement, which will be effective at the end of September.

“We will take the time necessary to identify the best leadership for the years ahead as part of our overall succession process,” said Geisha Williams, CEO and president of the parent company, PG&E Corp. “We have a deep bench and a flexible leadership team that works together effectively, so I am confident we will continue to make substantial progress on our critical initiatives.”

Steve Malnight will assume a new role as senior vice president, Energy Supply and Policy, of PG&E. In this role, he will add responsibility for generation, customer care, real estate and IT to his existing responsibilities.

Kathy Kay, currently vice president of business technology, has been named as senior vice president and CIO. Before joining PG&E in 2015, Kay was enterprise chief technology officer at SunTrust Bank. She held earlier leadership roles with Comerica Bank and General Motors. Kay holds a bachelor’s degree in computer science from Wayne State University and a master’s degree of engineering in management of technology from Rensselaer Polytechnic Institute. She will report to Laurie Giammona, senior vice president and chief customer officer. Giammona will report to Malnight under the interim structure.

“Karen has been a passionate advocate for the role of technology in our business. As CIO, she drove critical investments in technology supporting safety in our lines of business while spurring innovation and speed of delivery. We wish her the very best in retirement and we congratulate Kathy on her well-deserved promotion,” Williams said.

Responsibilities are unchanged for the remaining senior officer team.