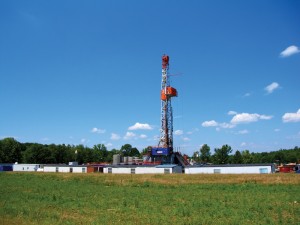 In its revised downside scenario, PacWest expects a 12 percent decrease in the number of horizontal wells fractured in the United States.

The North American market for hydraulic fracturing services is preparing for a downturn in 2015 due to rapidly falling oil prices, according to recent studies. Service providers and equipment manufacturers report that the market and their customers have not yet changed, but all expect changes in the immediate future and are developing plans to deal with the downturn.

The latest market outlook derived from its WellIQ and PumpingIQ reports, as well as a revised set of downside forecasts, are the subject of a Dec. 11 PacWest Consulting Partners conference call.

The PacWest , now part of IHS Inc., WellIQ and PumpingIQ reports are leading reports on drilling and completion activity and hydraulic fracturing – published Oct. 24 and Nov. 14 of this year, respectively – and the revised set of downside forecasts reflect changes in the market since Thanksgiving.

These figures represent a significant downgrade from the base case scenario forecasts published in the recent WellIQ and PumpingIQ reports – a 6 percent increase in the number of horizontal wells fractured and an 8 percent increase in fracturing demand for 2015.

Despite the imminent downturn, equipment delivery books still appear strong for 2015, particularly for the first half of the year. In its base case scenario, PacWest expects 1.4 million horsepower (net capacity additions) to be delivered into the US Land market in 2015, representing an 8 percent increase in hydraulic fracturing capacity from the previous year.

Falling fracturing demand and increasing fracturing capacity will quickly lead to falling capacity utilization in 2015. This will create challenging market conditions for many service providers and equipment manufacturers.

“The frac industry is preparing for a tough 2015,” said Ryan Carbrey, project lead at PacWest. “Many service providers have just begun to see improvements in pricing and margins. This downturn will drive a focus on improving efficiencies and cost containment. Additional industry consolidation is also expected.”