OSHA vs. PHMSA: The Tangled Web of Jurisdiction Over Midstream Operations

Understanding the intersection between the jurisdiction of the Pipeline and Hazardous Materials Safety Administration (PHMSA) and the Occupational Safety and Health Administration (OSHA) over workplace safety regulation has long been a difficult concern for the pipeline industry. Recently, however, the task has become even more challenging as both agencies have taken more aggressive positions with regard to the scope of their jurisdiction.

Federal regulation of pipeline safety began in 1968 with the passage of the Natural Gas Pipeline Safety Act. That statute was created primarily to address public safety and environmental concerns associated with pipeline transportation of flammable, toxic, or corrosive natural gas and other gases. In other words, that statute generally was not intended to serve as an occupational safety law.

To implement that new law, in September 1968, Congress created the Office of Pipeline Safety as an agency within the United States Department of Transportation (DOT).

With the passage of the Hazardous Liquid Pipeline Safety Act of 1979, the Office of Pipeline Safety obtained jurisdiction over pipelines carrying hazardous liquids, such as crude oil.

While PHMSA has some regulations related to occupational safety — such as precautions in excavated trenches to protect operator personnel — most PHMSA rules only incidentally impact occupational safety and, again, are focused on the well-being of the public and the environment.

To address occupational safety and health in workplaces generally, in 1970, Congress in enacting the Occupational Safety and Health Act (OSH Act) created OSHA as an agency within the United States Department of Labor. That agency enjoys very broad authority to issue and enforce standards and regulations pertaining to workplace safety and health.

Recognizing that Congress had given some federal agencies charged with overseeing specific industries the authority to regulate safety in that particular regulated industry, Congress included a provision in the OSH Act, specifically Section 4(b)(1), which limited OSHA’s jurisdiction in those instances. Specifically, Section 4(b)(1) provides:
Nothing in this Act shall apply to working conditions of employees with respect to which other Federal agencies … exercise statutory authority to prescribe or enforce standards or regulations affecting occupational safety or health.
In the years following the enactment of the OSH Act, there was a great deal of confusion and disagreement about whether Section 4(b)(1) may allow for an industry-wide exemption from OSHA jurisdiction for certain industries where another federal agency had engaged in extensive safety regulation.

For instance in 1982, the Occupational Safety and Health Review Commission (OSHRC) which adjudicates disputed OSHA citations, suggested in its Dillingham Tug & Barge case that industry-wide exemptions from OSHA jurisdiction may exist as a result of Section 4(b)(1). 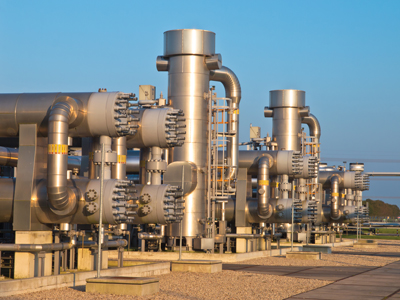 OSHA has not concluded that all types of facilities commonly operated by pipeline companies are exempt from the process safety management (PSM) standard. In 2005, OSHA concluded that gas processing plants are appropriately covered by the standard. In addition, PHMSA at the time agreed that fire and explosion hazards at gas processing plants are generally not regulated by PHMSA and are therefore subject to OSHA PSM coverage.

However, in 2002, the United States Supreme Court in Chao v. Mallard Bay Drilling rejected the notion that Section 4(b)(1) allowed for industry-wide preemption and instead narrowly construed that preemption provision of the
OSH Act.

In Mallard Bay, the Supreme Court explained that Section 4(b)(1) preemption only exists if “the working conditions at issue are the particular ones ‘with respect to which’ another federal agency has regulated, and if such regulations ‘[affect] occupational safety or health.’”

Accordingly, consistent with Mallard Bay both PHMSA and OSHA recognize that OSHA jurisdiction is only preempted by a PHMSA safety regulation if that PHMSA rule regulates the particular working condition at issue.
The two agencies have long recognized that preemption issues will arise and have frequently communicated concerning the scope of each agency’s exercise of authority with respect to different workplace hazards. In fact, in 1972, not long after the creation of OSHA, the DOT and OSHA entered into a memorandum of understanding in which the agencies agreed to coordinate and communicate when questions of potential Section 4(b)(1) preemption arise.

A common question that has arisen for pipeline operators with regard to preemption is when, if ever, OSHA’s process safety management (PSM) rule, found at 29 C.F.R. Section 1910.119, applies to pipeline-related facilities.
PSM is an OSHA regulatory scheme process applicable to facilities with quantities of highly hazardous chemicals over certain threshold levels and is intended to prevent unwanted releases of hazardous chemicals especially into locations that could expose employees and others to serious hazards.

Importantly, however, OSHA has not concluded that all types of facilities commonly operated by pipeline companies are exempt from PSM. Specifically, in 2005, OSHA concluded that “gas (processing) plants are appropriately covered by the process safety management standard.” Importantly, PHMSA at the time agreed that fire and explosion hazards at gas processing plants are generally not regulated by PHMSA and therefore are subject to OSHA PSM coverage.

Three years later, in 2008, OSHA issued an interpretation letter considering the “the extent of OSHA’s jurisdiction over worksites involving geological and underground storage facilities for gas and hazardous liquids.” Many pipeline companies, of course, maintain some geological and underground storage facilities as part of their operations.
In considering the extent of its jurisdiction over those storage operations, OSHA considered the impact of potential Section 4(b)(1) preemption and, in that connection, PHMSA’s view of its regulation of those storage operations. OSHA explained in its interpretation letter that PHMSA has informed OSHA that, generally speaking, it has not promulgated regulations covering those storage operations.

Moreover, PHMSA informed OSHA that it’s “pipeline safety regulations were never designed to comprehensively protect workers in the pipeline industry.” This observation by OSHA suggests that it believes that significant portions of its regulation of workplace safety apply to pipeline employees.

With respect to PHMSA regulation of geological and underground storage specifically, OSHA reports that PHMSA
has explained to OSHA that “its regulations would apply only until the last valve, before the downhole injection equipment and piping, and would not resume until the first valve above ground for withdrawal facilities (typically at
the wellhead).”

OSHA explained that “[i]n other words, to date, PHMSA has not exercised any authority to regulate working con-ditions in underground geological storage formations.”

In the interpretation letter, OSHA next reiterated its position that gas processing operations, which are often closely associated or integrated with storage operations, are covered by OSHA’s

PHMSA, OSHA, EPA and other stakeholders have now been conducting discussions for months in an effort to resolve jurisdictional uncertainties with respect to midstream operations. As of now, no guidance has resulted from those discussions.

Those efforts to reach some understanding about these jurisdictional issues have been complicated by the existence of ongoing litigation. It appears unlikely that any particularly helpful guidance, such as a memorandum of understanding among these federal agencies clearly demarcating their jurisdiction over midstream assets, will be forthcoming anytime soon.

Pipeline companies, particularly those operating midstream processing and storage operations, need to carefully follow developments concerning these jurisdictional questions. With respect to OSHA’s position on PSM jurisdiction, these companies it would appear can safely presume that OSHA continues to recognize that it has no PSM jurisdiction over traditional pipeline operations, but certainly does assert PSM coverage of gas processing operations and perhaps underground gas storage.

Robert “Bob” Nichols is a partner at Bracewell & Giuliani. Occupational safety and health regulatory compliance has been a major component of his practice for more than 25 years. He frequently represents employers, including various midstream oil and gas businesses, in connection with OSHA inspections and OSHRC administrative proceedings.

Lowell Rothschild, senior counsel at Bracewell & Giuliani, is an environmental litigator focusing on natural resource issues such as wetlands, endangered species, and environmental review (NEPA). He assists clients in obtaining and defending permits, responding to allegations of legal noncompliance through both internal investigations and litigation, and commenting and advising on rulemakings.