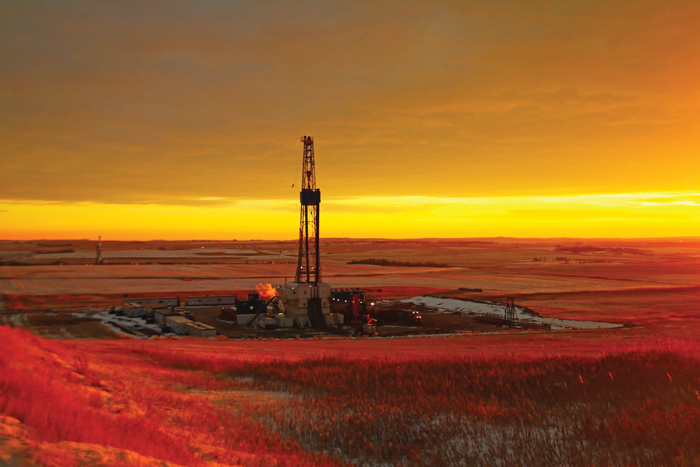 Bakken Highs to Get Low?

It’s hard to believe that half a year ago, the price of oil was $110 a barrel.

Oil prices greeted the New Year by dropping below $50 a barrel for the first time since 2009, and many analysts forecast the price to drop further still. So far, OPEC has refused to slow production to stabilize world prices, as Saudi Arabia leads the charge even as OPEC members Iran and Venezuela suffer financially from reduced revenues.

However, Saudi Arabia could plunge prices even lower, according to Christopher Helman’s Jan. 6 article in Forbes. “How far? At least $40. Maybe even $20,” he writes, citing a recent interview with Saudi oil minister Ali Naimi, who said the country’s overall cost of producing and developing a barrel of oil comes to around $15.

While some areas in the United States can withstand the price drop, the Bakken shale is another story. Oil prices need to remain between $61 and $75 a barrel for production in the region to remain profitable, according to an Oct. 29, 2014, article in the Wall Street Journal (“Energy Boom Can Withstand Steeper Oil-Price Drop”).

As recently as the November cover story of North American Oil & Gas Pipelines, it seemed like the Bakken was the ticket to ride for the U.S. oil boom. However, the recent price plunges on the world market have raised concerns for the region, as production has slowed, drilling rigs have been idled and projects have been canceled.

According to a Dec. 12, 2014, report from the North Dakota Industrial Commission’s Department of Mineral Resources, Bakken production fell 1,598 barrels per day (bpd) between September and October to 1,118,010 bpd, the first decline in production in the region since November to December of 2013. Furthermore, the report shows the drilling rig count dropped by 10 from September to when the report was published, stating that the rig count in the Williston Basin “is set to fall rapidly during the first quarter of 2015,” citing the drop in oil price as one of three “significant forces” behind the slowdown.

Enterprise Products Partners announced Dec. 12 that it was calling off a proposal to build a 1,200-mile, 30-in. pipeline from the Bakken to Cushing, Oklahoma. The company cited a lack of sufficient shipper commitments as the reason to halt the project, which would have originated in the Williston Basin of North Dakota, while also serving the Powder River and Denver-Julesburg basins, and extended to the Cushing hub, with a capacity of up to 700,000 bpd of crude oil.

Rail and pipeline takeaway capacity already exceeds Bakken production, which may result in the cancelation of other planned pipeline projects, according to a Dec. 17, 2014, analysis from energy information firm Genscape. Other upcoming pipeline projects the firm cited include Energy Transfer Partners’ 450,000 bpd North Dakota-to-Illinois pipeline and Enbridge’s 225,000 bpd Sandpiper pipeline, which remain slated for completion in 2017 and 2016, respectively.

Over the last year, oil production in the Bakken was skyrocketing. Economic development was on a steep climb in Williston, North Dakota — the de facto home of the region’s oil boom — where population jumped 41 percent from 2010 to 2013 thanks to the increase
in production.

In 2013, North Dakota was the second largest crude oil-producing state in the nation and accounted for more than 11.5 percent of total U.S. crude oil production — a 177 percent increase in production from 2010 to 2013 that was primarily driven by activity in the Bakken, according to data from the U.S. Energy Information Administration (EIA).

Overall, the EIA reported Dec. 4, 2014, that U.S. crude oil proved reserves increased for the fifth year in a row in 2013, with a net addition of 3.1 billion barrels of proved oil reserves (a 9 percent increase).

Proved reserves are those volumes of oil and natural gas that geological and engineering data demonstrate with reasonable certainty to be recoverable in future years from known reservoirs under existing economic and operating conditions. EIA’s estimates of proved reserves are based on an annual survey of domestic oil and gas well operators.

At the time, the EIA expected higher rig counts and an increase in U.S. liquids production to nearly 9.7 million bpd by December 2015, as the administration reported that U.S. oil production had been increasing monthly at an average of 62,000 bpd since 2010. The EIA forecasted that previous production highs set in the 1970s would be surpassed before the end of 2015.

However, by Jan. 6, the EIA was reporting that crude oil prices had fallen sharply in the fourth quarter of 2014 as “robust global production exceeded demand.” Furthermore, the administration reported that crude oil benchmarks Brent and West Texas Intermediate (WTI) were below their five-year averages since September and October, respectively.

According to a Jan. 7 New York Times article by Clifford Krauss, producers in the Bakken were selling their crude for as little as $34 a barrel because of a shortage of pipelines and the distance to major markets.

“As for the industry, the signs of retraction are clear,” Krauss wrote. “The nation’s rig count, a barometer of oil exploration and production activity, fell by 26 in the week that ended Jan. 2, following a drop of 16 the week before, according to the Baker Hughes service company.” Krauss reports that each rig represents about 100 jobs, from field hands to maintenance workers.

The decline has been almost as rapid and brutal as the second half of 2008 and early 2009 when Williston prices crashed from $116 in July 2008 to average less than $17 in December that year, according to a Jan. 7 column by John Kemp of Reuters.

The difference, Kemp writes, is that during the 2008-2009 financial crisis Saudi Arabia reduced its collective production allocations by almost 4 million bpd in a bid to rebalance the market and defend prices.

As mentioned earlier, that doesn’t appear to be the case this time around. Prices could remain lower for longer during this downturn in the oil market.

However, Kemp argues that “there is a good probability” Bakken oil prices will experience “some sort of rebound” in the next two to three months, noting that the downturn in oil demand during 2008-2009 was “much worse” because of the global recession. This time, he writes, “the need for production cuts is smaller.” 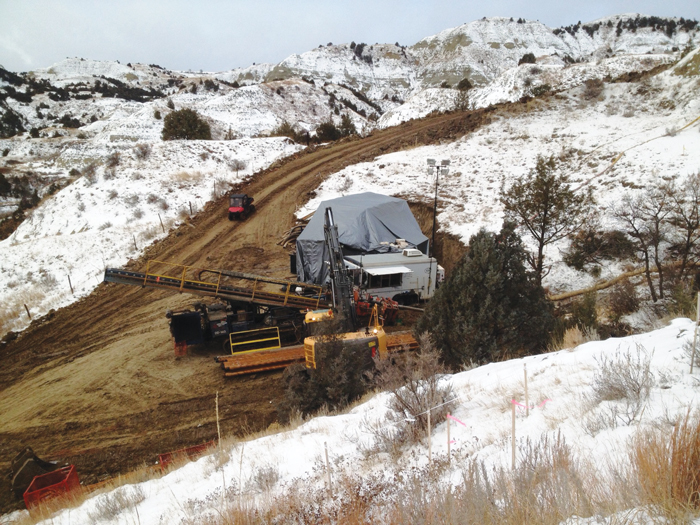 While contractors like Gabe’s were busy building pipelines in the Bakken over the last few years, the industry could be in for a slowdown in the region as oil prices plunge.

According to many analysts, the downturn in oil prices is the result of a market correction after record growth over the past five years.

Producers in the Bakken are already reacting to the low prices by throttling production, a trend forecasted by Bismarck Tribune publisher Brian Kroshus, in a Dec. 24, 2014, article.

“Most operators in the Bakken play will be faced with capital expenditure reductions in 2015, given the current situation,” Kroshus wrote. “Rigs remaining in operation will be concentrated on core areas where production levels still warrant drilling.”

As operators wait out the price slump, Kroshus adds that the “overall health of the economy both in the U.S. and abroad” will be a major determining factor for global oil production and consumption levels, and therefore price levels as well.

Thankfully, U.S. shale producers appear better equipped to deal with price fluxes, according to Scott Duncan, vice president of investment banking with FMI Capital Advisors. In FMI’s fourth quarter Oil and Gas Advisor, he writes that shale gas development is increasingly profitable and becoming more resilient to pricing headwinds thanks in part to the technological advancements made by U.S. oil and gas producers.

In any event, producers in the Bakken will have to wait out the storm for oil prices to recover and spur idled drilling crews back into action.