Despite delays of two major projects, U.S. crude oil pipeline development is going strong. Even though TransCanada received President Donald Trump’s blessings early in his administration, the company’s long-delayed Keystone XL pipeline has yet to be completed. Meanwhile, Enbridge has been embroiled in a regulatory dispute in Minnesota for its Line 3 Replacement project.

Regardless, a number of other projects have been humming along as the 2018 summer construction season revs up. What follows is an overview of many of the oil related projects currently under way or in the permitting process.

Location: Texas
Stakeholder(s): Plains All American Pipeline
Overview: On Feb. 22, Plains announced that the Cactus II Pipeline was fully committed with long-term third-party contracts. The pipeline will have an initial capacity of 585,000 barrels per day (bpd), extending from the Permian Basin to the Corpus Christi/Ingleside area in Texas. Cactus II has committed contracts for capacity totaling 525,000 bpd, composed of 425,000 bpd of long-term minimum volume commitments and an additional 100,000 bpd of commitments associated with long-term acreage dedications. Approximately 60,000 bpd is reserved for walk-up shippers. Plains is expected to retain 65 percent ownership and will serve as operator. The Cactus II pipeline system will have origination points at Orla, Wink, Midland, Crane and McCamey, Texas, and will be capable of transporting multiple quality segregations. The system includes a combination of capacity on existing pipelines and two new 26-in. pipelines and is expandable to approximately 670,000 bpd through the addition of incremental pumping capacity. The first new pipeline will extend from Wink to McCamey, and the second new pipeline will extend from McCamey to the Corpus Christi/Ingleside area, and have flexibility to access multiple docks. The capital cost of the two new pipelines is expected to total approximately $1.1 billion, with Plains All American’s portion representing approximately $700 to $750 million. Permitting, right-of-way and procurement activities are under way, and the pipeline system is targeted to be operational in the third quarter of 2019.

Location: Oklahoma
Stakeholder(s): Kingfisher Midstream, Alta Mesa Resources, Blueknight Energy Partners, Ergon Inc.
Overview: Cimarron Express Pipeline LLC is a joint venture project that will include the construction and operation of a new crude oil pipeline serving STACK producers in central Oklahoma with a 65-mile, 16-in. crude oil pipeline extending from northeastern Kingfisher County, Oklahoma, to Blueknight’s crude oil terminal in Cushing. The pipeline will provide direct market access at Cushing for producers and will have an initial capacity of 90,000 bpd, expandable to more than 175,000 bpd. Concurrent with the formation of Cimarron Express, Alta Mesa executed a long-term acreage dedication and transportation agreement with Cimarron Express, which incorporates approximately 120,000 net acres in Kingfisher and Garfield counties in Oklahoma. Under the terms of the agreement, Blueknight will construct and operate the pipeline. The receipt terminal for the Cimarron Express pipeline will be located at Kingfisher Midstream’s crude oil storage facility in northeastern Kingfisher County. The pipeline will connect to Kingfisher Midstream’s crude oil gathering system and truck unloading facilities at the company’s crude oil facility. The new pipeline is expected to be completed in mid-2019.

Location: Texas, New Mexico
Stakeholder(s): EPIC Midstream Holdings, Ares Management, Apache Corp., Noble Energy
Overview: The EPIC Crude Oil Pipeline will extend from Orla,Texas, to the Port of Corpus Christi. The project includes terminals in Orla, Pecos, Saragosa, Crane, Wink, Midland, Helena and Gardendale, with Port of Corpus Christi connectivity and export access. It will service the Delaware, Midland and Eagle Ford Basins. The pipeline will run side-by-side with the EPIC Natural Gas Liquids (NGL) Pipeline for 730 miles, from southeastern New Mexico to Corpus Christi, Texas. It will have an initial total capacity of 590,000 bpd. More than 500,000 acres have been dedicated to the EPIC Crude Oil Pipeline. Right-of-way is 100 percent secured for the first two phases of the system and construction is expected to commence in the fourth quarter of 2018. The crude system is expected to be in service in the second half of 2019.

Location: Alberta to U.S. Midwest and Southeast
Stakeholder(s): TransCanada
Overview: The Keystone XL Pipeline Project is a proposed 1,179-mile, 36-in. diameter crude oil pipeline from Hardisty, Alberta, to Steele City, Nebraska. At an estimated cost of $8 billion (USD), the pipeline will transport crude oil from Canada, as well as the Bakken shale region of Montana and North Dakota. The pipeline will have capacity to transport 830,000 bpd to Gulf Coast and Midwest refineries. After being denied approval in 2015, TransCanada received a Presidential Permit in March 2017 by President Donald Trump. TransCanada has stated that it has not yet made a final investment decision regarding the completion of the project. However, as reported by Reuters May 3, the U.S. State Department sent a letter dated April 10 to Native American tribal nations that TransCanada plans to start construction in Montana this fall ahead of full construction in 2019.

Location: North Dakota, Minnesota, Wisconsin
Stakeholder(s): Enbridge
Overview: Line 3 is an existing 1,097-mile crude oil pipeline, originally installed in the 1960s, from Edmonton, Alberta, to Superior, Wisconsin, and is an integral part of Enbridge’s Mainline System. The Line 3 Replacement Program is an integrity and maintenance driven project, and spans from Hardisty, Alberta, to Superior and consists of 1,031 miles of 36-in. diameter pipeline. The U.S. portion of the Line 3 Replacement Program consists of replacing the pipeline from Neche, North Dakota, through Minnesota, to Superior. The line is physically equipped to transport all grades of crude oil, based on shipper demand. Upon replacement, the average annual capacity of Line 3 will be 760,000 bpd. The project is estimated to cost $7.5 billion. The project is under regulatory review by the Minnesota Department of Commerce, which released its Draft Environmental Impact Statement in May 2017 for public comment. Minnesota regulators are expected to make their final decision on the project sometime in June. Pending regulatory approval, the replacement pipeline is expected to be in service in 2019. The existing Line 3 will then be decommissioned. 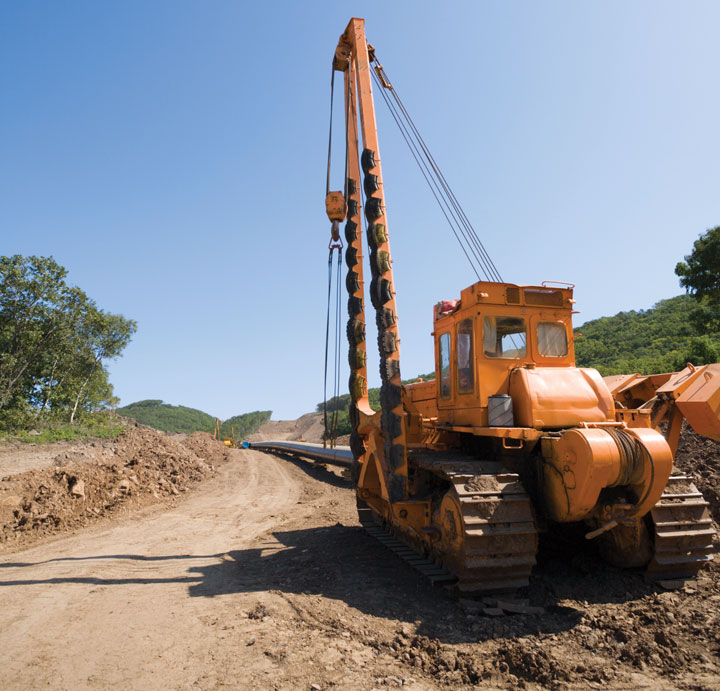 Location: Texas, Oklahoma
Stakeholder(s): Plains All American Pipeline LP
Overview: The proposed Permian Basin to Cushing Pipeline could add up to 350,000 bpd of takeaway capacity in the region. Originating in Midland and Colorado City, Texas, the pipeline would deliver crude to Plains’ terminal in Cushing, Oklahoma. Plains All American announced an open season to attract shipper commitments on April 18, running until May 30. Pending a successful open season and permitting approvals, the pipeline could be operational by mid-2019.

This is not a comprehensive list of the pipeline projects for the upcoming construction season. For updates regarding ongoing projects, refer to the Project Roundup published each issue.