NiSource Inc. has hired Nick Stavropoulos to head up its safety efforts at Columbia Gas of Massachusetts, following the Merrimack Valley Incident. 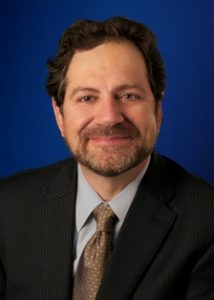 Stavropoulos will be based in Massachusetts and will advise on all operational safety strategy and planning statewide. As a senior safety expert, he will also engage regularly with external audiences as the company executes on its safety priorities across the state.

Mark Kempic will remain president and chief operating officer of Columbia Gas of Massachusetts overseeing the operations of the Columbia Gas field and construction teams, including the work underway to verify abandoned service lines in the Merrimack Valley, and working in conjunction with Stavropoulos.

“We know that recent events have led many to lose trust in Columbia Gas and that our customers are worried about whether they are safe in their own homes,” Hamrock said. “We take responsibility for that lost sense of security, and to help rebuild confidence and trust we are bringing in an industry safety leader who knows Massachusetts.”

On Sept. 13, 2018, excessive pressure in natural gas lines in the region caused a series of explosions and fires to occur, ultimately affecting approximately 8,000 gas meters, which equates to about 10,300 dwellings. The explosions resulted in a mass evacuation, one person was killed and more than two dozen injured.

“We know of no one more qualified to help bolster our team than Nick Stavropoulos,” Hamrock continued. “With Nick on board, Mark will be able to more closely focus on our operational priorities, including the service line verifications.

“Nick has the judgment, experience, and a relentless focus on safety to help us through these challenging times. With Nick’s expertise and steady hand, we know we will be better able to deliver our services, and most importantly, peace of mind, to our customers,” Hamrock said.

Stavropoulos joined PG&E in 2011 to lead the multi-billion-dollar recovery and restoration effort following the pipeline explosion in San Bruno, California, on Sept. 9, 2010. He was promoted to president and COO in March 2017.

Prior to joining PG&E, Stavropoulos served as executive vice president, gas operations, and chief operating officer for National Grid USA, an electricity and natural gas delivery company serving nearly 7 million customers in the Northeast United States. As COO of that company, he was responsible for all aspects of its U.S. gas distribution business.

Prior to that role, Stavropoulos was president of KeySpan Energy Delivery. He also held a number of senior leadership positions with successive levels of responsibility, including chief financial officer, at KeySpan’s predecessor companies, Colonial Gas Co. and Boston Gas.