Much like their contracting business – CAPCO Contractors Inc. – drag racing has always been a family affair for Billy, Kay and Steve Torrence.

Some families would go camping or to Disney World on their breaks, not the Torrences. They would travel on the weekends throughout NHRA’s Division 4 that covers Arkansas, Louisiana, New Mexico, Oklahoma and Texas and the family’s summer vacation would be a race in Las Vegas or Arizona.

Billy was racing dragsters at the sportsman level. Like his work with CAPCO, it was only a matter of time — 1998 to be specific — before Steve would follow in his dad’s footsteps to this endeavor as well. 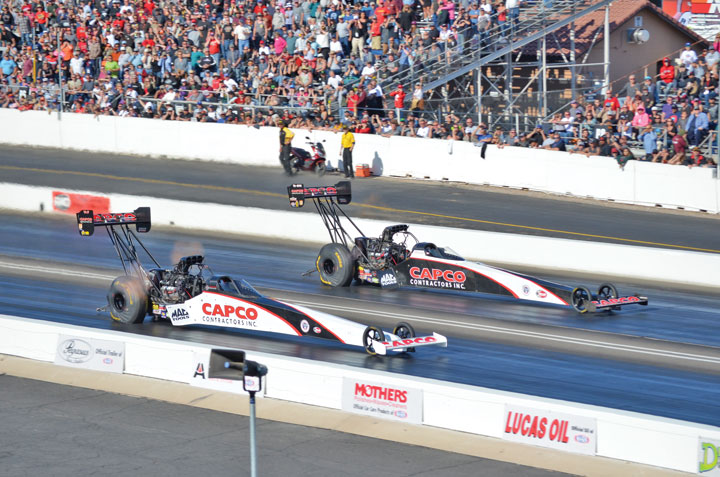 “Steve was a natural at racing and when he got to be old enough that he could drive a car, we put him in one,” Billy says. “He has really done well at it, and we have done this as a family. We’ve had a good time and we evolved to where we are today because we are competitive at everything that we do. We progressed through the classes — starting at the bottom and getting faster and faster — and we’ve ended up at the top.”

Though he has raced in full-bodied cars, Steve has always preferred dragsters and worked his way up the ranks accordingly. In 2005, he got his first shot at the professional ranks with a seat in the Top Alcohol class — the bush league for Top Fuel racers. That 2005 season turned out great and Steve won his first NHRA championship.

Timing is everything and a seat came open in a Top Fuel ride in 2006, Steve made the jump to that class and the rest is history. From 2006-2011 Steve raced in Top Fuel for Dexter Tuttle. At the end of 2011, the family put its own Top Fuel team together with CAPCO Contractors Inc. as the primary sponsor and ran its first full season in 2012. 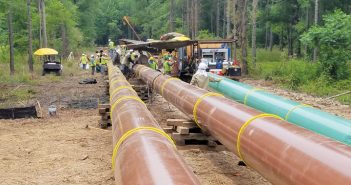 Heading up the racing efforts and keeping the crew busy in Brownsburg, Indiana — where Torrence Racing is headquartered — is “Mama Kay” Torrence.

“Mama Kay, as she is known, is Steve’s mom, and she is also a ‘mom’ for a bunch of these young men that we have known for 25 years who grew up with Steve,” Billy says. “When she shows up to race track, she is Mama Kay, no matter how old you are.”

With Steve and Kay working on growing the race team, Billy was happy sitting back and watching the success they were having. It was only a matter of time before he got roped into the racing too.

It wasn’t so much out of desire to race at this level, but to help Torrence Racing succeed at the top rung of the NHRA ladder. For those not in the know, at this level most of the competitors have multi-car teams and are backed by major sponsors. To make a successful run as a single-car team is not impossible, but it is much harder, making Steve’s success that much more impressive.

“Steve came to me after about the second year we had our own team and told me, ‘Dad, we probably need to get another car that we can work with, so we can draw information and it can help us along,’” Billy recalls. “I told him to go ahead and build me one of them. He asked me if I was sure, and I said sure I am sure, and that’s how this started. It’s been fun.” 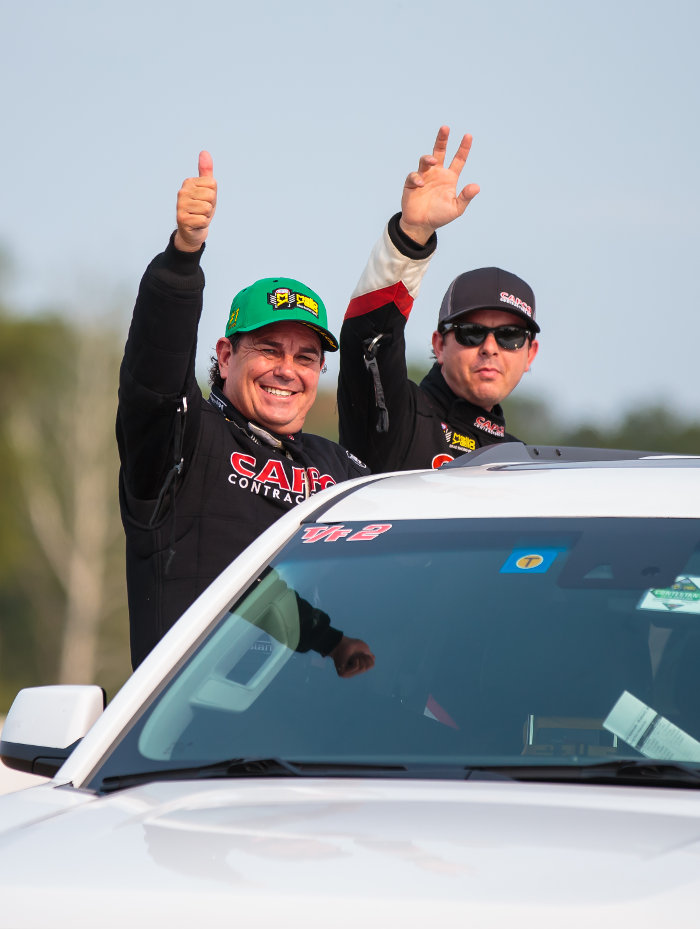 Billy Torrence sports the green Mello Yello hat for being the No. 1 qualifier in Top Fuel at the 2018 Lucas Oil Nationals, where he would also post the first win in his NHRA Top Fuel career. Riding alongside Billy is his son Steve, who qualified No. 2 in Top Fuel at that race.

Unlike Steve, who races the full 24-race schedule, crisscrossing the country three times, Billy runs a paired down schedule. While his involvement with the team is something Steve enjoys, he does admit that there was some initial apprehension.

“I don’t have any kids; I have a dog. I don’t know how my dad ever let me get in one of these things,” Steve says. “I thought it was the worst idea ever letting my dad get into one. I said to myself, ‘Hell I am okay driving it, but I don’t know if I can put my dad in this thing. This thing is terrifying. I don’t want him to be in there. He’ll get hurt.’”

It’s with this second car data that Steve was able to mount his successful runs in 2016 — finishing third, 2017 — finishing second in a dominant season that came down to the last race and 2018 — finishing as the 2018 NHRA Mello Yello Top Fuel Champion.

“The last few years have been a big accomplishment for our team. Even though we didn’t win the championship in 2016 and 2017, we’ve had the most dominant race car in the last three years,” Steve says. “I won a championship in Top Alcohol in 2005 and it was reminiscent of 2018. We went out and won 90 percent of the races we went to in that car, had the same success and the same dominating season that we had in Top Fuel in 2018.”

For Billy, these last few seasons have been some of the greatest accomplishments in his drag racing career. In 2018 he won his first Wally — the trophy given to class winners at NHRA national events — at the Lucas Oil NHRA Nationals in Brainerd, Minnesota. And after winning the 2019 Magic Dry Organic Absorbent NHRA Arizona Nationals in Phoenix, he was the Top Fuel points leader.

Torrence Racing has 20 full-time employees and some part-time guys that work on Billy’s car who enjoy being involved in racing at the top level but also like the partial season. By comparison, some of the competitors have more crew guys on each car than Torrence Racing has on its two cars.

“These are all major corporate funded teams and we are just a couple rednecks from Kilgore, Texas, out here beating the crap outta them,” Steve says.

READ MORE: Beard Oil Delivers Fuel to the Right of Way and Excitement in NASCAR 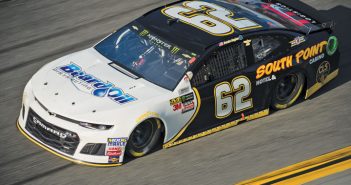 Like CAPCO Contractors, the race team follows a similar makeup and mentality. They find good people who take pride in what they do and give them the tools to succeed. The team members — many of whom have been there from the start — work diligently to get the cars to the track every race weekend so that Billy and Steve can come in on Fridays for qualifying and compete against their larger rivals.

Billy adds, “If you give a guy an opportunity to go out there and be proud of what he can achieve and know that he is appreciated, that builds your product right there. At CAPCO and Torrence Racing everybody shares in the success. If we lose, we lose, but we stand shoulder to shoulder and keep going forward.”