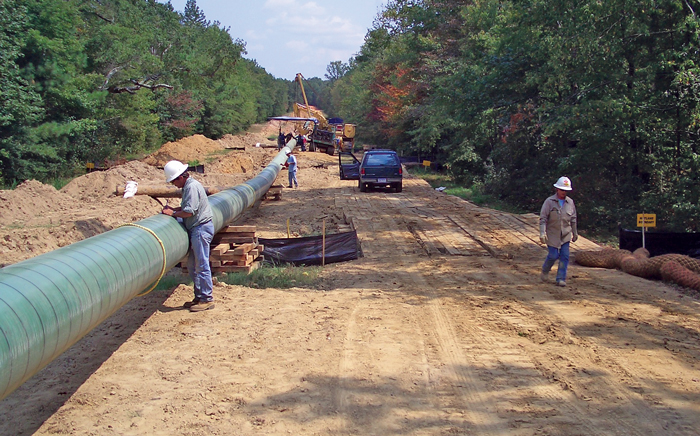 Crews work on the stringing phase of a pipeline. Thanks to the shale boom, the midstream sector has the potential to inject more than $200 billion in capital between now and 2035.

Infrastructure Expansion has Potential to be a $200 Billion Business

As the oil and gas industry continues to research and explore the shale plays in North America, the midstream sector is planning ways to develop infrastructure to get the deposits found in the plays to market.

Much of the fuel in those plays became more accessible by the process of hydraulic fracturing and became more widespread as horizontal directional drilling capabilities improved.

According to a recent study by the consulting firm Deloitte LLP, from 2006-2013 the midstream sector invested almost twice as much capital in pipelines and storage facilities as it did from 1992-2006. That investment, a result of the shale boom, ranks the midstream sector as the third largest in the U.S. oil and gas industry behind the super majors and large independents.

The report goes on to say that even with this growth, there is a need for more growth to meet the industry’s need. Deloitte estimates a capital investment of more than $200 billion by 2035.

John Felmy, chief economist at the American Petroleum Institute (API), sees the shale plays as an “exciting opportunity” but only part of the opportunity to improve the nation’s economy via petroleum production.

“Clearly they are an important part and they are a surprisingly new part that I certainly never foresaw five to 10 years ago,” Felmy says.

Getting those products to the masses requires miles and miles of pipelines, Felmy says. Currently, there are enough pipelines to meet demand but the problem is the infrastructure needs upgrading to bring more fuels online.

Pipelines provide the most economically feasible way to transport natural gas from the well sites to facilities where processing takes place.

“I’ve heard estimates that fairly high amounts of natural gas is still kind of behind the wells and hasn’t been produced because you don’t have the connections,” Felmy says.

He cites wells in the Bakken shale plays in North Dakota where excess natural gas is flared. Proper infrastructure would allow those gases to be captured and brought on-line.

According to 2011 data from the EIA, 35 percent of the gas in the Bakken play was flared or not brought to market because of insufficient infrastructure.

“We often talk about the importance of the shale revolution to the nation’s economy and energy security. Pipelines are an integral part of the revolution because they link supply to the ultimate consumers,” says Cathy Landry, director of communications for the Interstate Natural Gas Association of America (INGAA), an advocacy group for the interstate pipeline industry. “The industry’s primary goal is to move natural gas safely and reliably, and we are committed to zero pipeline incidents.”

Landry says that because of the shale boom, most of the pipelines are expanding to accommodate that increased production brought into the systems from gathering lines. Companies are also reconfiguring or expanding lines to allow supplies to move to the closest market areas.

“For example, a decade ago most natural gas used in New England came from the Gulf of Mexico,” Landry says. “Now, it makes sense that the gas would come from closer, like the Marcellus, to save on pipeline transportation costs.”

Felmy also speaks of the need to get natural gas supplies to New England where terrain, population and infrastructure density and litigation — from people who might not appreciate having pipelines running through densely populated areas — make the area undesirable to construct new pipelines.

He says it makes more sense to build lines from rural eastern Canada through rural Maine than building up from New Jersey or Pennsylvania. 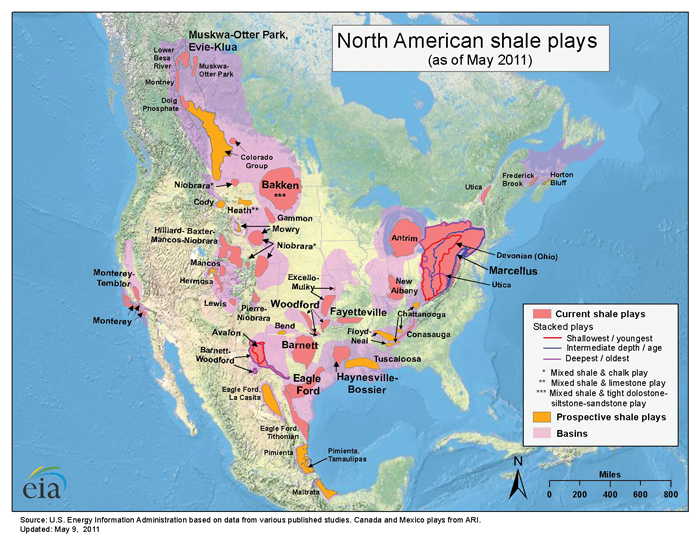 States like North Dakota, Pennsylvania and New York have benefitted from the shale boom. This 2011 map, the most current available, shows the various North American shale plays and comes from the U.S. Energy Information Agency.

Landry sees the development of the shale plays as creating a new industrial renaissance, which has encouraged increased manufacturing in the United States, generating new jobs, increased state and local taxes and other forms of economic development.

“In areas where pipeline capacity is constrained, like New England [and] parts of New York, natural gas prices routinely are double or more than the national average,” Landry says. “So, pipelines can help stabilize prices, and ensure reliable and affordable natural gas for American consumers.”

Despite the growth in shale play drilling, pipeline construction and the positive economic aspects of both, detractors have attempted to halt the growth due in part to the harmful effects of hydraulic fracturing.
Most recently, anti-fracking bills passed in three Colorado communities in the Nov. 5 election, and there is discussion in the state about the possibility to put a statewide ban on the ballot in 2014. There are outright bans and moratoriums in other communities across the country.

“I don’t think we started out as fast as we should have,” Felmy says. “We didn’t think it [fracking] was an issue because we had been doing hydraulic fracturing for 60 years.”

Paul Smith, senior director of infrastructure for America’s Natural Gas Alliance (ANGA), says that these bans, do hamper companies from expanding infrastructure and bringing more natural gas to the market.

John Felmy, chief economist for the American Petroleum Institute, says that pipelines provide the most feasible way to transport natural gas from the shale plays.

Despite a moratorium in New York, he says that state is still the nation’s fourth largest energy producer and is expanding natural gas pipelines to bring more gas to their communities for heating and power, and that natural gas use across the country actually is growing.

“In the communities where our companies develop natural gas, we work with local governments and land owners throughout the process so that they understand what the impacts will be,” Smith says. “Perception is important for projects to be successful and what we have found is that by working collaboratively, we have been able to continue developing natural gas and all people to enjoy the economic, environmental and energy security benefits natural gas offers.” 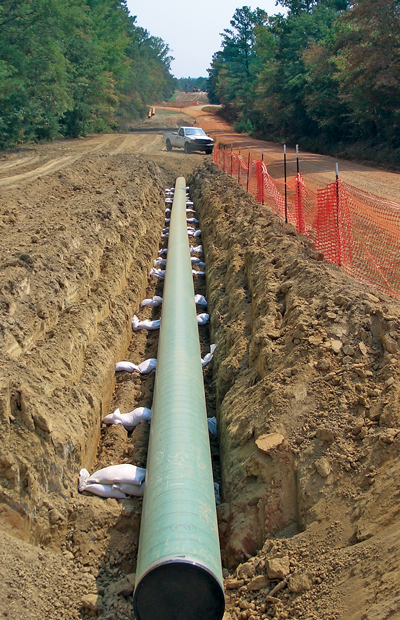 With that in mind, Smith says that ANGA and its member companies, along with other groups and associations across the country, are working to educate residents about the hydraulic fracturing and benefits that drilling in shale plays has to offer.

From what he has seen, Felmy says that these bans and anti-fossil fuel groups in general are using what he refers to as theatrics, misrepresentation and outright lies, have had little impact on the exploration and pipeline construction.

“So far they haven’t had an impact,” Felmy says. “They’re going to try.”

Landry agrees, saying that increased production in the Marcellus shale in Pennsylvania has offset a moratorium on using hydraulic fracturing in New York.

“In Colorado, it’s too soon to tell,” she says. “Certainly, there has been some opposition to natural gas development, and that has translated into protests against pipelines.”

The latter is a reference to the stalled TransCanada Keystone XL pipeline, which would bring oil from the Canadian oil sands to the Gulf Coast.

The positive economic impact in places like North Dakota, Pennsylvania and Ohio are dramatic Felmy says. As API and other groups educate the public the anti-fossil fuel groups lose ground, Felmy adds.

“When folks really get the facts, they’re supportive,” Felmy says. “If you have them believing their assertions and outright lies, it’s difficult to deal with.”

This, Felmy says, includes speaking to groups across the country about developing shale plays, creating citizen energy groups, involving the ground-level workers in the industry, using a variety of social media tools and getting key demographic groups involved in the process.

“We can enjoy the economic and environmental benefits of this domestic energy resource and protect local air and water quality,” Smith says. “And we are doing that in communities across the country.”