... March Editor's Message: Who Will Do the Work? - North American Energy Pipelines

March Editor’s Message: Who Will Do the Work? 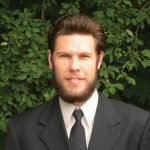 In eight years of covering the oil and gas pipeline industry, the most common concern I’ve heard from leaders is finding qualified personnel. The challenge has continued to grow as aging baby boomers march ever onward toward that golden land of retirement. Filling those vacated ranks with younger talent: ay, there’s the rub.

The pipeline industry is facing a major age gap and often the disparity is a generational one. The industry’s ranks dwindled as the next generation’s workforce was shepherded toward non-industrial jobs. Older pipeliners today are looking toward retirement without enough younger workers to take their place. With forecasts showing increased demand for new transportation and distribution pipelines — let alone maintaining the systems already in the ground — the industry is in desperate need of an injection of competent and dedicated talent.

Baby boomers are second only to the so-called “Greatest Generation” in terms of praise for their work ethic and production, while these young whippersnappers today have no respect for a job well done. Or so they say. But that’s an unfair assessment. The phrase “youth is wasted on the young” has been around a lot longer than Gen Xers and Millennials. Young people of every generation have been seen as self-centered, entitled, impatient and lazy.

It’s not young people who have changed, but rather the world around us. Before we lived in an always connected society, you had to wait for replies by mail or phone calls to be returned. If you were alive when this was true, don’t try to say you didn’t run out to check the mailbox every day or pick up the phone to make sure there was a dial tone.

Times have changed, so cut the young folks some slack for only knowing a world where it’s strange if someone doesn’t text back in a matter of minutes or they can’t find the answer to a question after a quick search on their phone. They have lived lives of instant gratification and will need time to adjust to the working world. But what they’re looking for in a job is probably pretty similar to what everyone else wants: good pay, stability and a little bit of adventure. But above all, perhaps, is the desire to do something meaningful. Doesn’t everyone want a sense of purpose?

The reason why the pipeline industry is experiencing workforce shortages is not because young people today (curse them!) don’t want good jobs. Instead, they have been urged to pursue four-year college degrees and white collar jobs. Chances are they don’t know what opportunities exist in pipelines.

I can relate. It wasn’t that industrial jobs were talked about as less desirable when I graduated high school in the mid-1990s — they weren’t talked about at all. Many of my friends have said the same thing. The presumption was that after high school you went to college and then got some office job. Or we were urged to “follow your passion.” Many of my friends who followed their passion have ended up in careers well outside their desired fields. Some are happier than others. Meanwhile, jobs in high-paying fields like pipelines just didn’t seem like an option.

To counteract this perception, the pipeline industry needs to market itself better. Let this current generation know about the myriad opportunities that exist. Whether in the field or in an office, the job skills needed in the pipeline industry cross a wide variety of interests that appeal to younger people.

The generation approaching working age today is smart and tech-savvy, and they know how to find and process information quickly. They are just waiting for someone to harness their skills and make them feel important. The pipeline industry must find a way to appeal to their interests and coach them up while there are veterans around to pass on their knowledge.