Changing the Face of Surveying 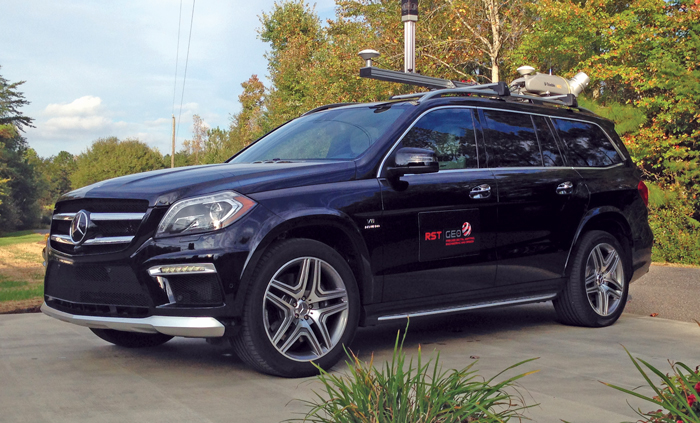 For centuries, traditional surveying and mapping required a team of individuals to acquire field data — literally, one foot in front of the other. We have all driven by engineers working on the side of the road, armed with a wheel, clipboard and pencil to survey the area.

This older method of surveying was limited to line-of-sight visibility and involved a large labor force with considerable amounts of equipment, often resulting in dangerous conditions. But thanks to significant advances in technology, newer surveying methods like GPS and LiDAR have changed the paradigm, enabling oil and gas companies to find extremely accurate data while completing projects efficiently.

What is the difference between these technologies, and when should an engineer take a new approach to surveying?

Going for GPS
GPS, a satellite-based navigation system, provides location and time information anywhere on Earth with an unobstructed line of sight to at least four GPS satellites. GPS can be displayed, manipulated or stored on maps or geographic information systems (GIS).

GPS, which is now a common smartphone feature, has been used since the 1970s by the mapping and surveying communities. Typically, once surveying was complete and plans were drawn, the engineers would return to the site to tag points with a GPS device. This enabled engineers to get the exact coordinates of each point.

“To use GPS by itself is traditional surveying,” said Jon Owen, president of RST GEO, a digital mapping and engineering solutions company. “Engineers collect GPS coordinates, draw a picture up to scale and then merge the two together.”
Though GPS surveying is an effective method, it does have its flaws. It must have a decent view of the sky. An urban area with tall buildings or a densely populated forest may cause the satellite to lose signal for a few seconds. Collecting one point at a time slows down the surveying, as well.

Looking at LiDAR
Unlike GPS, light detection and ranging (LiDAR), is able to collect survey data at a much faster speed.

LiDAR, a remote sensing technology, measures distances with lasers. Much like ordinary radar, the system emits thin beams of ultraviolet, visible or near infrared light to map physical features with very high resolution.

LiDAR accurately emits 5,000 to 50,000 laser pulses per second, which acquires the data of thousands of points over the Earth’s surface within a fraction of a second — therefore obtaining data at an average rate of 20 mph depending on the accuracy required.

“This technology can provide 10 to 100 times more data points than GPS alone, which vastly improves the resolution of an image,” Owen said. “Just recently, LiDAR was used to help the space shuttle Endeavor maneuver through city streets to its final destination in Los Angeles.”

LiDAR is found in a car’s adaptive cruise control and the parking assist feature. Google uses LiDAR on its automated robot cars to determine where they can and cannot go, whether they need to stop, slow down or turn. And the police officer pointing his radar gun at oncoming traffic to determine if a car is speeding — that is LiDAR technology, too.

However, though LiDAR collects vastly more points in a shorter amount of time than GPS, these points will not possess the coordinates that are available with GPS surveying.

A Different Approach to Surveying
When combined for surveying, GPS and LiDAR complement each other and provide far more accurate and efficient results than any other method.

By itself, LiDAR captures imagery that has relative accuracy. This means measurement from pipeline to pipeline or from pole to pole is accurate, but it’s all relative. For example, if someone traces an image then puts the original side by side with their tracing, they are looking at relative accuracy.

When GPS is combined with LiDAR, distances become absolutely accurate — meaning they reflect the exact point on the planet where that pole sits. Now the tracing discussed above would match each point on the original image exactly as if the image was laid on top of the tracing. Essentially, it is the exact picture — it’s absolute.

“What GPS does is take all the information gathered and puts it into focus on where everything actually sits on the planet,” Owen said. “You can’t really have LiDAR without GPS, if you want the best results. You could pull the GPS side of it out and you would have nice pictures, but even if all you were left with were LiDAR images it would only maintain its relative accuracy and not be absolute.”

Everything a LiDAR laser hits is tagged with a GPS coordinate. Engineers know where every point and piece of equipment is located, determining the exact spot within a centimeter of accuracy, ultimately ensuring better results during design phases or post-project for asset management reflections.

“This makes the process a lot easier on the front end. Engineers can take a look at the entire job and whole route before they even take a step out of the door,” Owen said. “This process takes the real world and brings it to a virtual world on your desktop.”

“When used to survey, this technology has tremendous benefits across the board,” Owen said. “Few companies have invested in a similar system because of the high cost of acquiring and operating one, so this service will fill an important gap in the marketplace.”

The surveying process can be done at a fraction of the time than it takes traditional methods, minimizing the time someone has to spend in the field. The extra time can then be used to decide the best possible plan and implementation for the project.

“It’s the concept of if you do it right the first time you won’t have to do it again,” Owen said. “A 23-mile route might typically take three or four people up to three weeks to complete when done with conventional surveying combined solely with GPS. With the mobile spatial imaging system, it can now be done by one person in less than a day.”

Surveying with LiDAR and GPS technologies is also a much safer process than traditional surveying. Instead of subjecting engineers to dangerous work environments, like working on and around highways, railroads, power lines and pipeline corridors, this method can be done from the safety of a car and, in some instances, helicopters and planes.

By incorporating this technology into their surveying system, companies, like RST GEO are able to provide clients with an entire virtual engineering project — design, structure and build.

This article was provided by RST GEO.