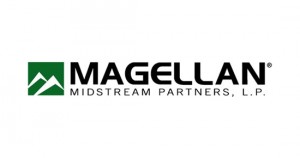 The assets to be constructed and owned by the joint venture include more than 700,000 barrels of new crude oil storage and other distribution infrastructure located adjacent to LBC’s existing terminal in Seabrook, Texas.

“Magellan is excited about developing a new project with LBC in the Houston market to provide a cost efficient and reliable option to store, transport and distribute crude oil along the Gulf Coast,” said Michael Mears, Magellan’s president and CEO. “We also see growth opportunities at this new facility through the potential connection and integration of this terminal into Magellan’s Houston crude oil and refined products pipeline systems.”

In addition, Seabrook Logistics will construct and own a new 18-in. diameter pipeline, which will connect the new storage to an existing third party pipeline that will transport crude oil to a Houston-area refinery.

An agreement has also been executed to allow Seabrook Logistics to utilize LBC’s dock suitable for industry standard Aframax vessels with up to a 45-ft draft and two barge docks, which will provide efficient marine access with flexible loading and unloading services at the Seabrook facility.

“LBC is pleased to enter into this joint venture with Magellan. This expansion of our Houston area terminal is an important step in LBC’s growth strategy,” said Walter Wattenbergh, LBC’s CEO. “We look forward to executing this project as a part of our expansion plans in the crude and refined products markets in the U.S.”

Subject to the receipt of permits and regulatory approvals, the new storage facility and pipeline infrastructure are expected to be operational in the first quarter of 2017.