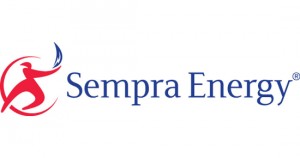 The board of directors of Sempra Energy announced that CEO Jeffrey W. Martin has been elected chairman of the company, effective Dec. 1. Martin will succeed Debra L. Reed, who is retiring from Sempra Energy Dec. 1, as previously announced.

Martin, 56, has served as Sempra Energy’s CEO since May.

“Early in his tenure as CEO, Jeff Martin has outlined a new strategy to focus on – and grow – Sempra Energy’s North American business,” said William C. Rusnack, lead independent director for Sempra Energy. “Jeff also has implemented important steps to further optimize the company’s diversified business portfolio. Our board of directors strongly believes Jeff will provide the leadership necessary to continue to create long-term value for our shareholders and other key stakeholders by serving in the dual role of chairman and CEO.”

In his 13 years with the Sempra Energy family of companies, Martin has held a variety of increasingly responsible leadership positions. Prior to becoming Sempra Energy’s CEO in May, he was executive vice president and chief financial officer of Sempra Energy.

Prior to joining Sempra Energy, Martin was chief financial officer of NewEnergy Inc. He also previously served as corporate counsel at UniSource Energy and was an attorney at the law firm of Snell & Wilmer, focusing on corporate and commercial finance and real estate.