At its 86th annual meeting, the Independent Petroleum Association of America (IPAA) Board of Directors elected Mark Miller as IPAA’s 41st chairman of the board and Stephen Jones as vice chairman for the 2015-2017 term.

Miller is president of Merlin Oil & Gas, Inc., in Lafayette, Louisiana, with a small onshore operation in the Gulf Coast area. Jones is co-chairman of Houston-based EnerVest, one of the 25 largest independent oil and gas companies in the United States.

“We are honored to welcome Mark Miller and Stephen Jones to lead IPAA forward over the next two years,” said IPAA president and CEO Barry Russell. “Their different backgrounds in the industry – Mark as president of a small oil and gas operation in Louisiana and Stephen as co-chairman of one of the 25 largest independent companies in the nation – will provide a unique perspective in addressing the numerous challenges America’s independent producers are currently facing.”

Russell also thanked Mike Watford for his leadership as IPAA’s 40th chairman of the board, ensuring our industry’s voice was represented at all levels of government. He will remain active on the association’s Board of Directors. 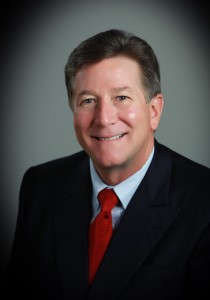 Miller is a native of North Carolina and obtained his B.A. from the University of South Carolina in 1980. Mark began his career in the petroleum landman business in 1981 after leaving John E. Chance and Associates as an offshore instrument man. Miller obtained his Certified Professional Landman’s certification in 1987 and his Environmental Site Assessor (ESA) certification in 1991.

In 1992, he co-authored a field manual for the ESA curriculum for the American Association of Petroleum Landmen (AAPL). In 1989, Miller co-authored the “Louisiana Courthouse Directory” — an informational book on the 64 parishes of Louisiana.

Miller has provided expert testimony in federal, state, and municipal court proceedings pertaining to petroleum land management as well as oil and gas lease exploration. He also has worked on cases involving 3-D seismic acquisition along with Phase I ESAs.

He served as the 2013-15 vice chairman of the IPAA. He serves on the board of the Louisiana Oil and Gas Association (LOGA), and the Foundation Board at the University of Louisiana at Lafayette (ULL). He also is on the Dean’s Advisory council for the ULL College of Business and has served as President of the Lafayette Association of Petroleum Landmen.

Miller is president of Merlin Oil & Gas, Inc. in Lafayette, Louisiana, with production located in the Gulf Coast area, onshore. He is married with three children. 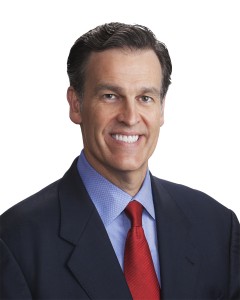 Jones has served as co-chairman of EnerVest since May 2015. In 1998, he founded Jones Villalta Asset Management where he managed and helped to grow the business until the company’s successful disposition in 2012. Jones’ involvement in the energy business is a continuation of family tradition that harkens back more than 90 years to the 1920s.

He holds a BBA in finance from The University of Texas at Austin and a MBA from St. Edward’s University where he was named a distinguished alumnus. Jones served St. Edward’s as a professor of finance and taught the investments class to both undergraduate and graduate students.

Jones is involved in various organizations including the Texas Oil and Gas Association, the Houston Producers’ Forum, The Council on Recovery and First National Bank–Albany/Breckenridge. In addition, he served as president of the board of Shepherd of the Hills Christian Church, Texas Fine Arts Association – President, St. Edward’s University- Treasurer, St. Mark’s School of Texas Alumni Board and The University of Texas at Austin Foundation. Jones helped create Arthouse, now named The Contemporary, which is the primary civic art museum in Austin.

Stephen continues a strong family tradition of IPAA and industry leaders. His father and uncle, Jon Rex Jones and A. V. Jones, Jr., were both past IPAA chairmen, and his brother is also an IPAA member.

Follow this link to read more about the complete IPAA Board of Directors for the 2015-2017 term.