The Interstate Natural Gas Association of America (INGAA) announced Sept. 9 that Nichole Francis Reynolds has joined the association’s leadership team as the vice president of government and public affairs. Francis Reynolds will manage the organization’s government and public affairs strategy, which focuses on three priorities: protecting the safety, reliability and resilience of the pipeline system; promoting the value and benefits of natural gas infrastructure; and advancing permitting predictability. 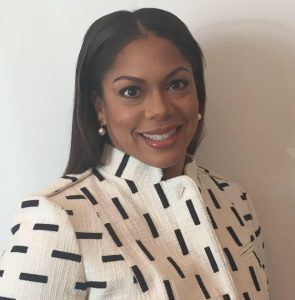 “Communicating the value and benefits of natural gas transmission and storage systems to policy makers and other key stakeholders is critical to our members and we are fortunate to have someone with Nichole’s experience leading that effort,” said INGAA president and CEO Don Santa. “Nichole’s public policy and political experience will serve our organization well, especially as we work with Congress to reauthorize the Pipeline Safety Act and with the executive branch to bring predictability to permitting for energy infrastructure projects.”

Francis Reynolds joins INGAA from Mastercard, where she served as vice president of public policy and community relations. Prior to Mastercard, she spent 10 years in a variety of leadership positions on Capitol Hill, including serving as Chief of Staff to U.S. Representatives Terri Sewell (D-AL) and Betty Sutton (D-OH), District Director to Harold Ford Jr. (D-TN) and Counsel on the House Committee on Homeland Security. Prior to her service on Capitol Hill, Francis Reynolds practiced law in the Washington, D.C., office of Baker Hostetler and in the Nashville office of Baker Donelson.

“Natural gas, and the pipelines that deliver it from producers to consumers, is a key driver for our economy and a required energy source if we are to meet our domestic and international environmental priorities,” Francis Reynolds said. “This is an exciting time to join the natural gas industry and I look forward to engaging with valued stakeholders from across the political spectrum to advance INGAA’s priorities and share the commitment this industry has to safety, reliability and environmental stewardship.”

Francis Reynolds graduated cum laude and with honors with a Bachelor of Science from Eastern Michigan University and received her law degree from The Ohio State University Moritz College of Law. She is a member of the Governing Board of Trustees for Beauvoir, the National Cathedral Elementary School, a Commissioner on the Bill & Melinda Gates Foundation’s Postsecondary Values Commission, an Advisory Board Member of Teach for America DC Region, a Trustee Member of Imagination Stage DC Board, and also serves on the board of the Congressional Black Caucus Foundation’s Corporate Advisory Council and the Congressional Black Caucus Institute’s 21st Century Council.