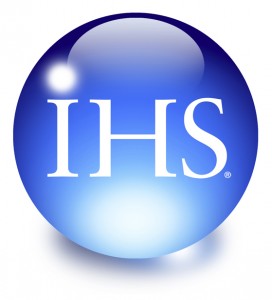 As crude oil prices continue their instability and North American natural gas prices remain weak, analysis of both the balance sheets and commodity price hedging protections in place for North American exploration and production (E&P) companies showed that, in a downturn, company size matters. Most of the 44 companies studied in this group have minimal hedging protection against low commodity prices beyond 2015, according to analysis from information and insight provider IHS.

Collectively, the North American E&Ps IHS studied have hedged 21 percent of total 2015 production volumes, including 19 percent of oil at a median price of $87.51 per barrel, and 27 percent of natural gas at $4.09 per thousand cubic feet.

The small and midsized North American E&P peer groups have a significantly greater percentage of production hedged for fourth-quarter 2014 and full-year 2015, compared with the large North American peer group, which have only 17 percent of 2015 production hedged. The small to mid-size peer group is categorized by their proved reserved sizes of less than 400 million barrels of oil equivalent (BOE), and 400 million BOE to 1 billion BOE, respectively and the large peer group is categorized at proved reserves of greater than 1 billion BOE.

“Our assessment of both the company balance sheets and hedging protections in place for these North American E&P companies yielded several key findings relative to the impacts of the oil price decline on company financials,” said Paul O’Donnell, principal equity analyst at IHS Energy and author of the hedging analysis. “First, we realized that strong hedge books mean that we don’t expect fourth-quarter 2014 financial results will offer a true reflection of the impact from lower commodity prices. Second, our IHS analysis showed that the small North American E&Ps have the most highly leveraged balance sheets, which could leave many of them in a precarious position if we have sustained low prices beyond 2015, since the group has hedged just 16 percent of 2016 production.”

O’Donnell continues, “the small North American E&Ps have a worrisome median debt-to-appraised worth of assets ratio of 51 percent. Few small E&Ps have any significant hedging for 2016, so serious liquidity issues will arise for many in this group of companies, should prices remain depressed beyond 2015.”

“The stronger balance sheets of the large North American E&P group will enable them to withstand lower prices longer than their smaller counterparts and position them as potential buyers of distressed E&Ps,” O’Donnell said. “Current low futures prices means that operators are unlikely to be able to lock in new hedging volumes at attractive prices, and those with little or no hedging in place will be highly susceptible to the tumbling market prices.”

“When IHS analyzed debt metrics and financial strength of the North American E&P peer groups, we found that size truly matters, and the larger companies are better prepared to survive the downturn than the midsize or smaller companies,” said Hassan Eltorie, principal analyst at IHS Energy. Eltories is also the author of new research assessing current E&P company balance sheet strengths and performance in the sector.

IHS used interest coverage ratios and total debt per barrel of oil equivalent (BOE) as the barometers for financial health. Using these metrics, the large E&P peer group median third quarter 2014 interest coverage ratio is 25 times, compared with 10 times and seven times for the midsize and small-sized companies, respectively. Reported third-quarter numbers included top-cycle commodity prices that have plummeted and “in the money” hedges that will roll off.

“The large E&P peer group is still strong if interest coverage is halved, while the midsized group has a less stable five times interest coverage ratio, and the small company peer group has a troubling 3.5 times interest coverage ratio, and total debt-per-BOE metrics further confirmed our analysis,” Eltorie said. “We have already seen one material impairment charge announced, and going forward, if oil prices stay depressed, we would expect more material write-downs and or impairment charges to come. Larger, more diversified companies will have fewer write downs as a percentage of total assets compared with smaller, less diversified companies.”

For many smaller E&P companies, these debt metrics have deteriorated further in the current price environment, the IHS report noted.

“If commodity prices remain low, the risk of violating their debt covenants increases, which will further complicate some of these companies’ financial conditions,” Eltorie said. “They just can’t afford to weather this storm and wait out the lower prices like some of their larger cousins can do.”