Expected to be in-service by July 2017, the Nueva Era pipeline, which will be developed in conjunction with Howard Midstream’s Mexican partner, will provide seamless transportation service for up to 600 million cubic feet per day (MMcf/d) of natural gas from South Texas to Escobedo, Nuevo León, near Monterrey. It will connect producers in South Texas directly with end-users in Mexico, creating access to multiple growing markets. The new pipeline is in response to customer demand during the company’s previously announced period of solicitation of interest for transportation and export of natural gas to Mexico.

“By expanding transportation services off of our Webb County Hub and developing a new pipeline directly to Monterrey, we can provide northern Mexico’s industrial centers with access to the most competitively priced gas in the country, while giving South Texas producers access to several new, growing markets,” said Mike Howard, Howard Energy Partners’ chairman and CEO, in a June 23 announcement. “This proposed pipeline is a testament to our great partnerships in Mexico and the deep relationships we have developed there. Our philosophy is that what is good for Mexico is good for South Texas.”

Howard Midstream expects transportation service rates from the U.S.-Mexico border to Escobedo to be between $0.13 and $0.20 per thousand cubic feet, subject to the shipper’s required term, level of service and volume commitment, and pursuant to all Mexican legal requirements including a Comisión Reguladora de Energía transportation permit. 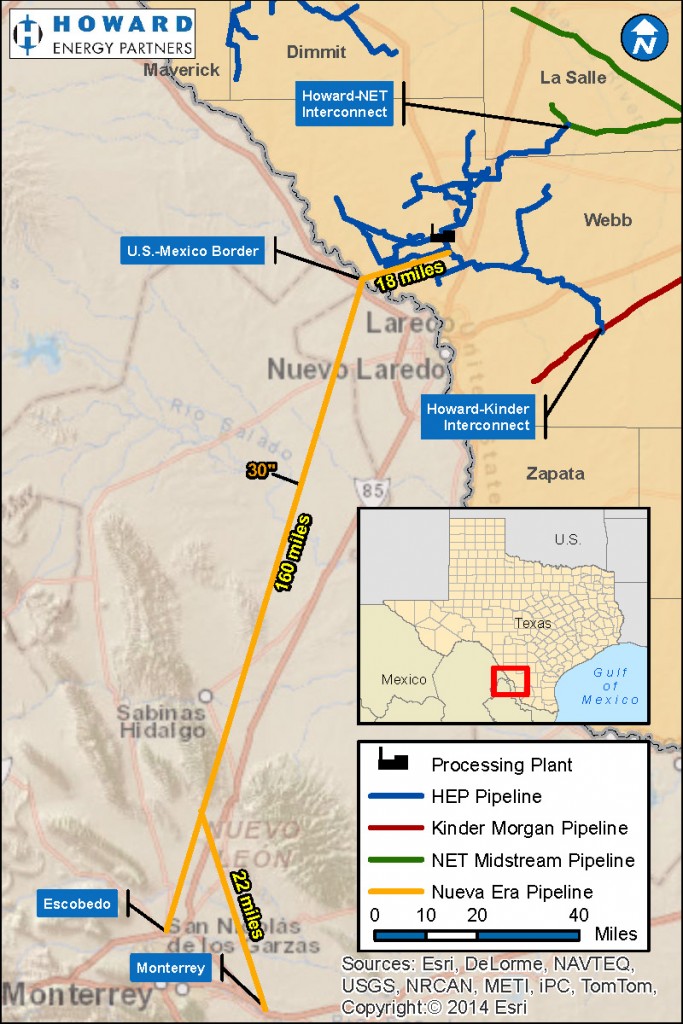 The Nueva Era Pipeline will be an approximately 200-mile, 30-in. natural gas pipeline from Webb County, Texas, to Escobedo, Nuevo León, Mexico, and the Mexican National Pipeline System in Monterrey.