Two main factors are driving the expansion of energy pipelines in North America. One is th 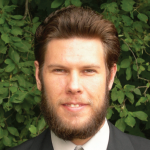 e subject of our cover story on page 20 and what Tim Brown of Snelson Companies calls “The Natural Gas Revolution” in his article on page 26. The second is the continued development of the Canadian oil sands, which dominates the projects covered in the 2013 Canadian Oil Pipeline Report on page 30.
Natural gas will continue to be a hot topic this year, as the concern over hydraulic fracturing and the demand for cheap sources of energy butt heads. Companies involved with manufacturing fracking fluids are developing non-toxic products to reduce the environmental impact of the process. Meanwhile, the “technological triumph” of accessing energy resources from shale has caused the market to be flooded with natural gas, according to Herve Wilczynski and Brian Forbes of the consulting firm A.T. Kearney. Production is outstripping demand, and midstream pipeline companies need to exercise caution to avoid over-building infrastructure that may become underused.
Increasing demand would help balance the market, but that may be easier said than done. While the Northeast is suddenly stacked with a cheap natural gas resource, a look at my electric bill shows that coal is still the primary energy source in the region. Switching those coal plants to cleaner natural gas-fired plants would certainly increase demand, but that’s an expensive proposition. Another avenue to increase natural gas is on the road. While the local transit authority owns a few natural gas-fueled buses, the majority of the fleet runs on diesel. In both examples above, federal leadership could change the course of the industry in the United States.
Natural gas is a cleaner burning fuel than both coal and diesel. Initiatives from the U.S. Department of Energy and the Department of Transportation to promote the use of this abundant resource in the production of electricity and for government-owned fleets (e.g., municipal service trucks and regional transportation authorities) would spark a quick increase in demand that would help balance the market and justify the construction of pipelines and other infrastructure. Exporting natural gas is another way that the government could further increase demand.
Federal leadership would also improve the impact that the Canadian oil sands has on the economy throughout North America. The United States is already the second biggest beneficiary from the development of pipelines and infrastructure in Alberta’s oil-rich region. The U.S. government could further improve that relationship by embracing pipeline projects that would carry more Canadian oil to U.S. markets.
Promoting a continental energy policy would solidify North America as one of the world’s top oil and gas producers, as the International Energy Agency proclaimed in its report last year. Embracing the resources that are produced domestically would also ensure energy security, which has long been a platform for politicians of every stripe. Instead of seeking regulations to limit energy development, we should be seeking to enhance the techniques of extracting energy that limit environmental impact. That is true progress.