Exova, the global testing, calibration and advisory services provider, has appointed Sarah Standlee as corrosion engineer in its Houston laboratory. 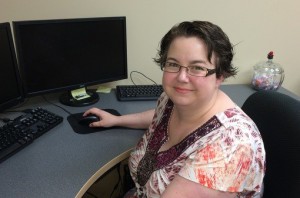 Standlee brings more than 12 years of experience in corrosion engineering, including extensive experience in testing with electrochemical techniques and data interpretation. She is also proficient in performing failure analyses on both ferrous and nonferrous materials including recommendations to prevent further failure. Prior to joining Exova, Standlee spent 11 years with Efird Corrosion International, Inc.

“Sarah [Standlee] has extensive corrosion experience and brings a wealth of knowledge that will benefit our customers,” said Bobby Archibald, Exova Americas’ vice president of oil and gas. “Sarah will help Exova meet growing demand for specialist corrosion testing from customers in the U.S. and Latin America who are developing operations in increasingly harsh, sour environments.”

A graduate of Trinity University in San Antonio, Standlee is an affiliated Professional Engineer and a member of the National Association of Corrosion Engineers and the American Institute of Chemical Engineers. She has co-authored two papers for NACE Corrosion in 2008 and 2011.