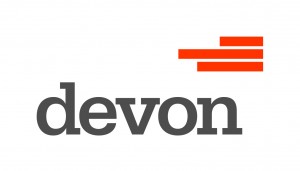 EnLink Midstream Partners has entered into an agreement to acquire the Victoria Express Pipeline (VEX) and related truck terminal and storage assets from Devon Energy Corp.

“We continue to make significant progress executing on our growth plan,” said Barry E. Davis, EnLink president and CEO. “This transaction marks the first dropdown from Devon to EnLink, and we expect transactions like this to play a significant role in our future growth. These assets will give EnLink a tremendous growth platform in the Eagle Ford Shale. We look forward to providing high-quality midstream services to producers and marketers in the Eagle Ford area.”

The VEX assets include a 56-mile multi-grade crude oil pipeline, as well as the pipeline’s destination facilities at the Port of Victoria, including an eight-bay truck unloading terminal, 200,000 barrels of above ground storage, of which 50,000 barrels are under construction, and rights to barge loading docks. Also included in the transaction are facilities near the origin of the pipeline that are currently under construction, including an eight-bay truck unloading terminal and 160,000 barrels of above-ground storage known as the Cuero Facilities. The Cuero Facilities are expected to be operational in the second half of 2015.

The VEX pipeline, which became operational in the third quarter of 2014, currently transports condensate from DeWitt County to the Port of Victoria on the mid-coast of Texas. The pipeline’s current capacity is approximately 50,000 barrels per day (bpd) and, following commencement of operations of the Cuero Facilities, will operate as a batched system designed to segregate up to three different products, including processed condensate deemed eligible for export, unprocessed condensate, and crude oil.

“EnLink is a very important partner for us, and the Eagle Ford Shale continues to be strategically important to Devon,” said John Richels, Devon Energy’s president and CEO. “VEX will continue to provide opportunities to move condensate to attractive markets on the Gulf Coast. We strongly believe in the compelling strategic and financial merits of this transaction, which will benefit both companies.”

The Eagle Ford Shale represents one of Devon’s fastest growing operational areas with production of approximately 98,000 barrels of oil equivalent per day in the fourth quarter of 2014. Devon will continue to support the VEX pipeline as a committed shipper pursuant to a long-term transportation services agreement that includes a substantial minimum volume commitment.