Throughout the oil and gas industry, particularly in monitoring myriad alarms within pipeline operations, SCADA alarm management not only is complex, but it also demands sizeable investment in the system. As a result, technology innovators have researched opportunities to deliver better outcomes while driving down costs. They put all the alarm-related factors into a think tank and have developed a better way for companies to protect their systems with alarms and alerts at more reasonable cost. 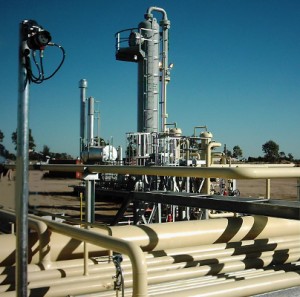 SCADA technology innovators have researched opportunities to deliver better outcomes while driving down costs. The solution revolves around machine-learning and behavior recognition.

The solution revolves around machine-learning and behavior recognition, which have opened new avenues for operators to quickly see potential malfunctions before they actually happen, possibly on a disastrous scale. The “problem” with SCADA systems comes from being rule-based, which means that alarm levels throughout the system are set up and configured for specific triggers, as well as protective actions that should occur. Therefore, decision-making about what to do in the control room and with personnel is based on using trending tools to compare the currents event(s) to previous similar events.

By contrast, the aforementioned technology innovators have developed enhancements that give operators new tools to recognize abnormalities within data. In other words, the operators now have the capability to see data patterns unlike ones seen before and to make real-time decisions through this heightened situational awareness. Machine learning and behavioral recognition, the keys to this enhanced alarm management, were pioneered by Houston-based BRS Labs in serving the video surveillance market. GlobaLogix, also based in Houston, is partnering on introducing these advancements to the SCADA environment.

How the Enhancement Works

Basically, in the context of non-IT management, this alarm management innovation functions at a metadata (data providing information about other data) level as follows:

IR-Compressor Systems: This involves looking at a mechanical thermodynamic system, such as a large compressor or fluid processing element where changed behavior manifests itself in incremental changes in surface temperature gradient. In these systems, normal cyclical changes and abnormal malfunction changes both result in changes to the temperature gradient. By self-learning the normal, the analytics can distinguish the abnormal. Operators will be alerted when a system such as a compressor begins having unexpected hot spots and changes from the ordinary. These indicators can pinpoint impending failures like burnt valves or worn bearings. Abnormalities will show in any system with thermodynamic heat transfer by learning, then monitoring the surface temperature gradients.

A key point is that the temperature of the gas or the liquid is not being measured, but rather the temperature of the equipment’s surface is being measured. Although many different temperatures and pressures are typically measured on these systems, this newer method gives a more precise description from the heat signatures and the infrared (IR) camera than simply measuring absolute temperature or absolute pressure. Other issues include seeing gradient differences in the movement of temperatures. Not unlike automobile cylinders, when one starts getting hotter than the others — just on the outside of the metal — it can be quickly determined that a problem has occurred with one particular cylinder.

Acoustics-Rotating Equipment: Again, similarities with compressors or gas turbines are an appropriate analogy. One of the human senses employed with this equipment involves listening. When the pitch begins changing, the individual doing the inspection will look at different parts to determine if something is different or amiss. This exploring, or investigation, is not to conclude that something is right or wrong, but that “it’s different, so let’s take a look.”

The idea that the acoustic pattern, or the acoustic measurement of that rotating equipment, could provide an indicator that something is abnormal or behaviorally different is theoretically valid. In actual practice it is valid if a compressor or turbine’s frequency begins changing, a skilled operator quickly knows something is wrong.

Looking at it statistically and through the data, an operator can tell whether or not the changes are normal or abnormal without actually being right there listening to it. Again, the solution is about the software, which learns normal behavior. Then, when the system begins behaving differently, the software can communicate the critical message that “this is different.” The behavioral recognition technology can be applied to acoustic to determine whether the equipment’s behavior pattern is different.

Another advantage of the acoustics in IR is having richer data sets for change, which means that much more data can be generated and analyzed, compared with traditional SCADA data which may only provide from readings taken at longer discreet intervals.

IR-Oil Sheen in Oceans: An IR camera with a wide field of vision is installed on an offshore platform and the camera looks at the water’s IR signature (i.e., what is reflected off the water).

Therefore, the situation is that an observer sees light reflected and notes elements that comprise the IR signature, such as time of day and weather conditions. With those factored in, if oil exists in the water the pattern will be different than if observing normal sea water. This method is considerably less expensive than periodic flyovers to observe oil that may or may not be visible to the naked eye.

As with any oil in waters offshore, whether from drilling or pipelines, the sooner it is detected the better. Similar to other applications of this new technology, the idea is that it is critical to be able to categorize when abnormal behavior occurs to maintain normal operations. In turn, sophisticated instruments or machines can be used to deal with these complexities far better than humans using yesterday’s technology.

Is this the final word on enhanced SCADA alarm management? Not at all. Newer ideas and new partnerships are on the horizon.

Chuck Drobny is CEO of GlobaLogix (www.globlx.com), a control and automation firm based in Houston.