Engineering for the Future

If you’re looking for evidence that we’re living in the future, just take a look inside our pipeline infrastructure. When oil and gas pipelines get a checkup, the technology used can resemble the world of science fiction movies like Buck Rogers or Star Wars, according to Dr. Chris Alexander, P.E., principal at Stress Engineering Services Inc., with more than 20 years of experience evaluating onshore pipelines.

Stress Engineering Services (SES) specializes in damage assessment and developing appropriate repair solutions for existing pipelines. The company serves the upstream, midstream and downstream oil and gas industries, as well as offshore infrastructure, and has more than 40 years of experience serving more than 20 different industrial sectors. Based in Houston with offices in New Orleans, Baton Rouge, Cincinnati and Calgary, the company employs about 400 people, with 15 to 20 employees working for its pipeline practice. SES is an employee-owned company with more than 800 clients worldwide.

The majority of SES’s pipeline business stems from existing relationships with companies.

“We’ve done this for a while, and people have confidence in our ability, and they continue to call back,” Alexander says. “Repeat business and developing strong relationships are very important. In the consulting business, there’s a lot to be said for repeat business.”

Alexander has been largely responsible for the growth of the company’s pipeline practice. He is recognized in the industry for his experience in composite repair technology and performing pipeline damage assessments, and he consults with numerous pipeline companies and manufacturers. In addition, Alexander has written more than 90 technical papers and is a frequent speaker at conferences around the world.

The other senior executive in the pipeline practice at SES is Ron Scrivner, a staff consultant who assists Alexander in managing the company’s Engineering-Based Integrity Management Program (EB-IMP). During his 30-year career, Scrivner has supported the gas transmission industry with metallurgical expertise in the areas of materials purchasing, engineering design, construction and operations.

Together, Alexander and Scrivner lead the SES team in identifying, evaluating and repairing pipelines, using the company’s five-step EB-IMP process. SES currently works for all the major U.S. oil and gas pipeline companies. 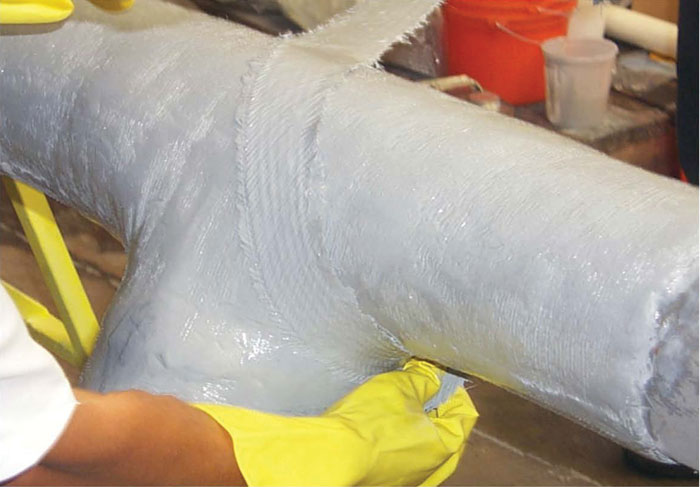 After thorough testing of pipeline damage, Stress Engineering Services Inc. designs and implements a repair solution, if the damage exceeds industry-specified acceptable tolerances. One type of repair is composite technology, where the pipe is wrapped at the damaged area.

Dating back to the 1990s, SES has been a leader in evaluating pipeline damage, including mechanical damage like dents. The company has several test facilities, including a 92-acre site, which houses the technology and equipment for testing and analyzing pipeline damage. The company has conducted research programs for the Pipeline Research Council International (PRCI), the Gas Research Institute, the American Petroleum Institute (API), as well as many pipeline companies. SES is frequently contacted to provide consulting services to evaluate damage to onshore as well as offshore pipeline systems.

State of the System
The North American oil and gas pipeline infrastructure faces a number of challenges, as governmental regulations mandate better integrity management. The age of these pipelines is a major area of concern, Alexander says, but inspection technology is starting to beat back the forces of corrosion and damage.

“There are hundreds of thousands of miles of pipelines in North America, from transmission to gathering and distribution,” he says. “The biggest are the transmission lines, and that’s where we do the bulk of our work. There’s a lot of science to pipelines, especially in the inspection part of the industry, which is really developing.” 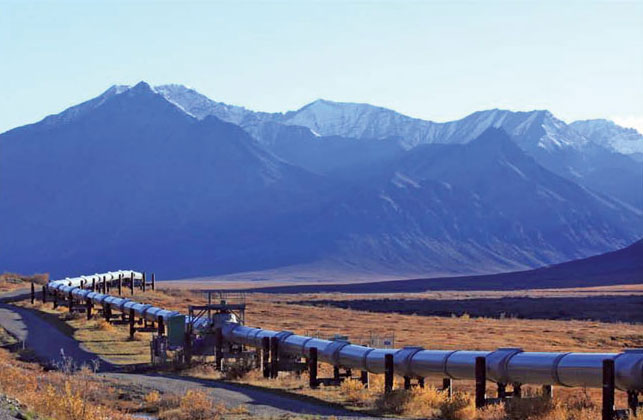 Stress Engineering Services works in all pipeline sectors — upstream, midstream and downstream — with the bulk of its business in long-distance midstream transmission lines.

The continued enhancement of inline inspection (ILI) tools has been at the forefront of today’s pipeline integrity management programs, Alexander says. Most of the pipelines in North America are old, with approximately two-thirds built between World War II and the 1960s.

“We need to do more to examine these aging pipelines,” he says. “It’s an older system that is analyzed by a good group of engineers who are committed to the needs of the industry.”

A major component of maintaining pipeline integrity — no matter the age — is data collection, Alexander says. ILI technology enables inspectors to run a train of tools through a pipeline to collect virtually every kind of data possible, from mechanical damage to the condition of coatings, whereby pipeline engineers like those at SES can process the information and make a decision on how to proceed with maintenance.

“Pipelines are buried underground, so we can’t inspect them all physically,” he adds. “ILI tools let us get the information we need. In the past, if there was a dent in a pipeline, we were lucky to get a measurement of its depth. Now, we get detailed geometry of each dent. There’s so much more technology that we have at our fingertips.”

Because of the advancement in ILI technology, today’s pipeline engineers are able to get a much more accurate representation of the dent. The collected data can go right into a computer model for lab testing.

“The testing we do is not routine, but it’s starting to be,” says Alexander, adding that SES is planning a project to be launched later this year that will standardize some of its pipeline testing criteria for dents. “We don’t have a lot of people who do what we do. It’s a very niche part of the industry.”

Fear of Failure
Like many facets of the energy industry where safety is critically important, Alexander says, the fear of failure and the desire to operate safely are powerful motivators in the pipeline sector.

“Pipeline companies want to operate safe pipelines,” he says. “If they have an older pipeline, they know there’s an increasing possibility of it failing. Integrity management, even in the course of my career, has become a big part of the industry maintenance.”

Pipeline failures, including leaks, are compelling pipeline companies to a heightened awareness of the condition of their infrastructure, Alexander adds. Another driver in the industry is governmental regulations.

“The pipeline industry is a good model for how regulators and industry can work together,” he says. “That may not be a popular viewpoint, but that oversight is important. Because pipelines run through our backyards, neighborhoods and cities, it’s critical that they operate safely. Pipeline companies to want to operate safer, and therefore the fear of failure drives the industry to improve. Newer technology allows us to evaluate the condition of the infrastructure easier, but not necessarily a simple process.”

Age and what Alexander calls “the unknowns” are the biggest problems facing the pipeline industry today.

“In any industry, you have unknowns,” he says. “You might know you have a dent in a pipeline, but you rarely know the details about that dent. Therefore, you have to err on the side of conservatism when you do not know how safe it is to continue to operate.”

At the core of ensuring pipeline integrity is the ability to accurately inspect the pipe, and from there make an informed decision about the threat to pipeline operation. Some older systems are not able to accommodate running ILI tools, which can hamper integrity management programs.
Pipeline operators’ first concern is to protect the public, Alexander says. Despite the damage that a pipeline rupture does to the oil and gas industry’s reputation, the community can learn from these failures. These events highlight the threats that exist in pipelines, such as environmental damage or vintage construction concerns, he cites as examples.

“When we have these failures, it raises the awareness of the threats of what causes the failures,” he says. “It becomes a matter of prioritizing what can pose dangers, and not all threats are weighted equally. Usually, when there’s a failure, that specific threat is reevaluated and may go to the top of the list. There’s a leapfrog effect in understanding where everyone focuses on one threat and learns all about it. Over the years, our knowledge expands and this growth is not trivial.”

The Future Today
Technology and knowledge grow at an exponential rate. SES already uses the most advanced processes to evaluate pipelines, which Alexander admits is already pretty futuristic. But he sees even more developments on the horizon.

One of the things that pipeline companies are doing to make aging pipelines inspectable is installing pig launchers and receivers. Alexander thinks the industry will see improvements in inspection technology by integrating the use of high-tech capabilities, such as nanotechnology, and by borrowing from other fields, such as the medical industry, where technology used to inspect hearts could be adapted for use in pipelines.

“From where we’re headed, I envision a day, and maybe it’ll be within my career, when we’ll have inspection technology that runs through a pipeline, collects the data and then on the fly it’s able to evaluate where the threats are,” he says. “Today, with magnetic flux leakage or MFL technology, we’re able to calculate the stress on a pipeline based on magnetism, and that’s already sort of a Buck Rogers or Star Wars kind of thing, so we’re already headed in that direction using available technology.”

Read more about 5 Steps of EBIMP