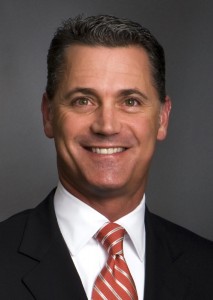 There was no crystal ball in which to see the future at the annual BoyarMiller Energy Breakfast Forum, but there was a sense of calm and clear acceptance of the current supply-induced down cycle expressed by three presenters who provided their industry insights.

“This was one of our most highly anticipated breakfast forums given the current state of the oil and gas industry,” said Chris Hanslik, chairman of BoyarMiller, a Houston-based law firm. “As business partners with our clients, we strive to deliver insights that impact their strategies for success. These three presenters accomplished that by providing exceptional overviews on industry trends, the regulatory and political climates and the current down cycle.”

Wicklund said that U.S. horizontal rig count has to drop by 30 to 35 percent and stay there for four to eight quarters to get U.S. production growth to zero. However, it is difficult to get companies to agree to slow down production growth on their own, and the price of oil governs that growth. While Wicklund said no one can predict the price of oil, he expects the price to hover around $60 for the next two years and warned the price may bottom lower than that once U.S. storage capacity is full by mid April.

“It’s not all bad,” said Wicklund. “We will become an industrial-based oil country again by 2016. Once we are at or close to zero we will start growing production from that point forward. The problem is it will on a secular basis of 3 to 5 percent annual growth as opposed to the 8 to 10 percent annual growth experienced from 2010-2014. But it will be a good business because we know where the oil is; we don’t have to go find it.”

Wicklund said the collateral damage will be felt hard, especially in Houston where 74,000 jobs have already been lost and more are predicted. About 58 percent of office space in Houston is directly or indirectly related to the energy sector.

He said the duration of this cycle may take six quarters to fix. Orders for deepwater projects are stalled and a more favorable economic level for activity could take about two or three years. In the meantime, he said it will be a “tough” environment with the industry under a lot of pressure.

“When the price of oil hits bottom, stocks of the oilfield service and E&P companies will bottom too, and we have to have a realistic expectation of when they will recover,” said Wicklund.

Matthew Pilon, managing director of Simmons & Company, said the energy industry is notoriously cyclical and while we can’t help but compare the cycles this one is quite different. He cited seven ways the current market is different from 2009 including the availability of capital being very high.

Private equity funds targeting energy raised $88 billion from 2010-2014 and these funds have become a large part of the market.

“There are 500 private equity-owned energy services and equipment companies,” said Pilon. “When marketing a business, we have many more exit options available. We can target private equity firms by size, interests or geography and generate a targeted list to match interests.”

Because there is so much capital and very large funds available, Pilon said there is less need for initial public offerings, or IPOs. “You don’t see companies getting to a point where they want to go public to raise capital, but rather they transition to the next tier of private equity firm.”

Pilon said the result is an increase in the number of larger private companies with a high interest among private equity firms in identifying operating partners and good talented managers.
As North American energy markets expanded in recent years, so did oilfield services and equipment mergers and acquisitions activity.

However, Pilon said that M&A activity dropped in the last couple quarters and he speculated it will continue to slow this quarter and into Q2.

“Many potential 2014 deals were put on hold and it takes time to fill the pipeline,” said Pilon. “We had a record M&A backlog in 2014 so we think there is a lot of pent up demand. We will begin to see deals that are more appropriate for the current market, so there is a lot of activity coming, but it will probably be slower before it gets better.”

In addition to the availability of immense capital, other ways the downturn is significantly different from 2009 is that banks are a lot healthier than they were, although cautious in their lending practices. Pilon also said the world economic situation is better than in 2009 when there was a global recession.

“But another key factor to keep in mind is the market psychology,” said Pilon. “We have the memory of a quick recovery in 2009. So potential sellers are not selling for cash; they are doing the least offensive deal if they need to raise money or restructure debt with the hope that things will get better and that is contributing to the drop in M&A activity.”

Pilon ended with a warning about the reliability of oil futures prices and noted the magnitude of the forecasting errors made by the U.S. Energy Information Administration and others.

David Pursell of Tudor, Pickering, Holt & Co. acknowledged that there should be no new surprises from legislators in Washington D.C., but they will continue to push for increased regulation.

“We will see the idea of exporting U.S. oil gaining traction but there is not enough understanding of the issue right now,” said Pursell. “Maybe the next administration will get more serious about it, but it means a lot of education needs to take place.”

Pursell told the group that Endangered Species Act enforcement will be a constant for the industry, as will ongoing rail regulation, although the amount of crude being shipped by rail has been declining for several years.

Climate change and carbon emissions will also continue to be discussed on Capitol Hill as well as hydraulic fracturing, in general. “In my opinion, the push against hydraulic fracturing is driven by the desire to see more growth of solar energy. There may be some regulation about produced water being held in a covered tank instead of a lined pit, but nothing is expected to be a game changer. Just know that fracturing opponents are not going away.”

Purcell predicts that the Keystone pipeline will eventually pass citing that pipelines are proven to be the safest mode of crude transportation.

He closed hoping that Mexican energy reform will happen because it offers much opportunity for U.S. businesses doing business there, as well as for the country of Mexico.