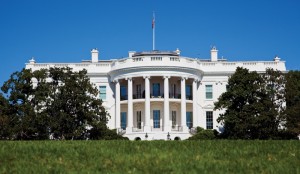 Secretary of Energy Ernest Moniz announced several new initiatives as part of the larger Strategy to Reduce Methane Emissions. The plan was announced July 29 at a meeting — the fifth in a series of roundtables — hosted by the White House and DOE to reduce methane emissions from natural gas systems and to build on President Obama’s Climate Action Plan.

“By expanding our discussions through these methane roundtables, we have heard from several different groups about the benefits to finding workable solutions to the problem of methane leakage,” Moniz said. “These benefits include job creation through pipeline and other equipment replacement, cost recovery for infrastructure investments that increase safety and save energy, and opportunities for addressing climate change by reducing greenhouse gas emissions.”

The methane roundtables brought together representatives from industry, labor, academia, manufacturing and environmental and non-governmental organizations, as well as states and localities to identify opportunities, technical solutions and best practices to reduce methane emissions from a range of sources.

In addition, the Obama administration is currently carrying out the Quadrennial Energy Review to develop a comprehensive blueprint for meeting 21st century energy challenges. The first installment of the QER is focused on the issues of transmission, storage and distribution infrastructure across the energy sector, including natural gas.

Environmental groups hailed the initiative as an improvement, but called for further action. Environmental Defense Fund president Fred Krupp called the announcement “promising” and expressed hope that the plan would be “carried out on an expedited basis.” He called controlling methane an essential element in protecting the climate and conserving natural resources.

“These new initiatives and commitments are an important step,” Krupp added. “But voluntary commitments can only take us so far. We need coordinated federal and state regulations to address methane pollution and tighten emissions standards.”

“These important measures must be paired with quick action by the EPA to regulate methane from oil and gas production, processing and transport facilities, as well as finalizing a strong Clean Power Plan,” Nardone said.

The Interstate Natural Gas Association of America (INGAA) responded to the DOE announcement with the industry’s recent track record toward reducing emissions. The group showed that pipeline safety efforts and modernization and expansion projects to ensure system reliability and resiliency have led to a reduction in the amount of natural gas released from pipeline systems.

“The natural gas transmission pipeline industry reduced the number of leaks by 94 percent, preventing 122 million metric tons of [carbon dioxide]-equivalent emissions over the past three decades, as a result of pipeline integrity and maintenance programs and continued investment in new pipeline facilities,” said INGAA president and CEO Don Santa, citing an INGAA analysis that estimated each leak at 1.5 million cubic feet (half the size of the maximum leak reported in this category of PHMSA data) and assumed a global warming potential of methane of 25 over a 100-year period.

“These prevented emissions are equivalent to removing more than 25 million passenger vehicles from the road for one year,” Santa continued. “We are committed to go even further by establishing guidelines to reduce emissions from pipeline equipment, with a particular focus on the types of equipment with the largest emissions profile.”

INGAA will develop industry guidelines for Directed Inspection and Maintenance (DI&M) of natural gas pipeline facilities. DI&M is a well-established and EPA-recognized tool for detecting and mitigating leaks in a cost-effective manner. While most INGAA member pipeline companies use DI&M, the guidelines will improve consistency and uniformity, which should result in further emissions reductions. INGAA will work with research groups to create a roadmap for developing technological innovations to make DI&M even more effective.

In addition, INGAA, along with several member companies, is working with Colorado State University and Carnegie Mellon University in collaboration with the Environmental Defense Fund to help further validate and refine the estimates of GHG emissions from transmission and storage facilities.

An INGAA Foundation research report released in March estimated that the United States and Canada will require each year through 2035 an average of 850 miles of new natural gas transmission mainlines, 800 miles of new laterals to and from power plants, processing facilities and storage fields and almost 14,000 miles of new gas gathering lines to bring new gas supplies to growing markets.

INGAA estimates $30 billion per year will need to be invested in midstream pipeline infrastructure, which will benefit the economy, as well as the environment by reducing upstream and downstream greenhouse gas emissions because less gas will be flared and more gas will be used to displace higher emitting fuels. The trade group said that improvements to the pipeline permitting process will help the Unite States to realize more rapidly and more fully the benefits of its natural gas abundance.