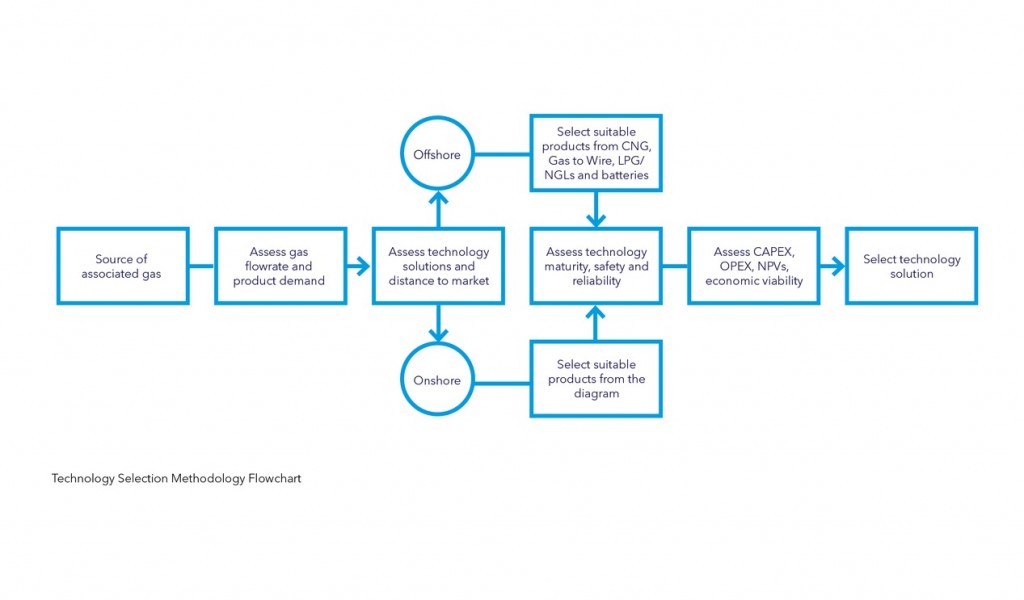 As the oil and gas industry look for ways to end routine gas flaring, DNV GL published new research “Natural Gas Capture – Clean and Economic,” which examines the viability of alternative solutions and their revenue potential.
DNV GL’s conceptual studies are based on real locations and field conditions both on- and offshore.

The research has examined the challenges of reducing flaring when natural gas is not the main product, it is released during well testing or when emergency releases are required due to production conditions.

Worldwide approximately 5 percent of natural gas is flared or vented as part of oil and gas production, creating a significant contribution to the volume of greenhouse gases that impact climate change. The flaring itself creates carbon black which also has an impact on climate change by creating more solar insolation retention. The loss of natural gas to the atmosphere also represents significant ‘lost energy’. In some North American shale gas and oil locations, due to a lack of infrastructure and the remoteness of the exploration and production activities, as much as 30 to 40 percent of gas is being flared.

“Further, DNV GL can now assist oil and gas operators in assessing alternatives to flaring/venting by evaluating the economics of various options and utilizing technology qualification to assure the risks of new or existing technologies are fully mitigated.”

Natural gas is helping society to move energy consumption toward reliable, affordable and cleaner energy sources. As oil and gas production grows significantly in North America, due to the shale revolution, industry needs better ways to reduce flaring/venting volumes and new regulations and industry efforts are already strongly focused on reducing these emissions.

The DNV GL research examined four case studies, both on- and off-shore, for reducing flaring/venting. Captured gas can use less expensive transport options, be converted to useful products and/or the market for the gas can be brought closer to the source. The technical feasibility, safety, economics and market demand for moving toward more gas capture and utilization was examined for different locations and situations.

Two key options for flaring reduction include converting captured natural gas to LNG or CNG for export or fuel for vehicles/equipment, respectively.

The study also examines generation of products such as methanol, liquid propane/butane and other liquid transport fuels (i.e., diesel, Jet A). Natural gas could also be utilized for production of urea and ammonia fertilizers, hydrogen, dimethylether, ethylene and propylene and plastics.

Captured gas could be used to generate electricity via gas to wire technologies or power air separators to generate nitrogen as an alternative fracking agent, replacing aqueous fracking approaches.

Follow this link for more about DNV GL and its research.