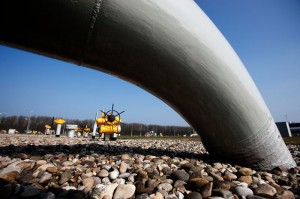 Microbiologically influenced corrosion (MIC) is a serious threat to the integrity of onshore transmission pipelines and can lead to unexpected failures.

Despite advances in understanding, there is limited knowledge to accurately predict its location and the rate of corrosion. For this reason, DNV GL is calling for partners to collaborate in a Joint Industry Project (JIP) to develop a Recommended Practice for the detection and mitigation of MIC.

External MIC is corrosion caused or promoted by microorganisms on the outside of the pipeline system and is one of the leading causes of corrosion failures in onshore pipelines.

Microorganisms may adhere to metal surfaces and form biofilms (complex microbial ecosystems) that can alter the electrochemical conditions on the metal surface in such a way that corrosion can be induced locally; most commonly occurring as pitting. It is difficult to prevent this type of rapid corrosion, since it is not possible to prove the presence of MIC directly without excavating the suspected site to run tests. Indications of MIC can be found through detecting either coating degradation using DCVG (Direct Current Voltage Gradient) or the pipeline’s metal loss using ILI (In-line Inspection).

“Tiny microorganisms can cause big headaches for onshore pipeline operators, since MIC leads to high corrosion rates at unpredictable locations along a pipeline. Even with well-functioning, long-running cathodic protection systems in place, MIC can still occur,” says Mirjam van Burgel, JIP project manager. “Though corrosion rates can be reduced, microbiological colonies responsible for MIC do not disappear completely,” she continues.

The JIP will focus on preventing or alleviating MIC by exploring the role of coating condition and cathodic protection in the occurrence and prevention of MIC, and identify practical means to support pipeline operators in detecting possible MIC sites by testing and selecting the best measurement techniques. The project will also develop a decision-support tool to rank the risk of MIC-sensitive areas along a pipeline.

“Onshore pipelines are critical in meeting the growing demand for energy worldwide. Currently, there are over 230,000km of oil and gas pipelines under construction or planned, in addition to the existing pipeline infrastructure that must continue to operate safely and reliably. DNV GL has deep knowledge of pipelines from performing laboratory and field research projects, including on pipeline corrosion and degradation. The outcome of this project will enable asset managers to effectively lessen MIC, enhance the safety and integrity of their pipeline system and reduce costs by avoiding costly excavation,” says Asle Venås, Pipeline Segment Director – DNV GL Oil & Gas.

The final outcome of the JIP will be an industry-wide Recommended Practice (RP) establishing industry guidelines and recommendations to predict, detect and mitigate the occurrence of MIC. DNV GL is well placed to lead this project, having established an MIC Technical Exchange Group earlier this year