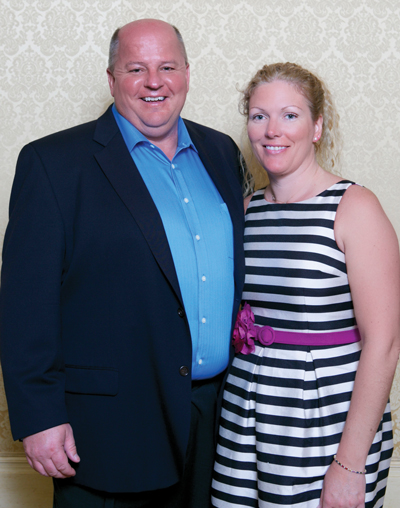 The 2014 annual Distribution Contractors Association (DCA) Convention was held Feb. 4-9 at the Ritz Carlton in Cancun, Mexico. This was an amazing event in all regards. There were 425 in attendance, an increase compared to the 2013 meeting held in Miami.

This convention marked the end of Tim Bell’s term as DCA president. Bell, of Midwestern Contractors, and his wife, Leigh, hosted the conventioneers at various business and social events. The business sessions featured outstanding speakers. Richard Picciotto, of the New York City Fire Department and a fire chief at the time of the 9/11 attacks was on hand to present an emotional recap of his near death experience. He is the highest ranking firefighter to have survived the collapse of the World Trade Center. Mark Bridgers, of the Continuum Advisory Group, presented an economic forecast for the industry. He noted that 2014 will be a very good year but will have a slight slowdown toward the end of the year, adding that 2015 and sometime thereafter should show solid growth for distribution contractors. The final featured speaker was former NASA astronaut Clayton Anderson, who gave an awe-inspiring presentation of his life as an astronaut, including his two space flights. 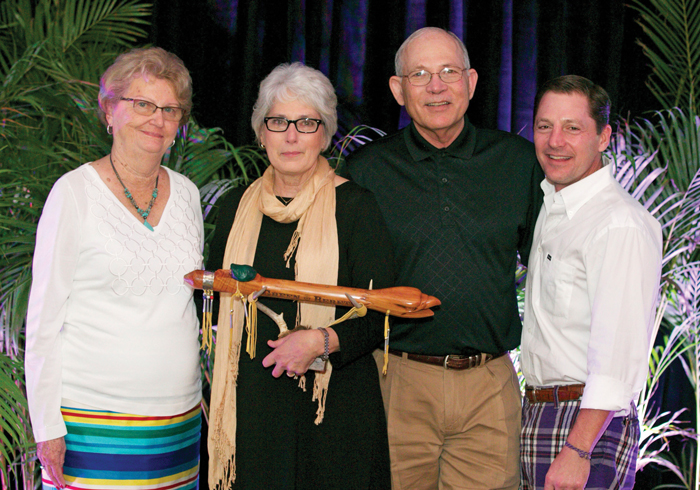 DCA executive vice president Rob Darden recapped that 2013 saw 29 new members join DCA. The annual auction, again handled by Butch Graham, of Ritchie Bros., brought in more than $700,000. At the end of the auction, there was special item auctioned to benefit The Green Beret Foundation, which helps special forces soldiers who are injured on the battlefield. Graham and his wife, Bonnie, are very involved in the foundation in Oklahoma and had hoped to raise some additional funds for this wonderful organization. Amazingly, DCA members pledged more than $100,000 for this cause.

The final evening featured a Jimmy Buffett-themed President’s Reception and Dinner. At that point, Bell turned over the DCA presidency to Grady Bell, of Laney Directional Drilling. 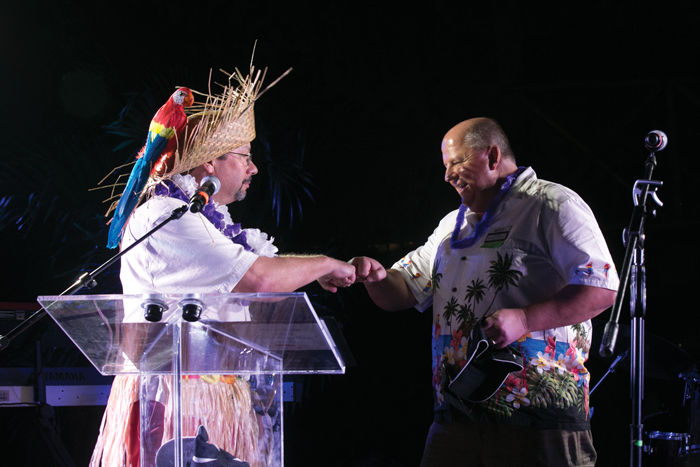 Grady Bell and Tim Bell (from left) at the Jimmy Buffet themed party at the closing banquet.

DCA’s midyear meeting will be held July 23-27 at the Pinehurst Resort in Pinehurst, N.C.