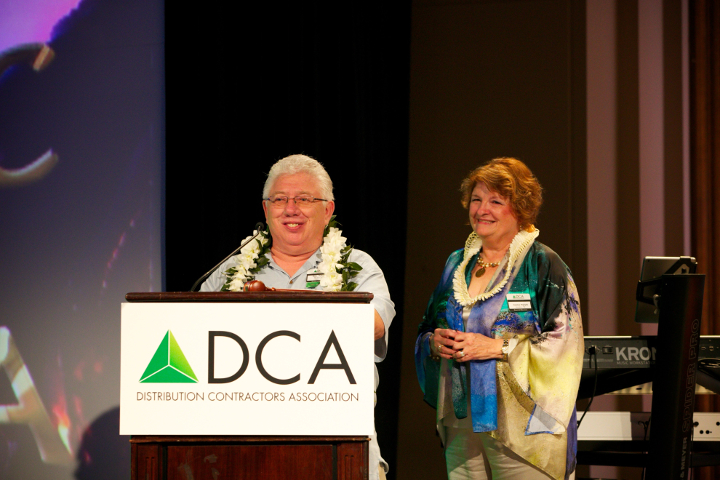 Between keynote addresses, committee meetings and day trips, networking with peers was a top priority at the annual DCA Convention. Picture here are newly installed DCA president Dale Mykyte and his wife Debbie.

The Distribution Contractors Association (DCA) held its 56th annual convention Feb. 6-11 on the Island of Maui, Hawaii at the Grand Wailea Hotel. This was a record setting event with almost 500 attendees. Outgoing DCA President Dale Anderson, executive vice president of Miller Pipeline, and his wife Theresa headed up all of the convention planning along with Shepard Poole, president and CEO of Hallen Construction Co., and his wife Ann. The schedule of business and social events took full advantage of all that makes Hawaii so beautiful. 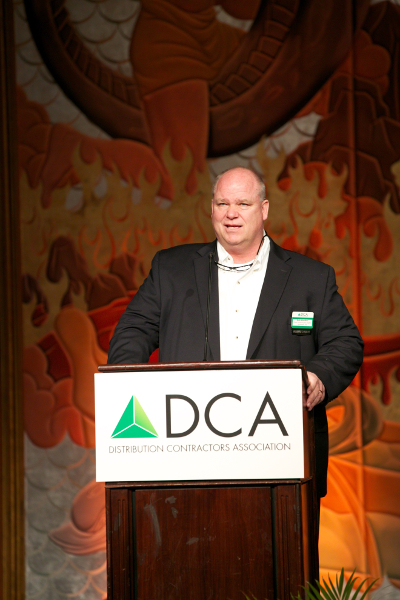 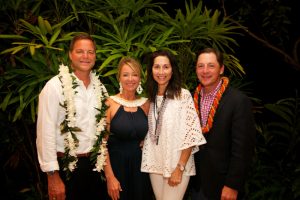 Handling the convention planning was outgoing DCA president Dale Anderson and his wife Theresa, and Shepard Poole and his wife Ann.

Jon Dorenbos, long snapper for the NFL’s Philadelphia Eagles, offered a motivational speech applying what he has developed as a “master magician” showing his life experiences and NFL stories.

On Friday morning, a fun team building event was held. It was titled “Build Your Own Boat.” All participants were provided with materials that included cardboard, plastic wrap and duct tape to build a boat that would hold ideally four people. There was then a two-man race, a four-man race and a final effort to see how many people could fit in a boat. It was a lot of fun to participate and be a spectator.

The annual auction was again handled by Butch Graham, of Ritchie Bros. Auctioneers, the results were a record-setting $1 million in funds raised for DCA’s work.

The convention came to an end Friday evening with the President’s Reception and Dinner. At the dinner, Anderson passed the gavel of presidency to Dale Mykyte, CEO of Pe Ben USA Inc. DCA’s 2017 mid-year meeting will be held July 19-23 at the Fairmont Le Château Frontenac in Quebec City, Quebec, Canada. The 2018 annual convention will be held at the St. Regis Monarch Beach, Dana Point, Calif. Feb. 25 to March 2.