NACE Evolves to Provide Education and Standards for Corrosion Control

Corrosion control is a key component of oil and gas pipeline integrity management. NACE International has been the leading authority in corrosion for 77 years. Over that time, the organization has continued to evolve to better serve its customers.

NACE International was established in 1943 by 11 corrosion engineers from the pipeline industry as the “National Association of Corrosion Engineers.” The founding engineers were originally part of a regional group that was formed in the 1930s when the study of cathodic protection was introduced.

Renamed NACE International — The Corrosion Society in 1993, the association now serves nearly 37,000 members in more than 140 countries and is recognized globally as the premier authority for corrosion control solutions. And not just for the pipeline industry. NACE has expanded to serve industries such as maritime, highways and bridges, water and wastewater, and power and utilities, as well as amusement parks. 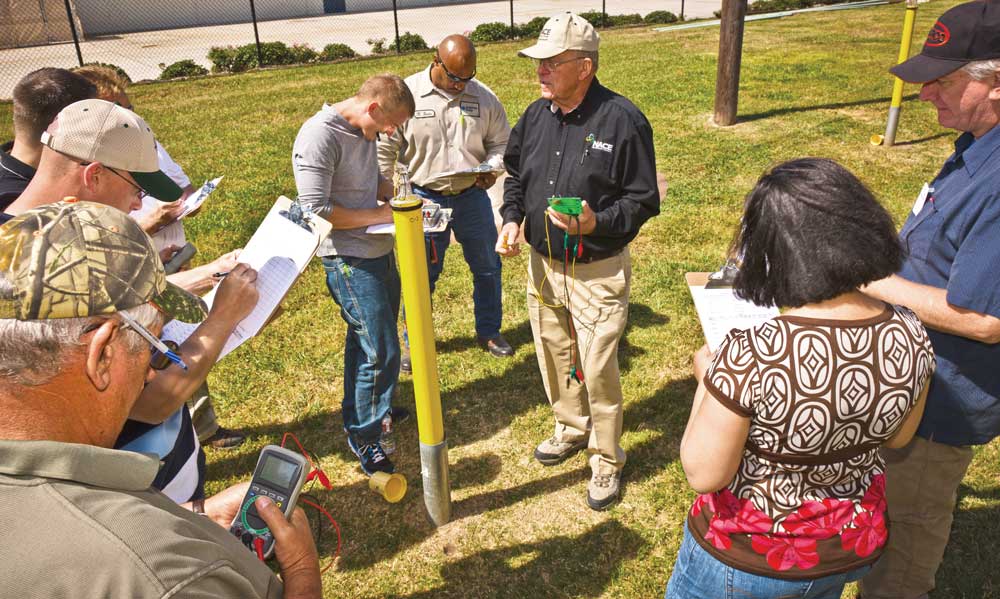 To remain relevant to its members, NACE has adapted to better serve its industries, and continues to do so today. The organization has recently developed a new standards board and is the process of negotiating a possible merger with another leading corrosion standards group, The Society for Protective Coatings (SSPC).

With its origins in serving oil and gas pipelines, NACE remains focused on providing corrosion control solutions for the industry. As integrity management has become increasingly important for the pipeline sector, NACE’s role has remained largely the same, according to Helena Seelinger, chief regulatory and public affairs officer for NACE and executive director of the NACE International Institute.

“We’re still providing technical and research information through our committees, standards, technical and research journals, training and certification,” Seelinger says. “NACE started in the pipeline industry in Houston. In the beginning, it was really focused on coatings and cathodic protection because there was no other space for that in the industry.”

As NACE standards and best practices have become part of the regulatory landscape, says Seelinger, corrosion is no longer the leading cause of pipeline failure as it once was.

“Corrosion is still a critical issue,” she says, “but it’s not the top problem because of the difference NACE has made, in particular with the standardization of cathodic protection technology for underground structures in 1969, and with many other corrosion control standards since then.”

One of the biggest changes in the pipeline industry has been the attitude toward addressing corrosion, according to Tim Bieri, NACE vice president and corrosion management engineer at BP.

“There has been a big emphasis on shifting the conversation about corrosion,” Bieri says. “Everyone used to think they have time to deal with the problem later. However, if you invest money now, it will pay dividends down the road.”

Bieri adds that pipeline operators, like all companies, have a finite pool of resources. It’s essential that they make the right risk-based business decision about handling corrosion.

Today, aging infrastructure has become one of the leading concerns in the pipeline industry, according to Kevin Garrity, NACE International Institute president and executive vice president of technology at Mears.

“The pipeline industry is striking a balance between the new technology of new assets that improve overall safety and what we do to preserve the integrity of aging assets, with all the complex challenges we face,” Garrity says. “From the operator’s side, the concern and the question is, how do we make sure that an asset that was working safely and effectively over the last decade won’t experience an unfortunate incident? It’s difficult to predict. We’re making advances, so there is greater awareness. That’s a result of better standards and better education in the pipeline industry. That’s a big part of what we do at NACE, providing training and certification to improve integrity.”

On top of new technology tools, Bieri adds that the industry’s ability to conduct data analytics, using physical, operational and inspection data has improved, allowing operators to better predict where corrosion might be occurring.

While improvements to coatings and cathodic protection are helping protect the outside of pipes, Bieri says there have also been a number of advances to protect the insides as well. New innovations in chemical treatments have aided corrosion preventive measures, such as the use of biocides to counteract microbially influenced corrosion (MIC) and other corrosion inhibitors.

In addition to developing standards and best practices for the pipeline industry, NACE has invested in education and training programs to serve the people who work on the front lines of the battle against corrosion.

“On the certification side, the NACE Institute has invested half a million dollars to upgrade exams and computer-based testing,” Seelinger says. “Assessments are more important than ever for those in the field to ensure they’re taking measurements properly. Education and certification have gone to the next-generation level within the pipeline industry.”

Another way that NACE supports the pipeline industry is by engaging in workforce development programs and collaborating with other industry organizations on policy matters.

“We start with early engagement, with STEM programs and outreach at the university and high school levels, to get corrosion on the map for individuals at a much earlier age,” Bieri says. “We have to have the workforce in place for the next generation.”

Garrity adds that NACE also engages with workforce development programs for returning veterans, as well as public outreach efforts to spread the word about the benefits of corrosion control and how it can save lives and costs.

Developing standards has always been part of NACE’s mission. However, the organization recently revamped its processes. In April 2019, NACE announced the creation of a new Standards Board to better address this core activity.

The demand for new corrosion standards has grown significantly over the years, says Cris Conner, interim Standards Board chair for NACE. After an internal review, the organization sought to improve how it develops standards.

“Now we can create standards in a timelier basis and be more responsive to industry needs,” Conner says. “We felt by taking standards activities, and having a dedicated structure in place, was a more efficient use of time. We’ve streamlined and strengthened our processes by having a smaller, more dedicated body for writing and publishing standards.”

Another thing that Conner says NACE strove for was to ensure that the new board had a strong international makeup, which he says was accomplished. The Standards Board is comprised of 10 members, four of which are from outside North America.

In addition to ensuring that its historical customers were represented, such as by having two board members that represent the oil and gas industry, NACE also aimed to include strategic partners on the regulatory side, recruiting members from the U.S. Department of Defense and the Environmental Protection Agency.

Conner says the biggest impact the Standards Board will have on NACE is by setting a strategic direction for developing new standards.

“In the past, we would listen to our customers about what their needs were,” he says. “Now, we are actively reaching out to our customers to best understand their needs. We’re targeting certain markets that need corrosion related standards, and we’re better equipped to address unique opportunities that NACE doesn’t already have a niche for.” 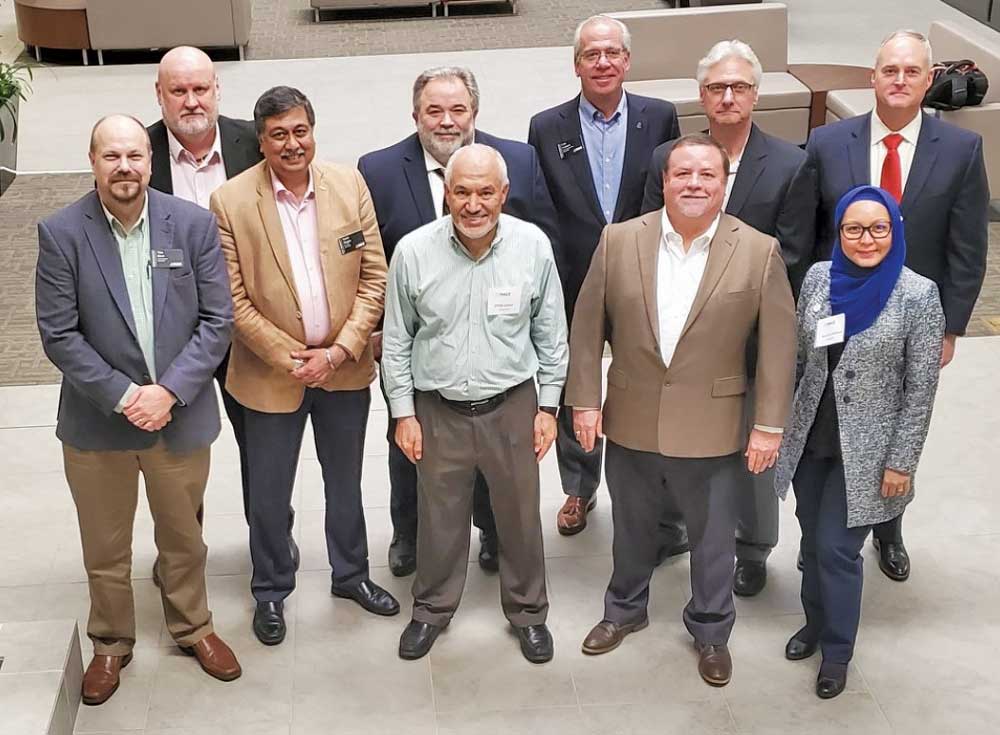 NACE continues to evolve. This year could see a major change in the organization as the joint staff and leadership from NACE and SSPC are nearing a decision on combining the two organizations. A merger of the two corrosion-focused groups would allow them to combine resources to better serve members.

“The logic is, they’re 70 years old, we’re 75 years, we’ve grown together, our roots may be different, but our work is similar,” says NACE CEO Bob Chalker. “We see a lot of value of having one organization that serves our customers, rather than two.”

While both NACE and SSPC have a long history of serving the corrosion control industry, their membership pulls from different segments of their respective industries.

“NACE has strong membership from asset owners, while SSPC has strong representation from contractors and applicators,” Chalker says. “There is tremendous potential for having everybody in one place, so we can offer soup-to-nuts solutions. That is more efficient and effective when it comes to public policy, recertification and engagement in the profession. It will also take away some confusion about the two organizations. If we can get to one streamlined approach to the corrosion industry, we will be able use all of our resources more effectively.”

Discussions between NACE and SSPC have gone well, but this isn’t the first time the two groups have considered a merger, according to Terry Greenfield, NACE president and principal at Consulex, an engineering and consulting firm that specializes in corrosion management.

“This is something that over the years members have talked about what an advantage it would be,” Greenfield says. “There are a lot of people who are members of both organizations. This just happened to be good timing, where there is alignment in the leadership of both groups, and it was an opportunity to get the discussion going again.”

To aid discussions, Chalker adds that NACE and SSPC brought in a third-party firm, McKinley Advisors, to act as a mediator. Over the past few months, McKinley Advisors has conducted interviews with 25 NACE and 25 SSPC designated individuals to determine the leading stakeholder concerns about the potential merger.

One benefit that Chalker sees with the merger is an improving resource allocation.

“From a capacity standpoint, right now there are many areas where we are duplicating efforts,” he says. “By eliminating that duplication, we can repurpose resources to accomplish new and better things.”

The aim for both NACE and SSPC is to ensure that members experience a seamless transition if the merger goes forward, Chalker adds.

“We want to keep all the support structures in place,” he says. “Both organizations are strong, and we want to keep it that way. There will be no drop in service and no staff reduction. All support members get today, they will continue to get in the future.”

A final decision about the merger is expected by the end of April, after the boards and membership of both groups have voted, Chalker says. The SSPC board of governors voted unanimously in favor of the merger on Feb. 1. The NACE board of directors will vote on March 14. If that vote is successful, then the members of both organizations will be asked to vote on or about April 1.

In the meantime, Chalker urges members to send questions and feedback via email to cooperation@nace.org or news@sspc.org.

Whether by creating a dedicated Standards Board to improve processes or exploring a merger with SSPC to expand its capabilities, these moves show that NACE continues its evolution toward serving its customers and providing solutions for corrosion.