A new pipeline in Ohio and West Virginia is part of a plan to expand natural gas transmission capacity from the Marcellus and Utica shale plays. 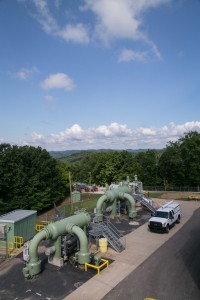 The new investments include two significant projects, one of which involves construction by Columbia Transmission of a new 160-mile natural gas pipeline in Ohio and West Virginia that will enhance its existing infrastructure and support natural gas supply development in western Pennsylvania, northern West Virginia and eastern Ohio.

“We have been a part of Ohio and West Virginia for more than 100 years and have an unparalleled footprint in the Marcellus and Utica production areas,” said CEO Glen Kettering. “These newly announced investments reaffirm our commitment to this important region and will increase the capacity and flexibility of the Columbia Transmission and Columbia Gulf systems to further enhance transportation options for producers in Appalachia.”

As production volumes continue to grow in the Marcellus and emerging Utica shale plays, Columbia Transmission has been working closely with natural gas producers to provide new transportation options to move gas out of the capacity-constrained supply basin and into the interstate market. The Leach XPress project will increase the capacity of Columbia Transmission’s system by 1.5 Bcf/d and move regional gas supplies to various markets, including its interconnect with Columbia Gulf in Leach, Kentucky. By connecting production areas to Columbia Transmission’s mainline system, the project will allow producers access to high-demand energy markets and support delivery of affordable, domestic energy for consumers.

A second project included in the overall investment announced Aug. 12 will provide additional capability for shippers to efficiently transport Appalachian production to markets via Columbia Gulf, which spans a corridor stretching from the U.S. Gulf Coast to Appalachia. Columbia Gulf’s Rayne XPress project primarily involves the addition of compression to Columbia Gulf’s existing pipeline facilities to provide transportation of more than 1 Bcf/d for the project shippers. The project is supported by long-term firm shipping contracts. 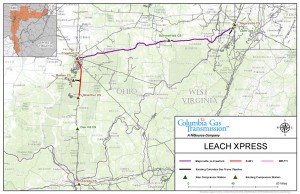 Columbia Pipeline Group has already begun outreach to landowners and communities in areas where the projects will take place. Prior to construction, the projects will undergo comprehensive and transparent environmental reviews overseen by the Federal Energy Regulatory Commission. Throughout the review period, the company’s project teams will continue to work closely with landowners, local officials and communities to provide up-to-date information and ensure community involvement in the process. Construction is expected to begin on both projects in fall 2016, with a targeted in-service date during the second half of 2017.